Top 10 Food Fads of All Time

Browse the article Top 10 Food Fads of All Time 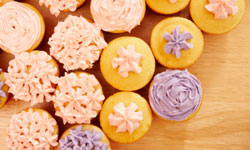 Cupcakes are today's food craze. What other fads have graced our culture? See more pictures of cupcakes.
JupiterImages/Photos.com/Thinkstock

Merriam-Webster defines "fad" as a practice or interest followed for a time with exaggerated zeal. We latch onto fads in fashion, pop culture, technology, and, yes, fads in food. Every year it seems there's a new "it" food. Suddenly, every restaurant is serving up the latest craze -- foams, sundried tomatoes, kiwi cocktails. But soon the fad fades, and the "flavor of the week" settles into obscurity, or at the very least, the below-eye-level grocery shelves. 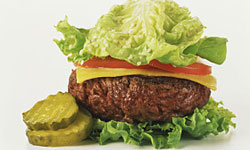 It was created in 1972, but the Atkins diet didn't captivate America until the late '90s and early 2000s. Devotees claimed weight loss of 15 pounds in the first two weeks. And suddenly everything on grocery store shelves was "low-carb," "no-carb" and "Atkins-approved."

The Atkins diet shuns carbohydrates for proteins and fats. During the first phase of the diet, carbs are cut out almost entirely. This means no bread, grains, baked goods, pastas, fruits, nuts or alcohol. Later, "good" carbs like vegetables are slowly added back in.

The medical community states the Atkins diet is no more effective than any other diet. The consensus is that weight loss occurs not because of carb cutting, but because food intake is restricted. Nevertheless, you'll still find plenty of people eating burgers sans buns.

Ah, the TV dinner. We're not talking about the fancy frozen food stocked in today's freezers -- sirloin tips, grilled salmon or pasta primavera. Think 1950s, aluminum trays, and peeling back the foil to reveal steaming-hot turkey or Salisbury steak, mashed potatoes and corn, and a bit of cherry cobbler. People would settle in with their TV dinners on trays in the family room and watch the tube while they ate.

The earliest "TV dinner" dates back to 1945, but it wasn't really a TV dinner; it was consumed on airplanes. Around 1954, though, Swanson took the idea and ran with it, pairing up the frozen meal with the latest technology craze -- the small screen.

You Think You Have a Problem with Leftovers?

Swanson launched its line of TV dinners to solve a problem: too many Thanksgiving turkey leftovers -- 260 tons, to be exact.

Believe it or not, bacon is currently enjoying a boom in popularity. We blame this food fad on the Internet; everywhere you click, a food blog is waxing poetic about the salted meat. A simple Google search yields endless bacon-related results, including candied bacon, bacon tattoos, bacon salt, deep-fried bacon and even instructions on how to make a bacon bra.

Bacon's not just popular on the Internet, though. The bacon meme has worked its way into real life. Many restaurants and fast-food chains now highlight bacon-heavy entrees on their menus. It's probably one of the most unhealthy food fads ever!

Today, we mostly think of gelatin (and the No. 1 brand, JELL-O) as a dessert. For a while, however, gelatin was actually featured as the main course.

Yep, not only did we serve gelatin as a main course, but we mixed it with things like meat, olives and mayonnaise. It seems crazy now, but gelatin "salads" were all the rage at dinner parties in the 1950s. To wit -- celery-flavored gelatin, congealed with chopped celery, pimento olives and cheese. Lime-flavored gelatin, with mayonnaise, cucumber and canned tuna. Unflavored gelatin with floating bits of turkey, chicken, carrots and green beans.

Think twice before serving a gelatin product to any of your vegetarian friends. Gelatin contains animal by-products, including hooves and bones.

When American astronaut Neil Armstrong first set foot on the moon in July 1969, he launched craze for anything space-themed.

The most popular of these was the powdered orange-flavored drink Tang. Although many people believed Tang was created specifically for the space program, it wasn't. At the time, General Foods sold Tang as a travel drink for consumers, but the space program thought it was a great idea. Add in a beloved advertising campaign showing astronauts drinking Tang, and a food fad was born.

The Birth of the Protein Bar

Kids who wanted to emulate astronauts also chowed down on "Space Sticks," a forerunner to today's protein bars, and space-age treats like freeze-dried ice cream. 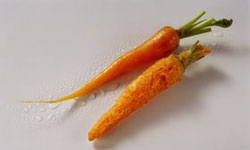 Remember when the only things deep-fried were french fries, onion rings and chicken? Well, things have changed. People will deep-fry anything nowadays, and other people will line up to try it. Here's a sampling of what you can get deep-fried: pickles, avocadoes, Oreo cookies, pizza, spaghetti and meatballs (really!) and even Coca-Cola.

Some people think the deep-fried craze erupted as a spiteful counter to the current healthy/organic food movement. Go ahead and sample that deep-fried Twinkie if you must, but don't even think about making it part of your regular diet; your heart and waistline will suffer.

Hugely popular in the 1970s, fondue was a staple at dinner parties. Picture it: people gathered around a pot of bubbling cheese, dipping bread and fruits with long forks into the pot, chatting and drinking wine. So cozy! No wonder every newlywed in the '70s seemed to acquire a fondue pot as a gift.

A typical fondue contains cheese, wine, flour and seasonings. A flame keeps it hot while everyone eats. Dipping items might include bread or fruit.

Not Just for Cheese

Oil fondues enable you to cook up your own meat. And dessert fondues mean you can dip everything from marshmallows to apricots into warm chocolate. 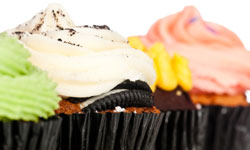 Just like the frozen yogurt and Cinnabon crazes before it, the cupcake craze is the latest trend in sweet snacks. Most people credit the television show "Sex and the City" with jump-starting the cupcake's massive popularity. After Carrie Bradshaw ate a cupcake from New York's Magnolia Bakery, people were suddenly lining up around the block.

How popular are cupcakes? The Wall Street Journal recently noted that cupcake bakeries are an important part of the improving job market in New York City.

Some people call them "slow cookers," but they're more commonly known by the brand-name Crock Pot. The Crock Pot came out in 1971, and women everywhere immediately embraced it. After all, they could start a meal in the morning, and the Crock Pot would have it ready by dinnertime. Keep in mind, this was during a time when women were entering or re-entering the workforce in record numbers and trying to find a balance between work and home life.

Crock Pot cooking is simple -- just put a bunch of ingredients in the pot, turn on the low heat, and the dish will cook slowly all day. Modern slow cookers come with timers to offer more flexibility with cooking times.

The Way to a Man's Heart is Through His Stomach

In 1975, Mable Hoffman's "Crockery Cookery" unseated "The Joy of Sex" as the No. 1 selling paperback. Guess we know where priorities were that year!

In the late 1980s, Americans went crazy for oats. Suddenly oatmeal, the scourge of breakfast choices, found itself the most popular girl at the dance. Why all the attention? A study came out stating that eating oats could lower cholesterol levels in the blood.

Faster than you could say "oatmeal cookie," oatmeal products were flying off the shelves. Unfortunately, even though these products contained oatmeal, many them weren't as healthy as advertised. For example, oat bran muffins exploded in popularity, but dieters didn't realize that the egg yolks in the muffins negated any positive effects from the oats. Fear not, though -- it's not all bad news. We simply recommend you make wise and informed choices. The oat bran craze continues today under the guise of the whole-grain trend.

Do you love food? We do, too. Check out the links on the next page to satisfy your appetite! 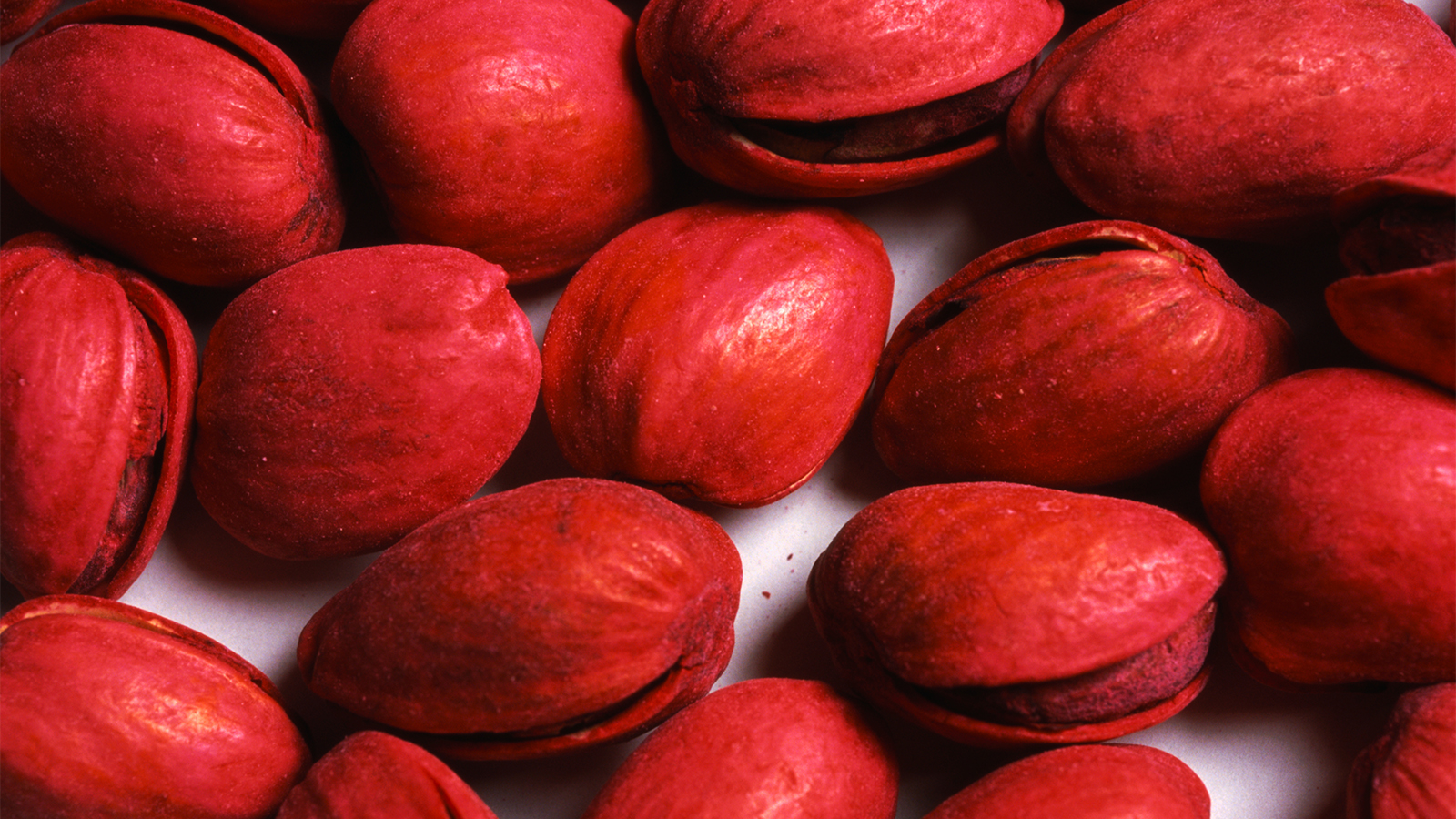 There was a day when you ate pistachios with the understanding that you'd come away with red fingers and red mouth. What happened to red pistachios?