10 Spices, Spreads and Oils for Your Healthy Kitchen

by Chris Obenschain
Prev NEXT
5 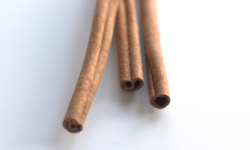 Although the scent of cinnamon causes many of us to salivate with thoughts of baked sweet rolls, cookies and other delectable treats, the truth is this spice is actually quite good for you (sans fatty baked goods, of course). Cinnamon comes from the dried bark of the tropical laurel tree, and it's one of the most popular and beneficial spices in the world.

Cinnamon has long been known to be an effective antiflatulent, but it's far more than a pleasant-smelling gas suppressant. It has been proven to increase circulation, especially in the abdomen, and can cure or improve a host of digestive and abdominal issues, from cramping to constipation. Cinnamon also naturally relieves joint pain.

The spice's most impressive curative property is the ability to save lives. Studies have shown cinnamon lowers cholesterol, triglyceride levels and blood sugar in people with type 2 diabetes. Additionally, cinnamon contains antioxidants that can improve artery health, and regular consumption of the spice may lower a person's chances of contracting cardiovascular disease [source: Women's Health].

Cinnamon is a very versatile spice. It can improve the taste of anything from ice cream to chicken and can even add a delicious jolt to your morning coffee. Try adding a teaspoon of cinnamon to the coffee grounds before you brew a pot -- it's as good as anything you can buy from a coffee shop and is much less expensive.