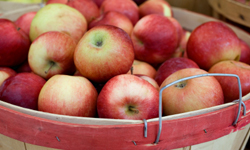 Apple Image Gallery With this many varieties, everyone can find an apple to tickle their taste buds. See more pictures of apples.
©iStockphoto.com/JoeBiafore

If you love history, mystery and happy endings, you'll enjoy learning about autumn apples. One of the earliest cultivated fruits, the apple has come a long way from its crabapple-like ancestors. Careful cultivation has transformed those original small, sour apples into large, sweet fruits. Grown in many parts of the globe, modern apples come in more than 7,500 varieties, representing a number of different shapes, colors and flavors.

Careful grafting practices account for much of the consistency in today's apples. Without relying on grafted stock from established strains, cross pollination would produce somewhat different apples with each new tree, and eventually apples would revert back to the smallish, unappealing stock that man first started cultivating in the Iron Age or before.

Selective crosses of established apple strains create new varieties, and some of the most popular apples sold in the United States today, like Gala and Fuji, are the result of carefully planned crosses.

The next time you eat an apple, show a little appreciation. Besides tasting good, most apples have long and respected pedigrees.

The Gala apple is a cross between the Golden Delicious and the Kidd's Orange Red. It was developed in New Zealand by J.H. Kidd and introduced to the Untied States in the late 1960s and early 1970s. Named to honor Queen Elizabeth II, who claimed upon visiting New Zealand that it was her favorite apple variety, the Gala is a premium snacking apple that's red with faint yellow vertical stripes. It's one of the most popular apples produced commercially [source: U.S. Apple].

There really was a Johnny Appleseed. John Chapman of Leominster, Mass., helped encourage apple cultivation across the United States by planting apple seeds he collected from cider mills. During his travels, he always left a little apple surprise behind. The crabapple is the only indigenous U.S. apple variety, so we have John Chapman to thank for helping to make apples a popular and plentiful American fruit [source: Davidson]. 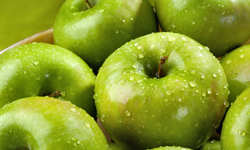 Granny Smith apples have a tart flavor to go with their sassy green color.
©iStockphoto.com/Daniel Bendjy

Anne Smith is credited with having discovered her namesake, the "Granny" Smith apple, in Ryde, New South Wales, Australia, in 1868. Although its parentage is unknown, one of this bright green apple's ancestors was probably a French crabapple.

Granny Smith apples are eaten both fresh and cooked. The tart flavor works well in pies and mixed apple dishes that rely on a number of apple varieties to provide complex flavor and good texture. If you want a stock of all-purpose apples that are as appealing as an afternoon snack as they are in a pie, the Granny Smith is an excellent choice.

Let's take a look at another mixed variety apple. The Fuji, a Japanese import, has a couple of interesting ancestors.

We have Japan to thank for the Fuji apple. One of America's favorite apples, the Fuji has been a familiar offering in produce departments since the 1980s. Although a relative latecomer, it consistently ranks in the top five most popular apples across the country. A blended variety developed in the 1960s, the Fuji is a cross between a Red Delicious and Ralls Jennet apple. The Ralls Jennet, or Genet, may have originated as a cutting offered as a gift to Thomas Jefferson by the then French minister to the United States, Edmund Charles Genet. You can begin to see the way apple cultivation has participated in historical events and crisscrossed international borders. There's nothing like a little travel to create an air of mystery and add to our appreciation of all that has gone into providing the variety we enjoy in seasonal produce.

Rubbing the exposed flesh of an apple with lemon juice will keep it from discoloring. 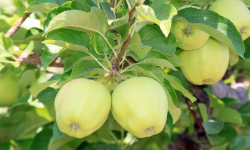 Let's move on to the most popular apple sold in the United States today: the brightly colored and shapely Red Delicious.

The most popular apple sold in the United States, the Red Delicious has been the superstar of American apple varieties since the 1940s. First discovered by Jess Hiatt on his farm in Peru, Iowa, in 1872 and named the "Hawkeye", this sweet, mildly flavored apple was eventually purchased by the Stark Brothers Nursery and renamed the "Delicious." The "Red Delicious" moniker was added later, probably to distinguish it from their "Golden Delicious" apple.

The Red Delicious has a deep crimson color and five distinctive pedestal extensions, or feet, on the bottom. It's typically large, lustrous and stores well, making it a favorite with growers and consumers alike.

Ten miles north of Gettysburg, Pa., you can take a peek at all things apple by visiting the National Apple Museum. Owned and operated by the Biglersville Historical and Preservation Society, this unique regional attraction has a replica 1880s kitchen and many historical artifacts associated with apples. 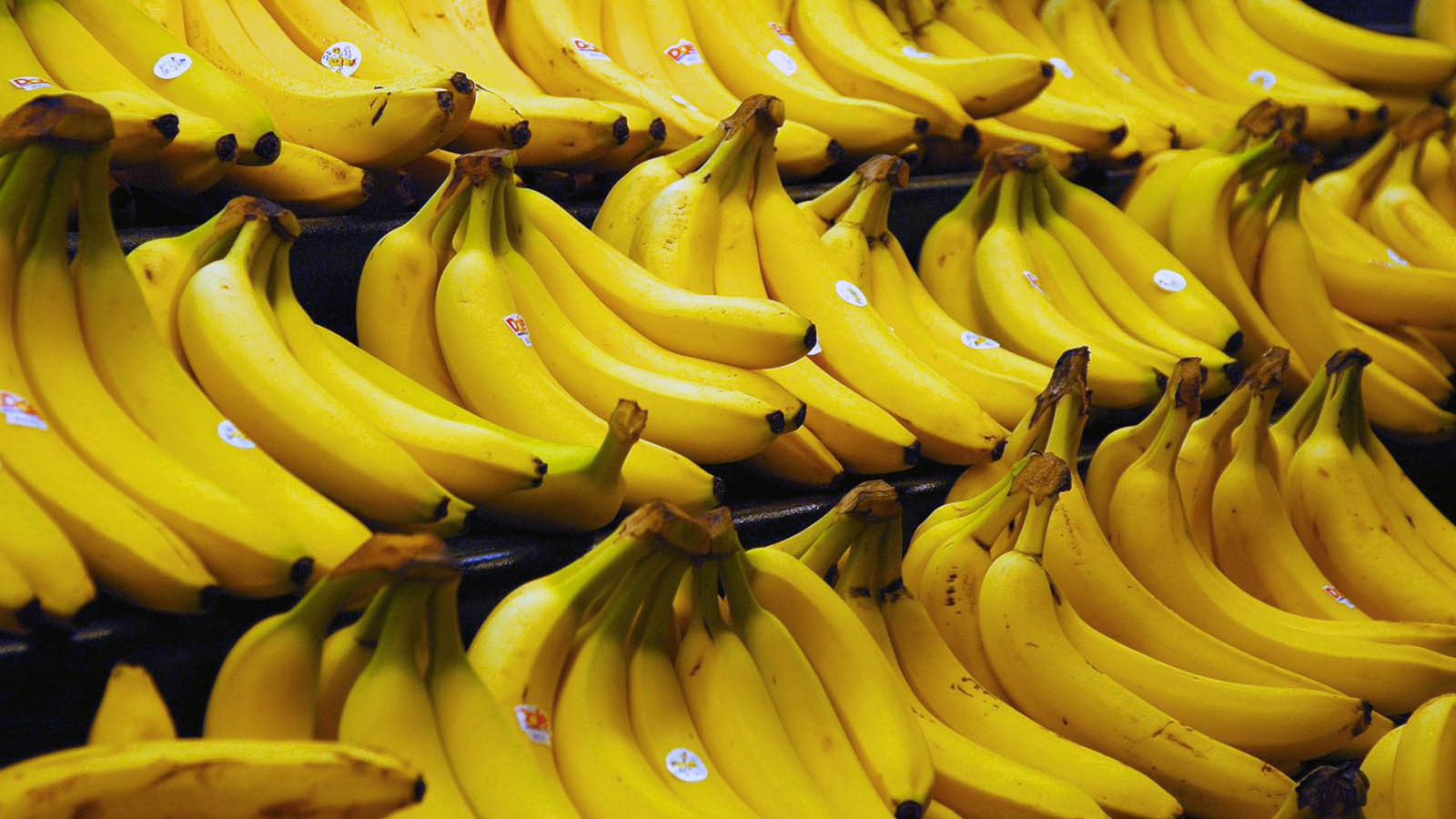 If bananas are berries and strawberries aren't, what in the world is a berry anyway? HowStuffWorks digs.