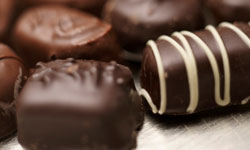 Chocolate is a wonderful, if guilty, indulgence. It's like reality TV of desserts. Just try to say no. Everyone likes chocolate and there are all kinds to choose from -- raw baking chocolate whipped into a sweet brownie batter, sweet, off-the-candy-aisle milk chocolate, savory dark for the chocolate appreciator.

But what separates all the various kinds of chocolates from each other? For the most part, it's the science of how cocoa solids and the oil of the cacao plant are treated, and even the amount of sugar used. (And did you know that white chocolate isn't even chocolate, legally or technically, because there's no cocoa in it?) So, here's some Take Home Chef advice -- and our exhaustively researched (by which we mean "thoroughly taste-tested") recommendations for the top five chocolate varieties. 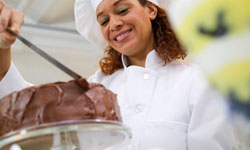 You'll need baking chocolate and a whole lot of sugar for your chocolate cake.
Creatas/Thinkstock

Baking chocolate is used for baking, obviously. The reason? Well, whether you're a home cook or a "Cake Boss," baking chocolate allows you to determine just how sweet or not sweet a dessert should be. Baking chocolate is sugar-free, natural chocolate products processed into a bar or powder. Its ingredient list reads "unsweetened chocolate," although it's technically made up of about half cocoa butter -- the oil of the chocolate-producing cacao plant -- and about half "cocoa solids," or raw chocolate nibs, also called chocolate liquor. Some brands may up one portion or the other (to as much as a 70/30 division). The result is pure chocolate that tastes pretty bad without anything to sweeten it up, but works great when mixed into a rich, chocolate cake recipe. Baking chocolate is also sometimes called bittersweet chocolate.

You probably have this in your pantry right now. (Go ahead and check. We'll wait.) Chocolate chips are the most common form of semisweet chocolate. It's a step up from baking chocolate in that it's palatable right out of the package because of its added sugar. But it still has a bold chocolaty flavor that isn't overpowered by sweetness. That sugar is there because semisweet chocolate is used as a convenience baking product for quick and easy at-home recipes, like chocolate chip cookies. This kind of chocolate is made up of the following, in this order: unsweetened chocolate (cocoa solids, chocolate liquor), sugar and cocoa butter. One tip: If you're planning on melting semisweet chips to make, say, fudge, check the label. If the semisweet chips are made with palm, coconut or another vegetable oil that isn't cocoa butter, it's inferior chocolate.

Sugar "lightens" chocolate, not by color but by taste. The sweetness takes the edge off the intense taste of chocolate. Dark chocolate, by definition, doesn't have a lot of sugar, so you get more of the natural, velvety, rich chocolate taste and "mouth-feel" -- with just enough sugar to prevent you from gagging. Another element of dark chocolate is that doesn't contain any of the "cocoa solids" or raw chocolate we've discussed throughout this article. In other words, all of the chocolate in dark chocolate comes from cocoa butter, the juice or oil of the cacao plant. (All that cocoa butter also takes up so much room -- and so much of the flavor profile -- that there's not a lot of room left over for much sugar.) Do note though that this definition applies to dark chocolate sold in the United States, where it's akin to a bolder, darker colored semisweet chocolate. In Europe, dark chocolate means baking chocolate.

Chocolate is certainly versatile, but there's nothing quite like milk chocolate. It's not too dark and not too sweet, rich but not overwhelmingly "chocolaty." Milk chocolate is not so much an ingredient or variant of chocolate like the others on this list. It's most likely to be consumed as-is. It's the most sugary kind of chocolate, so it doesn't have a bold, assertive or powerful chocolate flavor. It's also a fairly recent innovation. Swiss confectioner Daniel Peter (neither the first nor last chocolate maker in a nation now synonymous with the stuff) developed milk chocolate and chocolate bars in 1875 after nearly a decade of experimentation. Peter's recipe heated and then solidified liquid hot chocolate made from raw chocolate along with sugar and condensed milk. American milk chocolate today by law must include 10 percent cocoa solids -- the liquor or nibs -- and for its milk component can include powdered milk, regular liquid milk or condensed milk. 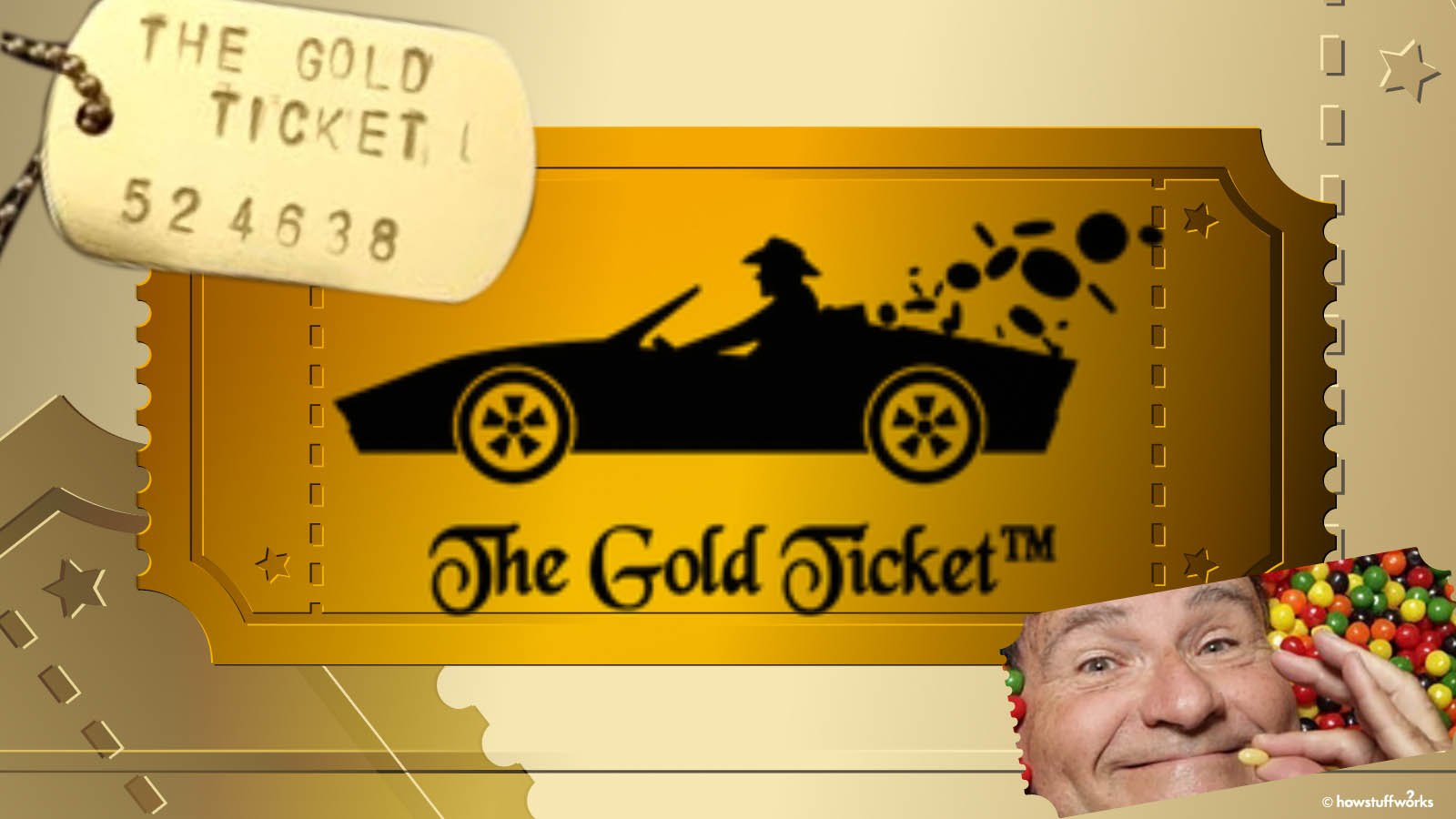 Find a Gold Ticket, Win a Candy Factory. For Real

If you've ever dreamt of living out 'Charlie and the Chocolate Factory' now's your chance — golden ticket hunt, winning a candy factory and all.