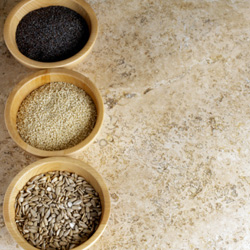 You wouldn't think you could do much to rice, but scientists are certainly trying.
Polka Dot/Thinkstock

Like most genetically modified foods, rice is being experimented on to make it more resistant to pests. And since rice is the staple food for more than half of the world's population, it's a pretty big deal to keep the rice crops of the world healthy as an important part of preventing starvation.

China is ahead of the game in terms of research, and even though a strain of pest-resistant rice has been approved in the United States, it hasn't yet been used by farmers. Since there's no widespread use of GM rice yet, it's not known what kind of side effects the strains could potentially introduce, if any. The first returns on the Chinese research indicate that farmers could potentially not spray any pesticides on the crops, which would be a marked reduction from the typical four per-year rate on most rice farms.