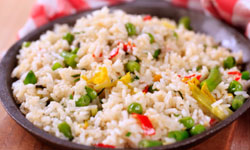 We know you live a busy life. Your day probably includes school drop-offs and pickups, carpools to soccer or ballet, work deadlines, meetings and more. When can you possibly squeeze in time to make dinner? Do you plan and prep ahead for the last meal of the day, or do you stare blankly into your cupboards as everyone is complaining about how hungry they are?

While soups and slow-cooker dishes are always quick and easy meals, we're thinking outside the pot.One-pan dinners are a simple way to make and serve dinner, and they cut down on a lot of after-dinner cleanup. The ideas we've included here are also great for fridge and pantry cleanouts, since all these recipes can be modified to use whatever vegetables, meats and seasonings you have on hand. Even better, some of these dishes can be prepared in advance and reheated as you're answering those tricky homework questions. Calling everyone to the dinner table will be a snap when you make one of these delicious meals!

Risotto is hearty, classic Italian comfort food. In its simplest form, risotto is made with Arborio, carnaroli or another short-grain rice, shallots or onions, stock or broth, white wine, olive oil, Parmesan cheese and salt and pepper. The beauty of risotto is its adaptability: There are endless combinations of meats, vegetables, seafood and spices you can add, making the dish either mild or loaded with flavor, depending on your taste.

Risotto is easy to make, but there are some tips and tricks that will make or break the dish. First, you need a deep saucepan with straight sides to hold all the liquid and rice. Next, heat olive oil in the pan and add onions, sautéing them until just translucent. Then add the rice and fry it in the oil for just a minute or so. Next, add wine to the rice and oil. After the wine has evaporated (which will happen fast due to the high heat of the pan), start adding your broth.

This part is crucial to making a successful risotto -- the broth or stock you're using to cook the rice should be hot and added gradually to the rice mixture. This ensures the rice will cook slowly and release its starch, creating a creamy texture. You also have to stir the rice and broth frequently so the grains cook evenly. If done properly, risotto will take about 30 minutes to cook. Be prepared to eat right away though, because this dish can't be made in advance and should be served immediately. And while it may sound complicated, cooking risotto doesn't take much effort beyond stirring.

Want to make risotto but only have long-grain rice in your pantry? Unfortunately, it won't work. You need the high starch content of Arborio or carnaroli rice to give the dish its signature creamy texture. 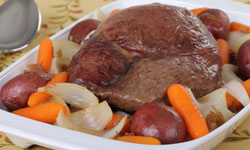 Cook a large pot roast so you'll have leftover meat for another dish later in the week.
iStockphoto/Thinkstock

Want to make something simple that will transport you back to Grandma's house? A comfort food favorite, pot roast or brisket relies on just a bit of prep work followed by a low and slow cooking.

Since you'll be cooking a fairly large piece of meat, you'll need a shallow roasting pan to that can fit it, potatoes, vegetables and basting liquid. Some recipes call for searing the roast on all sides first. It's not necessary (but it does enhance the taste), so if you're short on time, skip that step. Season the meat, which can be as simple as salt and pepper or more complex with paprika and cumin.

Place onions, carrots, potatoes or other root vegetables around the beef. Next, add liquid to the pan, which will baste the meat throughout cooking, and can be anything from beer, beef stock, wine or water. Cover and place in a low-temperature oven (around 325 degrees).

The general rule for a roast or brisket is to cook it about an hour per pound. So, if you have a 5-pound cut, it'll cook for four to five hours, or until the meat is very tender. And don't forget to baste! Just like a turkey, the more you baste a pot roast or brisket, the more tender and flavorful it'll be.

This dish tastes even better the day after it's made, when all the components have time to marinate in the cooking liquid. When it's dinnertime, simply reheat the entire dish on your stovetop.

Rice and beans is quick-cooking dish with endless flavor varieties. The beans provide protein and fiber and pair well with the whole-grain rice to create a nutritious one-pan meal.

Do a fridge and freezer sweep to see what you can throw in the skillet. Onions and bell peppers are standard, but think about adding green peas, celery, carrots or corn. Use a large skillet to first heat up vegetable oil. When hot, sauté onions and other veggies until tender. Next, add water, uncooked rice, a can of your favorite beans (rinse them before using to cut down on salt) and spices to the pan. Cover the pan while the rice is simmering; when all the liquid is absorbed and the rice is fluffy, it's done!

The best part of this dish is how you can mix it up. Keeping the dish vegetarian is just fine, or add chicken or sausage (such as chorizo or kielbasa) for a meatier option. You can also make rice and beans as mild or spicy as you like -- just add chili powder, jalapeno peppers or hot sauce to taste. You can also make a large batch for healthy leftovers for school and work lunches. Ready to cook? Here's an easy recipe to get you started.

Whether you call it arroz con pollo or know it as chicken with rice, it's a popular Latin-based meal that's hearty, flavorful and doesn't take long to cook. The flavors in arroz con pollo come through the spices and tangy ingredients such as green olives, white wine, saffron, peas and pimentos.

You need a large pan for cooking the chicken and then adding the rice and other components. Arroz con pollo typically features chicken pieces on the bone, but cubed chicken breast will cook faster. After you've lightly browned the chicken pieces, sauté the veggies for a few minutes. Then add broth or water, the rice and spices. Simmer covered until all the liquid has been absorbed and then fluff with a fork before serving. Whether you use a recipe with traditional ingredients or one with more familiar flavors, arroz con pollo is sure to please any palate.

Saffron, a common ingredient in many Latin dishes, is actually the dried yellow stigma of the purple crocus flower. There are only three stigmas per flower, which have to be harvested by hand. Because it's so labor- and time-intensive to collect, saffron is considered the most expensive spice in the world. 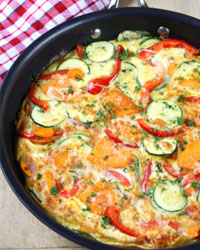 Frittatas, the Italian version of an omelet, fall into that fun "breakfast for dinner" category that's always popular. We love it because it's dead simple to make and is a healthy and filling meal all by itself.

A basic frittata recipe features eggs and cheese, but you can play around with an endless amount of added ingredients. More hearty ingredients commonly include ham, bacon, sausage, potatoes and onions, but vegetarian frittatas, featuring artichoke hearts, mushrooms, tomatoes and spinach are equally delicious.

Unlike French or American-style omelets, which are usually sautéed quickly for one person and folded before serving, frittatas are typically half-cooked on the stovetop, finished in the oven and are served from the pan to feed several people. Like several other dishes featured in this article, frittatas are great for using up meats and veggies in your fridge and freezer. Ready to have this breakfast dish for dinner? Try this easy cheesy recipe. 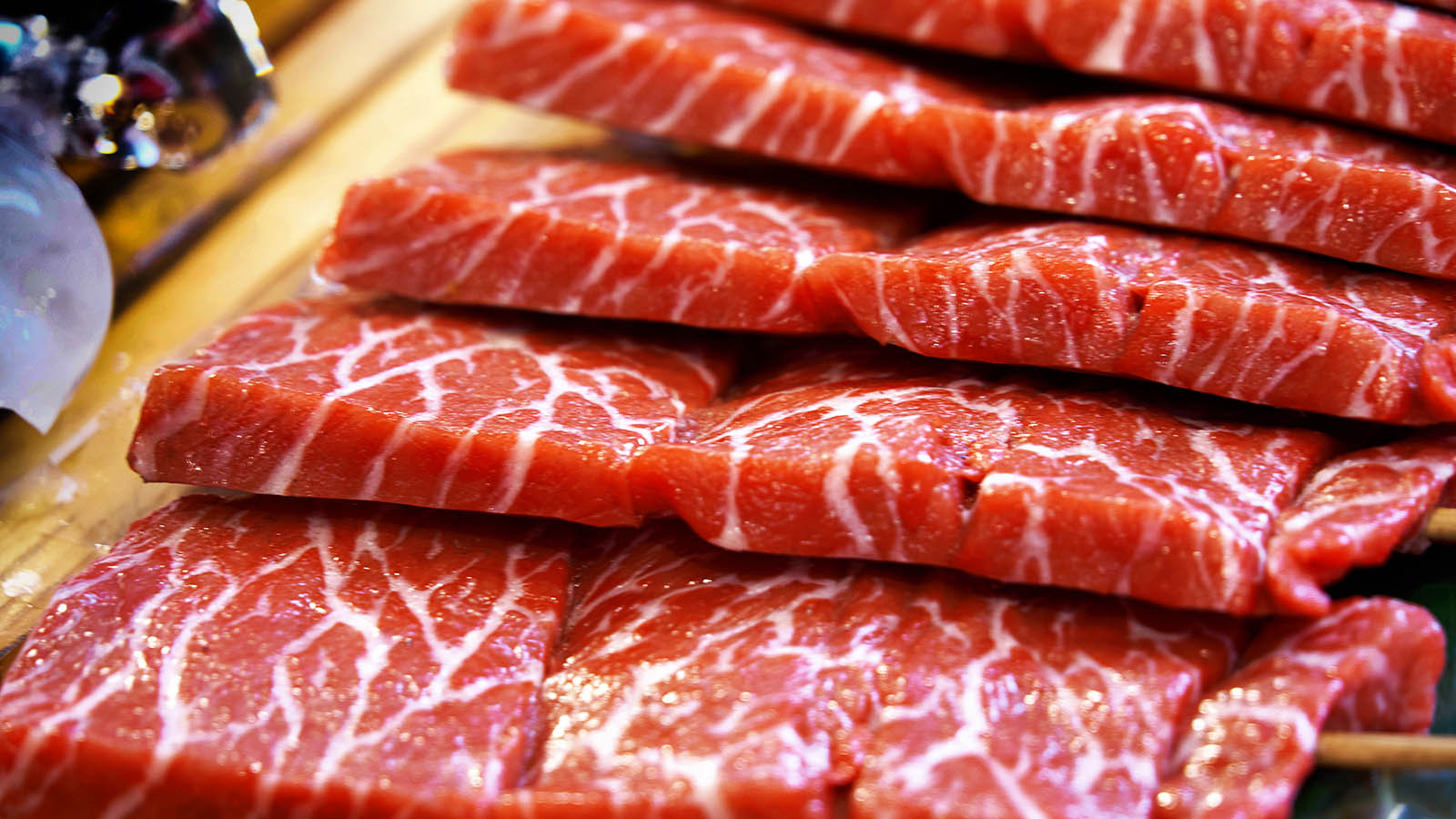 Is Wagyu Really Better Beef?
How long do you cook shrimp on the grill?
Kabobs: 5 Easy, Healthy and Fun Recipes