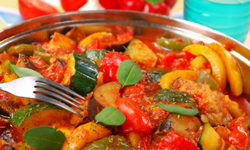 Your forays into French cuisine don't have to be limited to birthday dinners in fine and fiendishly expensive restaurants. Over the years, French cooking has developed snob appeal as well as a reputation for being difficult to recreate in your very own work-a-day kitchen (think cream-based French sauces). Serving French fare can even rile some folks who reject the hype and prefer to call breakfast egg and pastry dishes pies instead of quiches. Despite the potential backlash from down-home chefs intent on losing the falderal, French fare can be fun and surprisingly easy to make.

Just because that stew has a French name and calls for the addition of a soupçon of wine (just a tad), is no reason to drag out the good tablecloth and start stressing. Julia Child worked diligently for decades to make French cuisine accessible to the curious cook -- and she succeeded brilliantly. Don't let the unfamiliar vocabulary fool you. Many of the most beloved French dishes are comfort foods that originated with country cooks who weren't afraid to experiment.

In the next few pages, we'll take a look at five simple French dinners that aren't too persnickety when it comes to ingredients. Most of them are one-pot meals, so cleanup won't be a problem, either. Your family (and guests) will be saying, "Oh mon dieu!" (or, "Yikes that's tasty") long before one of these meals is over. 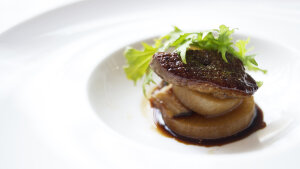 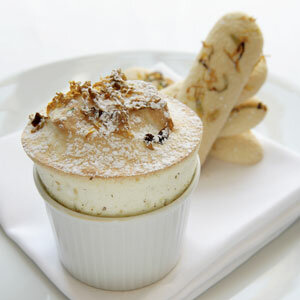