Browse the article 5 Tips for Making a Grilled Cheese Sandwich 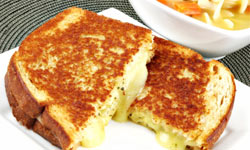 The crispy, toasted outside and the melted, cheesy goodness inside -- now that's sandwich perfection.
©iStockphoto.com/Thinkstock

Historically speaking, the classic grilled cheese consists of sliced American cheese sandwiched between pieces of white bread, and either pan-cooked or broiled to achieve that ooey-gooey melty goodness. Until now! We’re in the 21st century, folks, and to stick too closely to old tricks is to do this incredibly versatile sandwich an injustice. Here are five tips for creating the ultimate grilled cheese at home:

The grilled cheese, like any sandwich, should always considered a neatly packaged meal. The flavors should be balanced, of course, but also stimulate and satiate the palate. So while white bread and American cheese may very well be considered the quintessential pairing, consider other classic combos as well. Cheddar, for instance, melts well and is a true knockout when paired with crisp bacon, tomato, and crusty sourdough bread. Topping a slice of a fresh baguette with gruyere and caramelized onions creates the sandwich iteration of French onion soup, and using an extra-drippy, ultra-stinky brie with honey, mustard, and apples—piled adventurously on raisin bread—is essentially like recreating the sandwich version of a baked brie. More adventurous cheese lovers might choose a stinky blue, which pairs well with pear and spicy arugula. 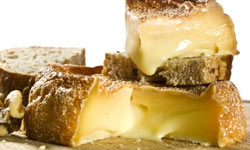 Cheese is arguably the highlight of any grilled cheese sandwich.
©iStockphoto.com /Juanmonino

Cheese is arguably the highlight of any grilled cheese sandwich, but that’s not to say other ingredients can’t—or shouldn’t—make some cameos. Just make sure whatever you add enhances your preferred cheese and bread without overpowering them. Take Swiss, for example. It works well on toasted wheat, but can fall flat without anything else next to it. That’s where a bright, crunchy apple might come into play—the acidity is a perfect complement to the generally mild character of Swiss. A cheddar, say, works well with prosciutto and bacon, which possess smoky undertones that bring out the cheese’s sharpness and are both thin enough to let the cheese itself shine. For something more offbeat, try sage leaves or sliced figs, which tend to bring out the luscious, gamey qualities of goat’s cheese, or sliced portobello and a little guacamole, which works well with pepper jack. Whatever you do, don’t pile on heavier meats or even deli like sliced turkey—it’s a main ingredient, after all, and only turns your elevated grilled cheese into, well, a turkey sandwich.

We’ve all seen mozzarella pizzas topped with ricotta: if you’re a true cheese lover, sometimes you need more than one type of cheese to get the job done. Ready to layer up? Try cheeses with similar firmness: cheddar and pepper jack, gouda and swiss, provolone and parmesan. More adventurous sandwich-makers might toss mozzarella into the mix—its mild flavor goes well with many stronger cheeses and its natural ability to melt well ups the creaminess factor.

For the surefire healthiest way of making grilled cheese, toast two separate pieces of bread, top with a low-fat deli cheese, assemble on a microwavable plate, and nuke for 20 seconds. No added butter or oil means no added fat, of course. But if grilled cheese is more of an indulgence than an everyday meal, let loose a little—diehards believe the flavor payoff is worth it. Lightly butter the outer sides of the sandwich, pop onto an extra-hot frying pan, and let brown on both sides. (A sandwich or panini press can also do the job.) In summer, coat crusty bread in gourmet olive oil, top with an extra-sharp cheddar and a few seasonal veggies, and let cook on the grill. Pair with a crisp white or rose wine and—voila!—the perfect warm-weather dinner, best enjoyed outside.

Though just terrific on its own, the right grilled cheese sandwich practically begs to be dunked in something. Tomato soup is a classic, of course, when paired with cheddar grilled cheeses; try French onion soup with a Swiss creation and rough-textured salsa for a grilled cheese made with pepper jack. But soup’s not the only important liquid in the game: beverages are worth mentioning, too. While wines might go best with raw cheese boards, grilled cheese enthusiasts have grown particularly fond of the way the sandwich pairs with beer. There’s no hard-and-fast rule about which cheese work best with which brewskies, but in general heavier beers (IPAs, stouts) complement sharper cheeses such as cheddar, low-hop bitter beers such as hefeweizen bring out the best qualities in chevre, and bries and camemberts work well with blond and pale ales. Try out different pairings and let your taste buds determine what works best for you. 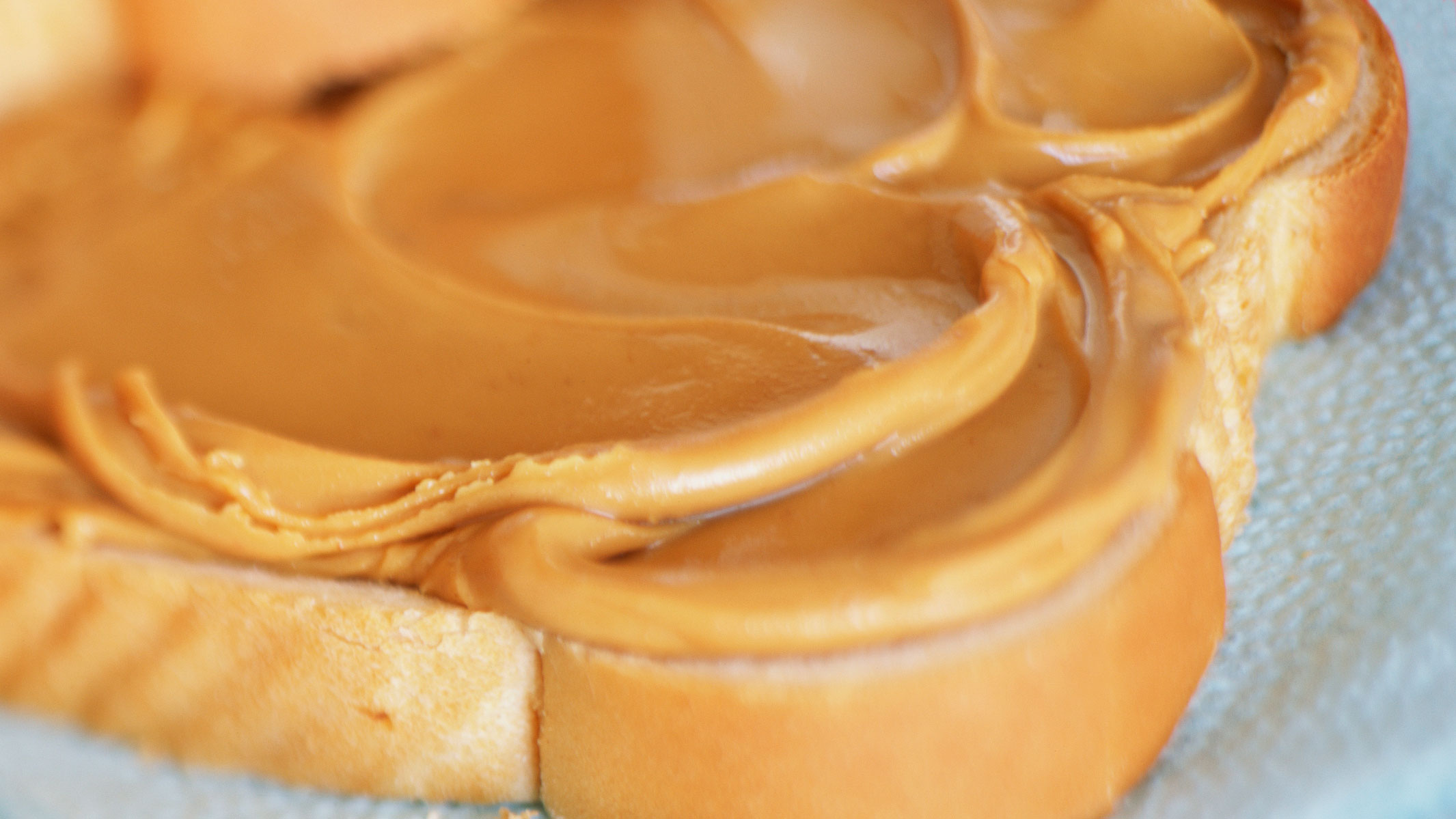 In honor of National Peanut Butter Month, HowStuffWorks spoons up a serving of peanut butter facts.