by Kate Kershner Jul 28, 2016
Researchers used sucralose, the sweetener found in Splenda, to test the effects of a diet heavy on artificial sweeteners on fruit flies and then mice. Bill Boch/Getty Images

It used to be that we saw artificial sweeteners as a diet savior. Eat all the sweet treats you want, drink all the cloying beverages you desire, as long as, of course, they don't contain the evil calories of sugar.

But research about sugar substitutes has unleashed quite a bit of controversy for a while now, with some arguing that zero calories doesn't mean zero health risks — or even zero weight gain. And a new study has found a new reason why eating artificial sweeteners may actually increase your appetite, and lead to overeating.

It comes down to sweetness. The researchers saw that when flies were given a sucralose-heavy diet, they began to eat a lot more. Investigating the cause, the scientists discovered that the sweet sensations were connected to energy content in the brain's reward center. Eating the artificial sugars made the intensity of real sugar even sweeter, which made the animals want to eat more.

It's significant that scientists can now see how artificial sweeteners stimulate appetite: by trigging a neuronal starvation response. That response causes us to believe we need more energy — and thus food, and calories. While artificial sweeteners may not be directly bringing calories into our bodies, they could be actually changing our perception of how much energy we need — and making us overconsume with "extra" food and nutrition. The fake-sweet stuff makes the real sweet stuff taste even better, which leads us to want increasingly more of it.

Here's How Many Rio Olympics Visitors Will Contract Zika Virus

One Time This Pony Drank a Lot of Diet Coke. Here's Why 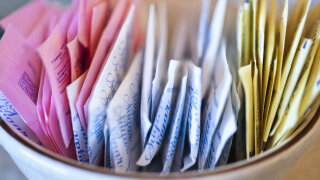 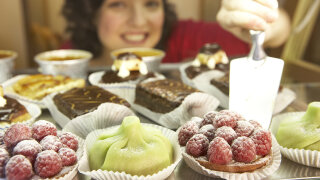