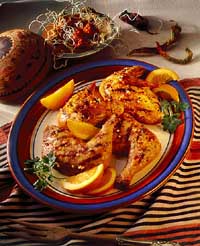 *For milder flavor, discard seeds from chili peppers. Chili peppers can sting and irritate the skin, so wear rubber gloves when handling peppers and do not touch your eyes.

Check out more recipes for Mexican