The Definitive Guide to Jerky: It's Not Just Beef Anymore

by Jeremy Glass Apr 28, 2020
Jerky is the ultimate road trip snack — it's totally portable, you can store it almost forever and today there are great options for non-meat-eating jerky lovers as well. Tannis Toohey/Toronto Star via Getty Images

Now, more than ever, the world needs something to be happy about, something we can come together and celebrate as a whole. That thing, as it turns out, is jerky — typically dried meat, but increasingly available in vegan and vegetarian varieties. Historically, every country and culture has its own jerky method and meat. Biltong from South Africa, Peru's dried llama and/or alpaca meat called Charqui, and Mongolia's pulverized strips of meat called Borts. If you can jerk it, it exists. So, where did this go-to road trip snack get its start?

The answer takes us back to around 500 years ago, but who actually invented the method of drying meat is still up for discussion. Some say it was one of the many indigenous tribes of North America who invented jerky — or "pemmican" — while others point to the Quechua people of the South American Andes as the true originators. Regardless of its roots, the end product has more or less stayed the same for hundreds of years: spiced, dried meat that's high in protein, and can be stored for long periods of time.

"Without the luxury of refrigeration, people had to find ways of preserving meat," says Andy Muntean of C-Star Provisions. "Drying it allows it to be stored and transported easily. Even though the modes of transportation have evolved over time (from horseback to road trips), the value of the product remains." With every country comes a different type of jerky that's unique to the people who inhabit the region. The jerky most Americans know and love is what the cowboys of the mid-1800s dried and ate while moving cattle.

Don Reeves of the National Cowboy and Western Heritage Museum explains that jerky "referred to sun-dried meat. You'd slaughter the animal – cattle, bison, deer, elk or antelope – and strip or jerk the meat." When the sun wouldn't suffice, cowboys would slow-roast the meat over a fire to achieve the smokey dry flavor. So, why did so many people turn to dried meat as opposed to well-cooked meat? Removing the moisture from meat makes it so "bacterial or fungal enzymes cannot react with the meat," which keeps the beef, turkey, pork or elk meat from spoiling, according to Jerkyholic, a website devoted to all things jerky. With the invention of preservatives like sodium nitrite (which blocks the growth of bacteria), you could very well squeeze a year out of a bag of jerky.

These days, companies are starting to move away from artificiality in lieu of a higher-quality, better-tasting, better-for-you product.

"We also don't use artificial flavors, nitrates, MSG or hormones," continues Muntean. "Not only is this the ethical thing to do, it just tastes better. Our jerky is insanely healthy for you, we don't pack it full of sodium and the only added sugar comes from organic honey. We are proud to offer a low-calorie, low-carb, low-fat, low-sugar and high-protein snack that satisfies special diets like paleo and keto."

The beauty of food like jerky is that it's relatively easy to make. These days you don't need hours of sunlight or a cowboy campfire to achieve the same goal as they had hundreds of years ago.

All you need to do is season your meat, marinate it for 4 to 24 hours, cut it into thin strips and roast it in your oven at 175 degrees F (79 degrees C) for around four hours. Of course, you could also buy a food dehydrator and let your imagination run wild. Because these days, jerky doesn't have to be beef ... or meat at all for that matter. There are plenty of vegetarian and vegan jerky options widely available for purchase: There's soy-based jerky, vegan mushroom jerky and the unusually delicious flavor of coconut jerky.

Centuries after it was first developed, people are still gobbling up jerky like they're getting paid to do it. And with good reason, too! Healthline reports that 1 ounce (28 grams) of generic beef jerky typically contains 116 calories, 9.4 grams of protein, 7.3 grams of fat, zinc, vitamin B-12, fiber, iron, potassium and more, though it is very high in sodium, typically at 22 percent of the recommended daily sodium allowance of 2,300 mg.

Now That's Interesting
So, which country does jerky the best? Hard to say, but Nigeria's Kilish is often coated with a spicy peanut sauce, as well as cloves, garlic and ginger.

Get to Know Denmark's Gorgeous Faroe Islands in 11 Stunning Facts

New Kaleidoscopic Map Details the Geology of the Moon 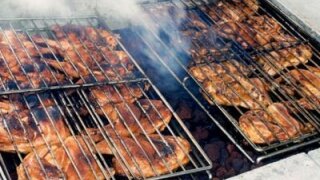 How to Smoke Foods 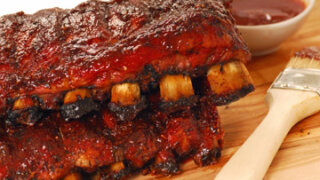 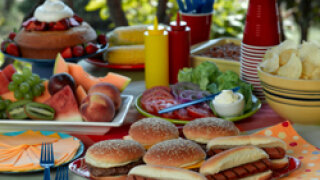