Browse the article Can synthetic foods be labeled 'organic'? 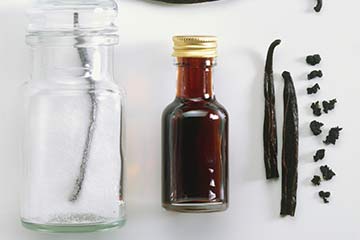 In 2014, the Flavor and Extract Manufacturers Association declared that synthetic vanilla extract could be labeled as 'natural.'
David Murray/Dorling Kindersley/Getty Images

There's been a whole lot of talk about genetically modified organisms (GMOs), with debate about their safety for human consumption, effects on the environment, labeling and regulation. But amid all the hubbub, you might not realize that there's a newer kid on the block: synthetic foods. Synthetic, or synbio, products aren't on the commercial market yet, but the uproar has begun, particularly around the fact that one synbio food ingredient has received the OK to receive a "natural" label. So is it just a short step now to the Holy Grail: an organic label?

To the uninitiated, GMOs and synbio products might be mistaken for the same thing. But whereas GMOs are created by copying genes from one existing organism and transferring them into another, the DNA sequences in synbio foods are completely computer-generated. Synthetic biologists create genes for certain enzymes and inject them into yeast. When the scientists combine that yeast with a carbon-based ingredient such as sugar, fermentation naturally occurs — with the injected DNA controlling the reaction to transform the sugar into one of any number of substances. The result is chemically identical to the natural substance. The first synbio products were mostly drugs and biofuels, but the industry has branched out into the big-money arena of food and fragrance ingredients.

In 2014, the Flavor and Extract Manufacturers Association declared that synthetic vanilla extract can be labeled as "natural." Because fermentation is a natural process and the yeast isn't present in the final product, the argument goes, synthetic foods can be called natural even though their DNA is computer-generated. But there are no regulations in place for the addition of synbio ingredients to other products — and no standard definition of "natural" in the food industry — so this has many people crying foul.

"Natural food" is a notoriously slippery term. The U.S. Department of Agriculture (USDA) (which covers meat and dairy products) does regulate its use, stating that natural foods are minimally processed and don't contain artificial ingredients or added colors. However, genetically modified and engineered products do make the "natural" grade. So there's some wiggle room there.

The stance of the Food and Drug Administration (FDA), which is in charge of most other foods, is vague. A statement on its website reads, "[The] FDA has not developed a definition for use of the term natural or its derivatives. However, the agency has not objected to the use of the term if the food does not contain added color, artificial flavors, or synthetic substances. Not hard to see how synthetic ingredients could end up bearing the "natural" label.

Organic products, however, are highly regulated by the USDA. No genetically modified or synthetic substances are allowed in the production of food labeled "100% organic." There is a strictly maintained, very short, list of permissible substances, and we think that adding synthetic spices or extracts to that list would raise a stink. But considering how quickly synbio development is moving, we have a hunch the issue will pop up before too long.