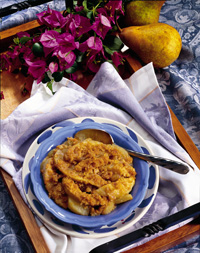 Hungry for something homey, warm and crunchy? Then this is the dessert for you. Pear Brown Betty features a spicy pear filling with a crunchy topping.