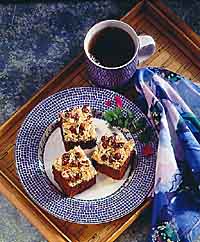 To toast flaked coconut, spread it in a thin layer on a cookie sheet and bake at 325&deg;F about 10 minutes until golden brown.

Check out more recipes for Brownies