Classic to Artisan: Cupcakes and Cakes for a New Era Pictures

A skilled decorator can turn a simple slab of cake into a masterpiece using frosting, fondant and the right embellishments. Discover new ways to turn cakes and cupcakes into fabulous works of art. 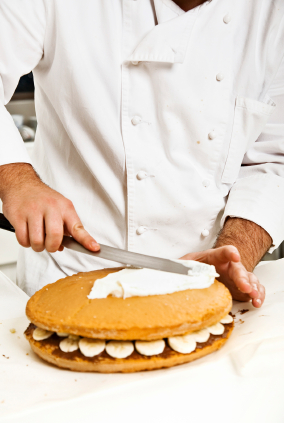 With frosting, fondant and the right embellishments, a skilled decorator can turn a simple slab of cake into a masterpiece. And it doesn't take a giant, multilayer confection to make an impression -- cupcakes can be beautiful, too. Take a look at some of today's most modern, intricate cakes. 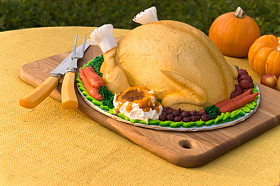 End your Thanksgiving dinner with a second round of turkey and mashed potatoes. But be prepared: This savory-looking feast is actually cake. 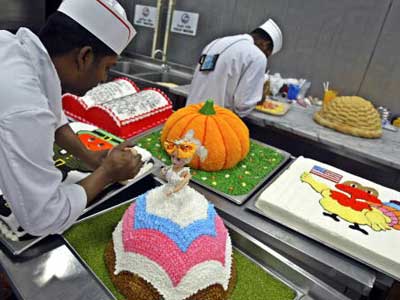 What do you do when you're baking for people of lots of faiths and backgrounds? Bake lots of cakes! These cake decorators are preparing for the U.S. military's Thanksgiving Day celebration in Baghdad, Iraq. 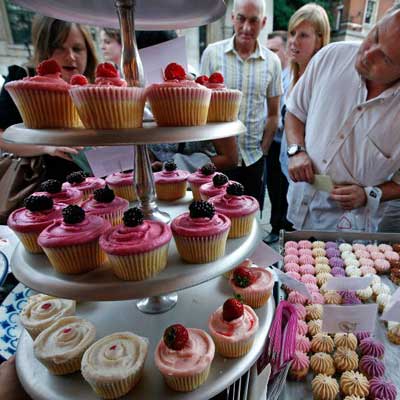 If you don't have the budget to cook a full-size cake for everyone you know, cupcakes are another option. Since cupcakes are small, it's easy to use complementary and contrasting colors and decorations to make an eye-catching arrangement. These are on display at the Covent Garden food market in London. 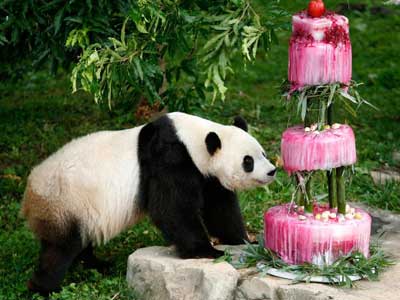 Cakes can be for animals, too. To celebrate the birthday of Tai Shan, a giant panda, the Smithsonian National Zoo in Washington, D.C., gave him a cake made out of ice, bamboo, shredded beets and beet juice. 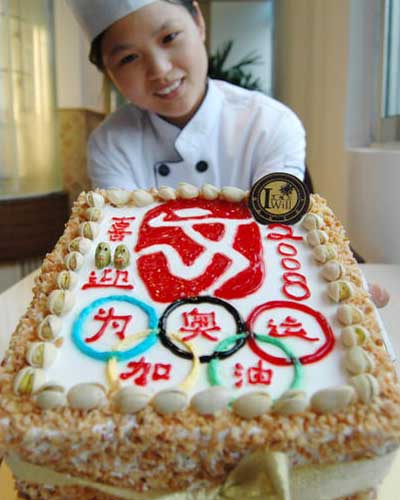 You can make an eye-catching cake using an ordinary, rectangular cake pan. Pastry chefs in Suzhou, China, welcomed visitors to the 2008 Olympics in Beijing with this cake. 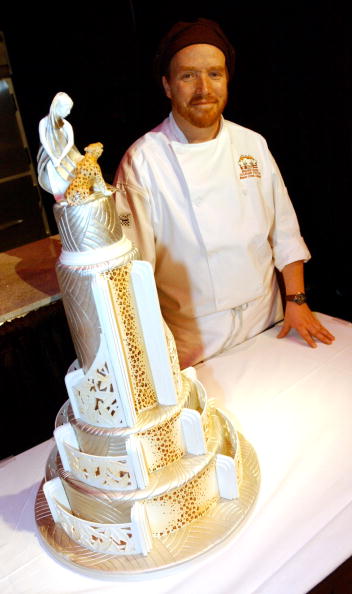 This sleek cake designed for a bachelorette party won Mike McCarey of Mike's Amazing Cakes the First Annual Pastry Competition in Beavercreek, Colo., in 2003. A leopard-print accent running down the front complements the cake's distinctive topper. 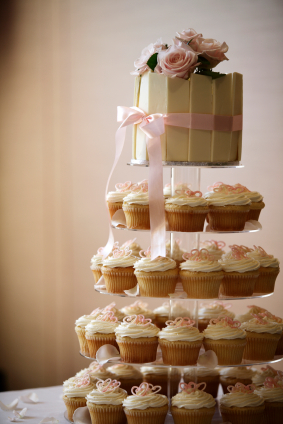 Cupcakes aren't just for birthday parties anymore -- cupcake trees are becoming popular at showers and weddings alike. By arranging cupcakes on a tiered server, the perfectly portioned cakes can have a similar visual effect to a traditional wedding cake. 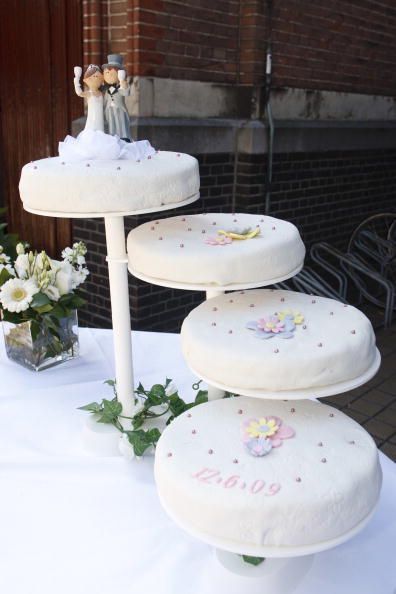 Of course, many couples are still opting for a more traditional wedding cake. This simple cake from the Netherlands was served during the wedding of Zaina Mohamed and Dennis Van Der Geest. 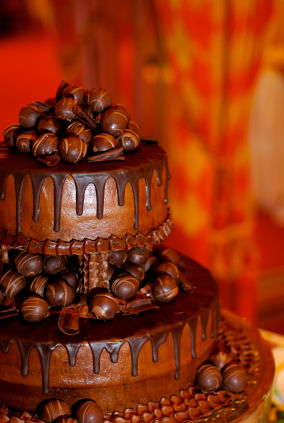 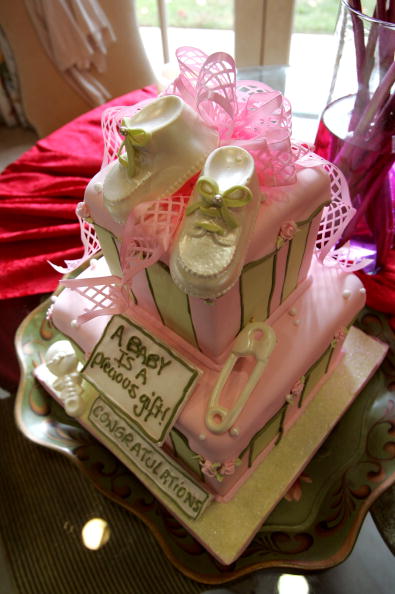 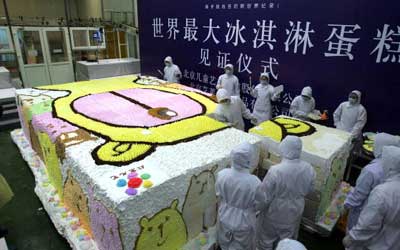 Some cakes are famous for their size, not their aesthetic appeal. Weighing in at 8 tons, this ice cream cake was made to break the Guinness World Record for largest ice cream cake. 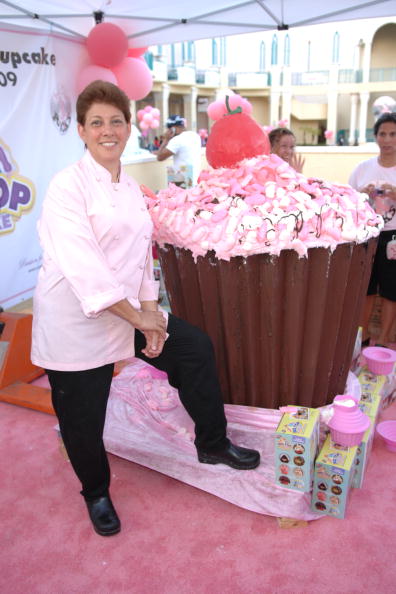 Teri Cahn holds the Guinness world record for the biggest cupcake. The cupcake was made for a breast cancer charity benefit. 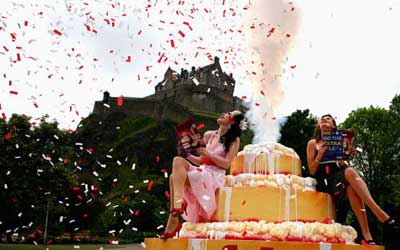 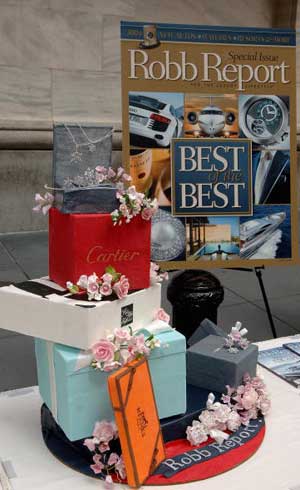 Even when they're small, cakes can get pretty pricey, but this cake doesn't top the value of the merchandise inside those boxes. The Harry Winston "Million Dollar Cake" celebrated the start of the Robb Report luxury index on the New York Stock Exchange. 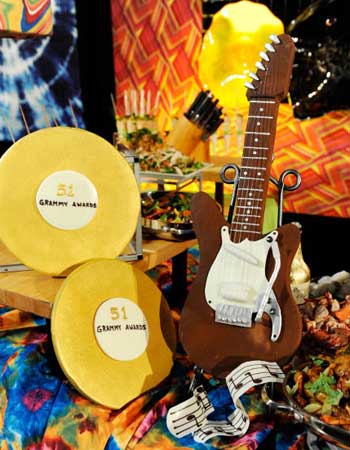 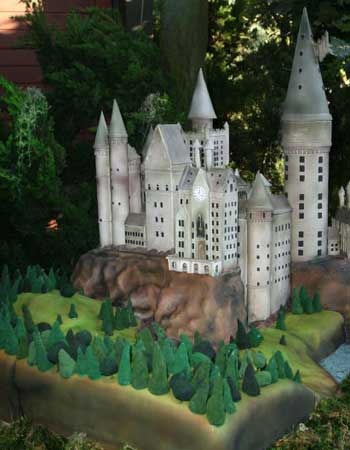 Hogwarts School of Witchcraft and Wizardry comes to life in this cake designed for the "Harry Potter and the Order of the Phoenix" premiere after-party. 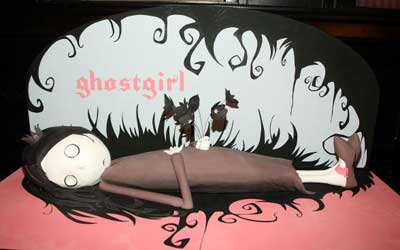