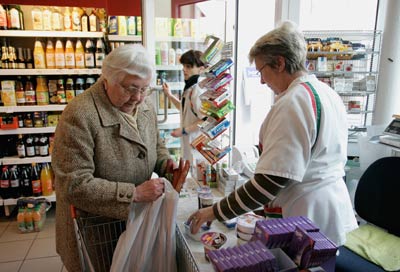 In much of the developed world, it's all too easy to take a day's meals for granted. Breakfast is something you grab going out the door, lunch is a diversion, and dinner is an evening's entertainment. And while a trip to the grocery store may be a bit of a chore, it's far from a life-and-death situation. However, the rising cost of food threatens to change much of this.

This customer buys food at a grocery store near Frankfurt, Germany. Germany's consumer price index jumped 3.1 percent from March 2007 to March 2008, due to rising food and energy costs.

In the United States, even the poorest households spend only 16 percent of their income on food [source: The New York Times]. In other countries, especially developing nations, that figure reaches 75 percent and higher. Rising food prices may be inconvenient for some households, but in parts of southern Asia and Africa, a 25 percent rise in food costs can lead to starvation, riots and political upheaval.

According to the World Bank, food prices have risen by 83 percent in just three years and will likely continue to rise [source: Cowen]. Governments have imposed tariffs and trade restrictions in an attempt to stabilize prices. In parts of Asia and Africa, food costs are already leading to social unrest. Global organizations like the World Bank and the United Nations World Food Programme are trying to alleviate the suffering. But why are food prices rising so rapidly?

While economists and critics place a great deal of blame on the growing biofuel market, experts identify a number of other contributing factors, ranging from global weather patterns to changing dietary trends.

So will people start pouring water in their cereal because they can't afford the cost of milk? In this article, we'll examine the many factors that are contributing to the rapid rise in food costs. 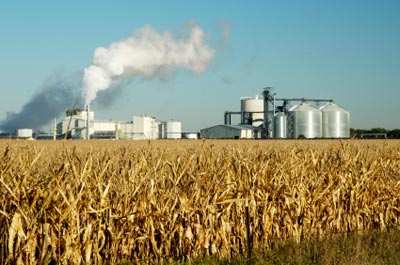 At heart, trade issues always come down to the principle of supply and demand, a game of tug-of-war between the producers and consumers. While issues on the supply side have certainly played a major role in rising food prices, experts also lay a portion of the blame on countless hungry mouths in the world.

There are approximately 6.7 billion people in the world, and the population increases by 78 million each year [source: Chamie]. To complicate matters further, analysts expect much of this growth to occur in Africa and Asia, where food prices are often highest.

Food price analysts also mention China and India's recent economic growth as additional factors that are driving up the cost of food. Large populations in these areas suddenly found themselves with enough disposable income to purchase meats and other pricey foods they were previously unable to buy on a regular basis, leading to more consumption. This follows an economic principle called Engel's law, which states that the healthier a country's economy, the more food its population consumes. A rise in the demand for meat means an increase in meat prices and an increase in meat production. This also ups the demand for produce, which is used to feed farm animals.

Rising food costs are due to more than just changes in how much we eat or what we do with the crops. In some cases, high prices are due to forces beyond human control. The recent drought in Australia (the worst in the country's recorded history) drastically reduced its rice production -- crops which normally feed 20 million people worldwide [source: Associated Press]. Droughts in Eastern Europe have similarly hurt grain and corn production. Other major harvests were disrupted by floods in West Africa and North Korea, deep frosts in China, and droughts throughout Africa. Many experts worry that these are not freak weather occurrences, but are symptoms of climate change.

Halting the global rise in food prices is no easy task with so many intertwined causes. Efforts are underway to increase the production of high-yield crops in developing nations, as well as increase wages to cope with the increased cost of living. Governments and global organizations are busy adjusting ethanol subsidies, tariffs, and trade restrictions to reduce food shortages. On the consumer end, the responsibility largely falls to the individual. Could you change your diet to help alleviate hunger, starvation and social unrest on the other side of the globe?

To learn more about biofuels, climate, global trade and other factors affecting rising food costs, explore the links on the next page.

Should you make your own kimchi?
10 Most Popular Cupcake Flavors -- and Why
How to Make Yogurt