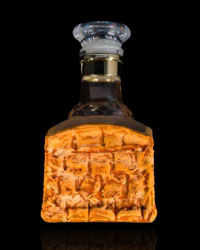 XO sauce probably isn't something you're going to find in a typical fast-food Chinese restaurant. Instead, it's considered to be one of the nation's more highbrow condiments. Originally developed in southern China, the "XO" name can be attributed to XO Cognac, a well-known, high-end liquor, which happens to be a main ingredient in authentic, homemade versions. Don't worry too much about letting the kiddos enjoy the manufactured variety, however. Most commercially produced XO sauces mimic the taste without any of the actual alcohol.

The sauce can also include red chili pepper, ham, dried scallops and dried shrimp, depending on the chef's or manufacturer's recipe. It's generally enjoyed with a variety of dishes, including dim sum, sushi, squid, vegetables and many types of stir-fry recipes.