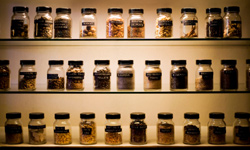 Herbs and spices can help turn a good meal into a great one. See more pictures of spices.
©iStockphoto.com/track5

When it comes to herbs and spices, the best things really do come in small packages. These aromatic additives have been used by civilizations for thousands of years not only for cooking, but also as natural preservatives, remedies for illnesses and even as a way to establish economic power. So next time you swivel your spice rack to find the perfect seasoning to make a meal complete, remember that the contents of each tiny jar have their rightful place in history -- and at your kitchen table, too.

When consumed in moderation, many of these seasonings act as a secret weapon for your health and have an interesting history all their own -- information that could be useful next time you're whipping up a quick dish. In no particular order, here are 10 must-have herbs and spices for kitchens all across the country. 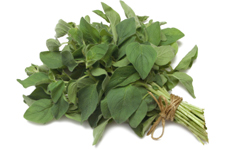 Oregano is popular in Mediterranean cooking and has a distinct aroma.
©iStockphoto.com/Tomboy2290

Oregano is a herb that's native to Europe, and it plays an important role in Mediterranean cuisine. Settlers brought oregano plants to North America in the 16th century, though it's popularity didn't really take off until pizza gained popularity with consumers after World War II. Oregano's earthy, warm aroma is distinct -- besides pizza and Mediterranean food, the herb is used in a variety of dishes ranging from sauces to chili. Due to its strong flavor and smell, it's best to pair oregano with other bold flavors, or it could end up dominating the dish.

Ginger has been widely used as a cooking spice since ancient times, but it's also been aiding people with illnesses for thousands of years, too. Ginger has been used to treat headaches, colds, menstrual cramps and flu-like symptoms. It's also used by many as a natural remedy for nausea and vomiting.

Ginger products are made from dried or fresh ginger root, and the mildly hot, bitingly sweet spice can be prepared as tea and added to a wide range of foods. Mix up a delicious ginger marinade for fish, chicken or vegetables, or add crystallized ginger to chocolate or shortbread to make a dessert that's both spicy and sweet. 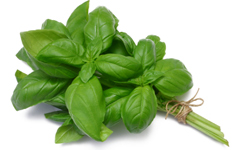 Sweet basil is a popular flavoring agent in many tomato-based sauces.
©iStockphoto.com/Tomboy2290

Genovese basil plants (the most popular and common basil variety) bear leaves that have a strong aroma similar to that of cloves or anise. While the leaves' odor is powerful, the taste is more subtle. Many cooks like to use basil in tomato dishes; the two flavors complement one another. Over the years, basil has become an important ingredient in Italian dishes that rely on tomato sauces. Other popular uses for basil include pairing it with meats, fish and salads. Lemon basil is often used in chicken dishes and desserts.

Healers have used basil often as a stimulant to treat maladies ranging from deafness to insanity. 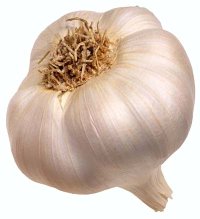 Garlic can add zing to a recipe while keeping vampires at bay.
Brand X Pictures/Thinkstock

Yes, we know: Garlic is a vegetable (not a herb or spice), but it's most often used as a seasoning. It belongs to the same family of plants as onions, chives and leeks. Garlic's strong odor and taste make it a powerful addition to any dish, and it can take many forms in the kitchen. Fresh garlic tends to have the most robust flavor, but garlic powder and even garlic salt taste great and are common key ingredients in everything from dips to seafood dishes.

Sage, an ancient herb, has long been used for medicinal purposes due to its astringent and antiseptic properties. It can treat mouth irritations like a sore throat, and research shows that it can even help diabetics by lowering blood sugar.

Sage is often used in salves and lotions, treating skin ailments and helping to curb excessive perspiration. It can also treat and remove dandruff buildup when used as a hair rinse, and it's a common ingredient in many perfumes. Like rosemary, sage has a pungent smell, and its aroma is described as fresh and soothing. Due to its savory, minty taste, the herb is often used in sauces and seasonings for meat entrees like pork chops, chicken breasts and turkey, and it's a classic pairing with winter squash and pumpkin.

Sage has long been used as a part of healing and religious practices in Chinese, Native American and Roman cultures. Sage smudge sticks were used in rituals to clear or cleanse objects and environments, and using the herb in this manner is still popular in some cultures today. 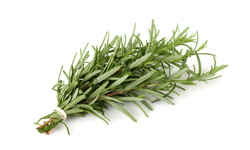 Rosemary is an evergreen shrub that also belongs to the mint family. The plant has a bitter, woodsy taste. Like oregano, rosemary can be a powerful seasoning and should be paired with dishes that have bold flavors. It's also a versatile herb; cooks commonly pair rosemary with meats, root vegetables and hearty stews or soups. Winemakers combine its essential oils with dry white wines to produce vermouth.

If you want to add rosemary to your dish, slide your thumb and finger down a sprig to remove the leaves, adding them before you cook your food. Chopping the leaves will release the oils inside and increase the intensity of the flavors. You can include entire sprigs of rosemary or even use them as skewers -- just be sure to remove them before you sit down to enjoy your meal, or you may be in for a bitter surprise.

Cinnamon is a sweet-tasting spice that's also good for your health. Studies show that it helps regulate blood sugar and reduce harmful cholesterol levels. The spice can even be used as a natural food preservative due to its ability to stop bacteria like yeast and mold from growing. Cinnamon is an ingredient in both savory and sweet dishes, including recipes for chili, beef brisket and pumpkin pie. Add a dash to your favorite coffee drink or sprinkle a mixture of cinnamon and sugar on whole wheat toast for a unique treat.

Cinnamon is harvested from the bark of evergreen trees grown in Sri Lanka and India.

Cumin is a spice with many uses: It can be used to treat skin ailments like eczema and psoriasis, regulate the digestive system, and it was even used by ancient Egyptians for the mummification process. Thymol, a compound found in cumin, improves digestion, and the spice's antiseptic properties could help strengthen the immune system. In cooking, cumin's pungent and powerful flavor makes it a common ingredient in many hot mixtures and powders, and it's very popular in Indian, North African and Mexican cuisine.

Allspice -- unripe, dried berries of the allspice plant -- has a distinct taste that has been described as a mix of cinnamon, nutmeg, cloves and ginger. The seasoning is often used in marinades and is common in English, Indian and Mexican cuisines. Besides being a cooking spice, allspice is often used to help ease symptoms associated with arthritis and muscle pain and serves as a digestive aid.

Allspice is grown exclusively in the Western Hemisphere, with the vast majority of the spice coming from Jamaica. 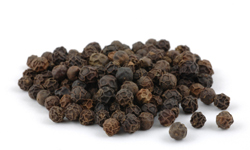 Black peppercorns may be the most popular spice in the world.
©iStockphoto.com/bedo

Few spices have as much of a claim to fame as black pepper. The spice comes from the berries of a climbing vine native to India. To make pepper, cultivators pick berries off the vines just as they begin to turn red. They're boiled for several minutes and dried for several days. Pepper's spicy kick has turned many a bland dish into an exciting meal. In fact, it may be the most widely used spice in the world.

Most people prefer to apply pepper directly to food after it's been cooked. Dishes with a cream sauce sometimes call for white pepper, a slightly milder version that doesn't leave those quintessential black specks in the liquid (if appearance is an issue for the cook). Both white and black pepper varieties come from the same plant, although each requires a different approach during production.

For more on cooking and related topics, take a look at the links on the next page. 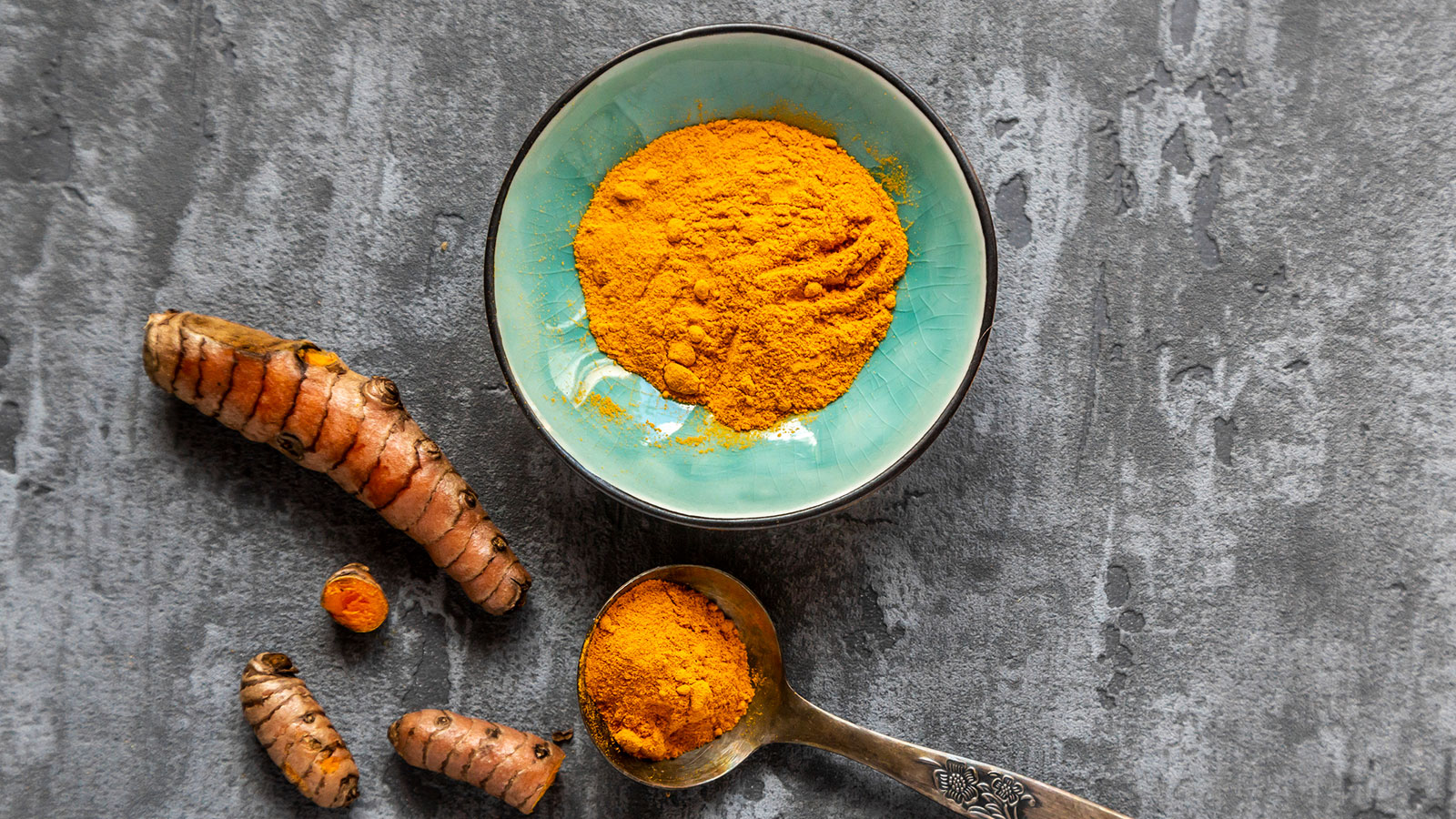 HowStuffWorks looks at the real health benefits of turmeric according to science.