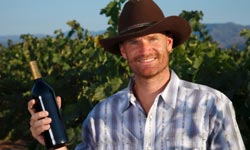 Texas has 11 wine trails that cover the three winemaking regions in the state.
©iStockphoto/Skip O'Donnell

Texas probably isn't the first place you think of when it comes to wine, and that's understandable. The state got off to a promising start in the mid-1600s, when Franciscan monks established North America's first vineyard here. Texas wineries continued to thrive through the 1800s, but Prohibition completely shut down the state's wine industry between 1919 and 1933; it took until the 1970s and '80s to really rev up again.

Since then, though, Texas has been more than making up for lost time. It's now the fifth largest wine-producing state (behind California, New York, Washington and Oregon), and the number of Texan wineries almost quadrupled between 2001 and 2011. Texan vineyards produced 1.2 million cases of wine in 2009, and its wine industry contributes $1.7 billion a year to the state's economy.

Read on to learn more about Texan wines and to plan a Texas wine trail vacation.

Texas is an enormous state (it's slightly larger than France), so it stands to reason that many kinds of grapes can be grown here: As of 2006, there were 21 grape varieties planted in Texas. There are three main wine-growing regions (North Central, Southeastern and Trans-Pecos) in the state, which are divided into eight federally approved American Viticulture Areas (AVAs) -- designated wine-growing areas based on climate, soil, elevation and geographic features.

Growing grapes in Texas isn't easy, though. European wine grapes such as cabernet sauvignon, chardonnay and merlot are very susceptible to Pierce's disease (a bacterial infection spread by bugs that eat grapevines), which flourishes in areas with warm, humid winters. The only solution for growing these grapes in Texas is hybrids made from native grapes such as black Spanish and blanc du bois. Generally speaking, European wine grapes do well in Texas's North Central region, but the farther north you get, the winters become too cold. In the south and east where humidity makes Pierce's disease more prevalent, muscadine, cynthiana and lenoir grapes (all hybrids) thrive.

Pierce's disease aside, cabernet sauvignon and chardonnay are the most popular wines in America, so they're also the most planted grapes in Texas; merlot, sauvignon blanc and chenin blanc round out the most-planted list.

Because it's so hard to grow grapes in Texas, wineries often have to buy grapes from other growers to make their wine. We'll explain more about wine labels on the next page, but basically, if it doesn't say "Texas" at the bottom of the front label, the grapes were not grown in Texas.

The Texas wine industry is booming, but you might not know that if you're not from the state. Texas laws prohibit wineries within the state from directly shipping their products to non-Texas addresses, and out-of-state retailers must obtain a permit from the Texas Alcoholic Beverage Commission to sell Texas wines.

Because there are so many different microclimates and soil types in Texas, there really is no way to generalize about the taste of Texan wines. A tempranillo produced in the North Central region, with its high elevations, low precipitation and cool nights, might as well come from a different country as a muscat from the hot, low-lying Southeast.

Texas wineries often buy grapes from one another and from other states. Since merlot and other classic European grapes don't grow well in the humid coastal areas of the state, if a winery near Houston wants to produce a merlot, it might get grapes from a vineyard in the Texas Panhandle -- or Napa, Calif.

At 15,000 square miles, the Texas Hill Country AVA is the second largest AVA in the U.S., and the Texas High Plains AVA has the highest concentration of wine growers in Texas.

Exploring any of the 11 Texas wine trails is the perfect way to experience the unique vinos, landscape and culture of that region. You can do a self-guided driving tour or travel with a group, and it's always fun to take a wine trail trip in conjunction with a festival or seasonal event. You can visit several wineries in a day, or take a more leisurely approach and make stops at restaurants, artists' studios and bed-and-breakfasts along the way. And don't forget to check out the beautiful scenery and perhaps take in some local music while you're sipping that delicious beverage.

The Texas Hill Country wine trail, which includes 27 vineyards, is the largest and most well-known in the state, attracting 5 million annual visitors. Many say the Hill Country is reminiscent of central Italy and the Rhone Valley of France, and Away.com named it the best hidden gem wine region in the country. There are four self-guided events on the Hill Country trail each year: Wine and Wildflower, Harvest, Texas Wine Month and Holiday. You'll need to pick up a ticket ahead of time (for all except Wine and Wildflower), but be warned: They sell out fast!

For those who'd like to go a little off the beaten path, there are 10 more wine trails in the state, each with its own wine varieties and special Texas twist:

If you're about to embark on a wine trail excursion, you might want to get a Texas Winery Passport; you can earn rewards (starting with a wine journal) once you've logged visits to eight wineries, and after 216 visits, you get a private wine tasting for 20 people.

The Hill Country Wine and Food Festival, held every April in Austin since 1986, is the state's premier wine festival. More than 9,000 people attended the four-day extravaganza in 2011, along with world-renowned vintners and chefs.

But if you can't make it to Austin in the spring, there's certainly no shortage of wine festivals all year throughout the state:

For more information about Texas wine, take a look at the links on the next page.