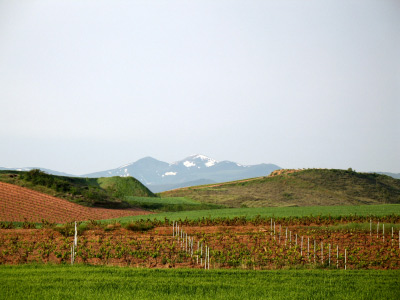 ­Spain has a rich history of crusaders, bullfights and ships filled with Spanish gold. But Spain is also home to one of th­e oldest and most well respected wine regions in the world: La Rioja. Named for two rivers and nestled in northern Spain, this region is tiny yet it delivers many fine wines.­

A large number of wine-producing countries use an Appellation of Origin, which is basically a coded name that tells you exactly where your wine comes from. Regions that have appellations are subject to strict regulations by their governing parties to ensure that the wine has been grown, harvested and produced with the highest quality standards. Spain's appellations include:

­La Rioja's designation is Denominación de Origen Calificada (DOCa) [source: Vibrant Rioja]. The region received the very first DO in 1925. Then the ­label was updated to DOCa in 1991 [source: Wines from Spain]. Wines with this label are considered top quality.

So how did the smallest region in Spain become such a world-famous wine producer? If you guessed that the Romans were involved, you're right. But the story of La Rioja goes well beyond the Roman Empire. In this article, you'll discover the history and culture of the region, the agriculture and the famous Spanish wines of La Rioja.

Let's begin by exploring the history of La Rioja's first vines and the cultural flavors that have contributed to the region's savored wines.

Like many regions in Spain, La Rioja has been home to many groups of people over the centuries. The Phoenicians, Carthagians and the Moors all made their way to La Rioja. But the most notable group was the Romans. The Romans started wineries throughout the region, and many of these wineries have withstood the test of time [source: Cellar Tours].

After the Roman Empire collapsed, the Moors did little to keep the La Rioja wine tradition going. But when Spain became its own country in 1512, winemaking was reborn. During this time, Benedictine monks began cultivating the land and developing numerous wines [source: Cellar Tours]. Slowly but surely, Spanish viticulture was making its mark on the world.

In the 1870s, a phylloxera infestation essentially wiped out vineyards in France. Vintners from Bordeaux decided to move to La Rioja to start over with fresh fruit. The French brought their techniques and money to the region and infused La Rioja with new life and improved wine production. By the time the phylloxera came to the La Rioja in 1890, the area was able to survive based on what the French had already learned about these dangerous grape pests [source: Hand Picked Selections].

Read on to learn about La Rioja's agriculture and viticulture.

How can one little bug cause so many problems for wine producers worldwide? It's all about the eggs. If you've ever seen an aphid, you can imagine what phylloxera look like. They are tiny -- and almost invisible. Female phylloxera are capable of producing up to 600 eggs at the roots of grapevines. With females producing between four to seven generations during the summer growing months, vineyards make for a phylloxera heaven. Vintners have learned how to develop bug-resistant vines, but phylloxera still create havoc in vineyards to this day [source: Wine Mag].­

­In order to harvest any good crop, you need good land, good weather and ­ hardworking people. In La Rioja's three regions -- Rioja Alta, Rioja Alavesa and Rioja Baja -- all of these exist [source: Vibrant Rioja]. The region's land benefits from the following factors:

La Rioja is well known for its Tempranillo grapes, but the region's winemakers work with other varietals as well.

There are many vineyards to choose from in La Rioja. Some of the most famous are:

Much of the region's land is used for the growing of grapes. Altogether, the grapes grow on 153,000 acres (62,000 hectares) throughout La Rioja [source: Wines from Spain].

Read on to learn about some of the famous grapes and wines of La Rioja.

The Battle of the Wine

­Each year on June 29, La Rioja residents hold La Batalla de Vino. It's said that the event started as a land dispute but has since become an all-out celebration of the region's wine culture. The mayor of Haro (a city in La Rioja) jumps on a horse and leads the people, dressed in white, to mass. After mass, everyone carries containers of wine and sprays and dumps wine on each other to turn the streets (and each other) red. The revelry doesn't end there, but rather continues in the bullring with a localized bull run. All that activity gets everyone ready for the final portion of the festivities -- an abundant Spanish lunch [source: Cellar Tours]. ­

As you may expect, La Rioja is serious about its wine classifications. The region's wines are classified according to how they are aged. You can choose from the following classifications:

The reds of La Rioja include:

The whites of La Rioja include:

If you can't make it to Spain but want to experience the delights and flavors of La Rioja region wines, try looking for it at your local wine shop or consider an online purchase.

In Greek mythology, Dionysus was the god of wine and vegetation. He was responsible for teaching the people how to grow grapevines and harvest their goodness. According to mythology, Dionysus died each winter and returned to life each spring [source: History Channel]. ­