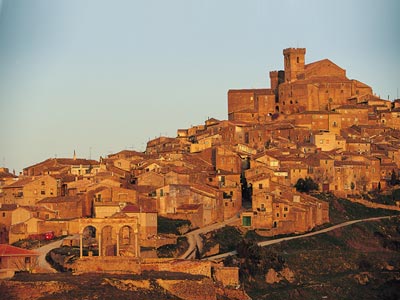 The Navarra wine region, which is located in the Basque country in northeast Spain, is comprised of five zones. See our collection of wine pictures.­
Digital Vision/­Getty Images

­One of the best advertisements of all time for Spain, and for wine, is Ernest Hemingway's classic novel The Sun Also Rises. As Hemingway's soused characters ramble through the Navarra region, the heady brew speaks through them, the medium of their liberation and self-destruction.

Navarra is located in the Basque country in northeast Spain. The Ebro River runs along its western border; to the north and east sit the Pyrenees Mountains that divide Spain from southwestern France. The region's principal city, Pamplona, is famed worldwide for the "running of the bulls" during the annual Fiesta de San Fermín [source: San Fermín Guide].

The Navarra wine region is divided into five zones: Valdizarbe, a mountainous region in the north; Baja Montana in the northeast; Ribera Alta in the center of Navarra; to its south, Ribera Baja; and Tierra Estella in the northwest. The region's topography and climate are very diverse, ranging from the cool, snowy peaks of Valdizarbe, to the desert-like conditions of Las Bardenas, to the sunny, mild breezes of the Ebro valley [source: Dawes]. Not surprisingly, amid such geographic diversity, the region produces many varieties of wine.

­Navarra has historically been overshadowed in the global wine market by its western neighbor, La Rioja. Despite its lengthy history of winemaking, Navarra has lacked a coherent marketing identity. The area has also suffered from an unfounded prejudice against rosé (rosado) wines, of which Navarra produces some of the world's best. Many new wineries have sprung up in the region in the past two decades, and they have boldly experimented with Spanish and international grape varieties, looking for the combination that will take optimum advantage of the local climate.

It's taken some time for the Navarra wine region's efforts to bear fruit, but the result is a selection of excellent Spanish wines of great value. From powerful reds to chardonnay-based whites to delectable sweet wines, Navarra has upped the ante for Spain. In this article, we'll explore the history and culture of the region, its agriculture and its amazing wines.

Read on to learn about the beginning of Navarra's winemaking industry. 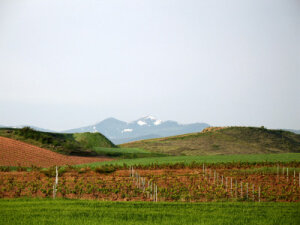 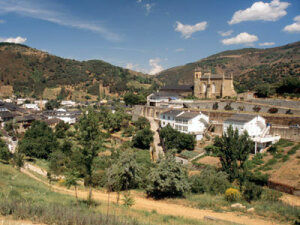 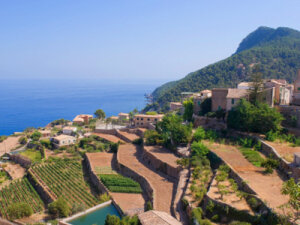