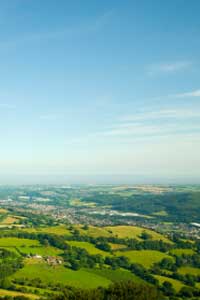 ­New South Wales, Australia, is a wine region like no other. While wine making is a growing industry, it's far from the sole focus of the area. Here, viticulturists share the fields with sheep, goat and cattle, and ranchers and farmers of cotto­n and honey. Exploring the countryside, you might see wallabies, dingoes, feral horses or rampaging toads -- not exactly what comes to mind when picturing hillsides covered with grape vines [source: NSW DECC]. Local vineyards' names represent an incomparable mix of English, French, Italian and Indigenous Aborigine.

In the past three decades, New South Wales' (NSW) wine production has leapt from local to international, now sharing their varieties with the world. But in their hom­eland, the wineries remain overwhelmingly family owned (over 75 percent in New South Wales, compared with 33 percent nationally), with more than 351 cellar doors [source: NSW Wine]. The annual crush -- the amount of grapes devoted to wine production -- is more than 5,500 short tons (5,000 metric tons) [source: NSW Department of State]. New South Wales now produces the leading wine import of the United States, the Yellowtail brand [source: NSW Department of State].

­Clearly, things have come a long way since Monty Python's Flying Circus lampooned Australian wine in a 1972 skit, which featured Eric Idle as a snooty so­mmelier proclaiming, "This is a bottle with a message in, and the message is 'beware'" [source: Monty Python's Flying Circus]. Oenophiles everywhere know that New South Wales wine must be taken seriously indeed. The future of Australia as a whole appears to include some great wines.

In this article, we'll take a look at the history and agriculture of the NSW wine region, along with some of the standouts -- or "regional heroes" -- among its wines.

European colonization of Australia began in New South Wales. European ships navigated around the country -- then called simply Terra Australis Incognita, or "unknown southern land" -- starting around the same time the first settlers arrived at Jamestown in North America. Not until 1770, did Captain James Cook (acting on orders from King George III) claim the Australian coast for England, naming the area New South Wales. Several French mariners also sailed and explored in the region; their discoveries are reflected in numerous place names, such as the Furneaux Islands.

Barely more than a thousand English settlers, some of them convicts being forced to relocate, arrived on the First Fleet, a group of 11 ships, in 1788. Like settlers in the New World, they faced problems of starvation and disease. They attempted to start farms; they also traded with local Indigenous Aborigines. The Second Fleet arrived with supplies in 1790, but so many of its passengers were themselves ill that it is often called "the Death Fleet." NSW remained a penal colony until 1823 [source: Australian Government Culture and Recreation].

British policy (similar to the American Homestead Act) encouraged settlers to spread out and begin farming in the new territory. The new land was rough, and competition for favorable tracts was fierce; legitimate colonists frequently had to battle it out with squatters.

As settlements spread, Indigenous Aborigines recognized the threat to their land and way of life, and began to resist British colonization. Some clans led attacks on British settlements. British lawmakers proclaimed that no one had owned the land prior to British claims; these legal battles were not settled until the 1990s [source: MSN Encarta].

The cultural conflict between colonists and Indigenous Aborigines would culminate in the 20th century with widespread disenfranchisement, discrimination and forced assimilation through the separation of Aborigine families, practices now recognized as a national shame. Not until the 1960s, when the Reconciliation movement gained official recognition, were Indigenous Aborigines counted in the Australian census, permitted to vote or granted social benefits [source: Australian Government Culture and Recreation].

What can you grow on a land so divided? Read on.

Gender Gaps in the Colonies

In the early days of New South Wales, there were roughly five men for every one woman. Most of the women had been transported for minor crimes, such as petty theft or prostitution. One, Mary Bryant, became a celebrity when, along with a handful of other convicts, she escaped the penal colony by stealing the colonial governor's boat and sailing several thousand miles with her two small children to Timor [source: Australian Government Culture and Recreation]. ­

Australia has no native grape species. European colonists in the First Fleet brought the first rootstocks to the continent. From those vines, first planted at Sydney Cove, has grown a flourishing industry [source: Visit NSW]. Early varieties were largely French (Cabernet, Chardonnay, Shiraz) and German (Riesling), but Italian vines such as Sangiovese are gaining traction [source: O'Donnell].

New South Wales has devoted itself not just to viticulture but also to research. Many of the area's technical schools and colleges train students in oenology and grape production. Some of the world's leading wine research -- particularly in the area of sustainable viticulture -- comes from the National Wine and Grape Industry Centre at Wagga Wagga. The combined focus on sound agriculture and education -- along with an emphasis on small, versatile, independent producers -- means that NSW is poised to become Australia's dominant wine-producing region, perhaps as soon as 2010 [source: NSW Department of State].

Viticulture in New South Wales can be a challenge. Some areas (such as Hunter Valley) are subject to regular droughts and floods. Humidity can also be a problem, creating problems with fungus and mold. Late-autumn rains have the effect of swelling grapes just before harvest, diluting sugars and other flavors. Planting further west, towards the Great Dividing Range, solves some problems of humidity but introduces problems of altitude [source: Corrigan].

Soil conditions differ greatly depending on the area. Australia's proximity to Pacific Rim volcanic activity makes for some interesting geographic variation. In some parts of NSW, the soil is volcanic, with high quartz content, which leads to strongly mineral white wines. In other areas, such as the flood plains, the soil is alluvial -- that is, it contains high quantities of sediment deposited by flowing water [source: NSW Wine].

Climates and temperatures, likewise, vary dramatically depending on altitude. As you might expect, wine production varies, too. NSW is divided into 14 recognized wine regions, each with its own standout wine [source: NSW Wine].

On the next page, we'll take a look at some of these sub-regions and their specialties.

One of the most pressing environmental and agricultural problems in NSW looks innocent at first: a cane toad. Cane toads arrived in Australia in 1935 (ironically, they were introduced to stop the spread of another pest). The problem? They have no natural predators here. They multiply unchecked, damaging crops and destroying habitats and food sources for several native species, some of which now face extinction. Cane toads also secrete a toxin that can kill native animals as well as domestic cats and dogs [source: NSW DECC]. Efforts to control them inspire such passion that citizens' vigilante groups -- calling themselves "Toad Busters" -- have sprung up throughout the country [source: Cane Toads].­

The New South Wales wine industry refers to its standout wines as regional heroes. Within New South Wales, there are 14 recognized regions. Some of the better known wine regions are:

Three high-altitude regions are known for their whites. Orange produces an acid, floral Cabernet Sauvignon. New England is the newest of the NSW wine regions. Its cool climate makes it a natural for its regional hero, Riesling. And Tumbarumba, the highest region, has recently transitioned from sparkling wines to Chardonnay. Its 2006 Hungerford Hill Chardonnay was the NSW Wine of the Year.

Always different, always exciting, the wines of New South Wales offer something for almost everyone.