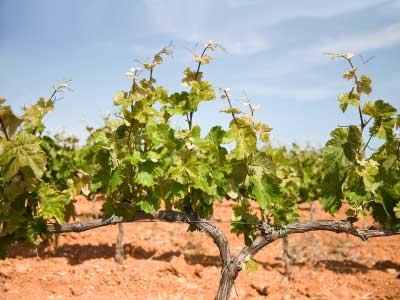 Back in the 1970s and 1980s, wine experts asked to comment on the quality of Spanish wines might have dismissed them as "over-sulphured" and "oxidized." Whether accurate or not, the criticism stuck and was widely applied to the mass-produced Spanish wine exported at the time.­ ­

Since those inauspicious decades, however, Spain has made remarkable strides in wine production and has emerged as one of the global leaders in wine innovation and research. After all, the vines from Spain were those that provided the seeds of successful wine production in the Americas and elsewhere. Now, with a growing reputation for producing quantities of robust, quality wines, Spain's fine wines are generating intense interest among wine critics. In fact, Spain is considered the best place in Europe to find good, quality wine at bargain prices.

­Of Spain's many wine regions, one drawing well-deserved attention is the tiny rural Priorat wine region. Located in the far northeast corner of Spain in the Catalonia region (also known as Catalu­ña), Priorat lies in a remote, mountainous area. The entire region covers only about 4,400 acres (1,800 hectares) [source: Cellar Tours].

Though only a two-hour drive from Barcelona, the Priorat region seems unconnected and remote from its urban neighbors. Small villages and tiny hamlets dot unspoiled landscapes marked by stone farmhouses, chapels and monastery and castle ruins set along the steep hills [source: Andrews].

Scattered among valley towns, the vineyards are planted in neat curving rows. Some are terraced into the mountain slopes and look like giant staircases. Typically, Priorat wineries, or bodegas, are small and -- thanks to the mountainous terrain -- tended by hand and muscle rather than by machinery. A single vineyard may produce no more than 5,000 bottles a year. Truly these wines are enjoyed locally, but it is possible to locate one of these rarities in a wine store in your community [source: Espavino].

Read on to learn about the history and culture of the area.

The Iberian Peninsula was frequented by invaders during the first millennium: Celts, Phoenicians, Carthaginians, Greeks, Romans and Visigoths. One of the most influential groups to arrive was the Moors, a Muslim army of Berbers and Arabs, which invaded in 711 and conquered the entire peninsula.

It took more than 700 years before the Christian kingdoms in the north were able to overthrow the last vestiges of Moorish rule by seizing the city of Granada in 1492. During the mid-12th century, however, Carthusian monks from France arrived in northern Spain to spread Christianity and set up the order's first Spanish branch in the Priorat region. By the time the state appropriated the monastery in 1835, the monks had covered the mountains with vineyards [source: Wines from Spain].

As Moorish rule deteriorated, two of the most powerful kingdoms to emerge and unite Spain in the late fifteenth century were Castile and Aragon. Catalan culture was considered the dominant part of the Crown of Aragon. From the unification of Aragon and Castile by the marriage of King Ferdinand and Queen Isabella, modern Spain was born.

As the Kingdom of Spain grew and power was increasingly centralized in the monarchy, Catalonia witnessed the erosion of its long-standing privileges and autonomy. Catalonia rose against Philip IV in the Thirty Years War (1618-48). It sided against Philip V in the War of Spanish Succession, which resulted in the banning of all Catalan political institutions and imposed military rule over the region [source: Info Please].

Strife within the country over the royal succession after Ferdinand VII's death was followed by hostilities on the French border. The French Revolution and Napoleonic Wars saw French troops occupying Spain. For a time, Catalonia was annexed by France.

The Catalans established a separate government in 1931. It failed in its revolution for complete independence in 1934, but successfully regained autonomy in 1936. The Spanish Civil War, 1936-1939 brought Dictator Francisco Franco to power. Franco squelched Catalan identity, even banning the language. But with Franco's death in 1975, Catalonia has enjoyed peace and a thriving economy [source: Info Please].

Interested in finding out about the Priorat wine region's agriculture? Read on.

Robust meals accompany the area's robust wines. Local favorites include fricando, a hearty veal and mushroom dish, botifarra sausage and roasted vegetables served with tangy romesco sauce. And olive oil made from the tiny arbequino olives grown nearby is a staple in the area [source: Cellar Tours]. ­

Wine production was restricted while Priorat was under control of the Moors. So it wasn't until the 19th century that about 36,000 acres (15,000 hectares) were being cultivated for winemaking in the region. But a vine louse destroyed the Priorat's winemaking industry in 1900 causing many farm and wine-producing families to emigrate. The farmers who stayed turned to almonds, hazelnuts and olives as alternative crops. It wasn't until the 1950s that the replanting of vineyards began. Progress was slow, though, and by the 1980s only about 2,100 acres (900 hectares) had been planted with grape crops[source: Barcelona Field Studies Centre].

Known for its dry climate and poor soil, the Priorat region gets such little rain that locals say the priorato vines can suck water out of stone. They have to. The area is of volcanic origins, and its soil consists of slate and quartzite, or small particles of mica. The topsoil is only 19.7 inches (50 centimeters) thick, so the vines must plunge deep into the bedrock to find water [source: Wines from Spain].

The slopes are so steep that machine harvesting isn't practical for most wine producers in the Priorat; grapes have to be picked by hand. Most vineyards are planted between 328 feet (100 meters) and 2,297 feet (700 meters) above sea level. Between the harsh conditions and the amount of manual labor required to produce wine in Priorat, it's not surprising the yield is low. Not to worry, though -- the quality is extremely high [source: Cellar Tours].

Several producers established a cooperative, which proudly put its first wine on the market in 1991. When American wine critic Robert Parker gave that first vintage top marks, and the New York Times wrote about Priorat wine, prices soared and the industry took off. Since 2000, Priorat's vineyard land area has doubled, as have its export sales. The 85 producers in the Priorat region now produce half a million liters of wine annually [source: Barcelona Field Studies Centre].

If you're ready to try out one of the region's famous wines, grab a glass and move ahead to the next section.

You might find handy a cheat sheet of Spanish words translated into English or more detailed descriptions when trying to select a bottle from the region. Consider printing out the following:

Don't worry, you won't be tested on these words, but knowing them will only benefit you as you search for that perfect wine. Need more help? Look at the suggested wines below from the region, and enjoy.