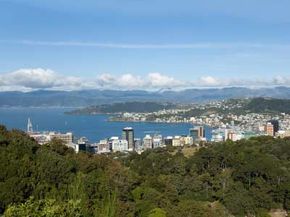 ­The luscious green lands of New Zealand are well known by moviegoers who saw the "Lord of the Rings" movie trilogy. But Wellington is also making its mark on the map as one of the world's well-known wine regions. If you've ever wanted to journey to this enchanted island country but don't have the cash, you can simply pick up one of their whites or reds and bask in the experience.

New Zealand is comprised of two islands. The south end of North Island is where you'll find Wellington. This location is extremely convenient for wine makers because of its proximity to Australia and the inter-island ferries that carry passengers between the North and South Islands. Wellington dwellers have the immense benefit of convenient international and region travel. Also, all roads on the North Island literally lead to Wellington [source: WellingtonNZ].

­The Wellington region is comprised of five areas. Each of these areas offers its own special delights: Lower Hutt (or Hutt City), Upper Hutt, Porirua, Kapiti Coast and the Wairarapa.

The interesting thing about Wellington's wine regions is that Wellington itself is not a wine-producing city [source: WellingtonNZ]. Instead, it's the center of five regions (stretching over the two islands) that make up New Zealand's wine trail. The wine trail includes: Hawke's Bay, Tararua, Wairarapa, We­llington and Marlborough [source: Classic New Zealand Wine Trail].

Wairarapa is a 90-minute drive from Wellington, and here you'll find what is known as Wellington's true wine region [source: WellingtonNZ]. Wellington and Wairarapa are the focal point for great wines in New Zealand. In this article, we'll explore the Wellington wine region's history and culture, its agriculture and its famous New Zealand wines. Read on to learn the history of this fruitful land.

Wellington's history, even going back quite far, has never been short of characters. The Maori inhabitants are indigenous to New Zealand. During the 10th century, Polynesian explorer Kupe landed in Wellington Harbour [source: WellingtonNZ]. The historical details of Wellington's inhabitants are shadowed by antiquity, but we do know that the Dutch showed up in 1642. From there, New Zealand was landed upon and mapped by the British (including the famous Captain Cook) and the French from the 1700s through the 1800s [source: NZHistory].

In 1840, after realizing the French were moving in on "their" territory, the British decided to create The Treaty of Waitangi. Maori chiefs signed the document on May 21, 1840, officially bringing New Zealand under Britain's wing. Since that time, there have been over 1,000 claims of British treaty breaches [source: NZ History].

Despite continuous land ownership disputes, people still needed their wine. Samuel Marsden, a British missionary, first introduced grapevines to New Zealand in 1819 [source: The Encyclopedia of New Zealand]. From there, others experimented with vineyards, but it wasn't until 1895 that someone saw the area for what it could be -- a wine gold mine.

Romeo Bragato was a wine expert from Europe. He encouraged New Zealand to unify its wine-making efforts and take advantage of new vines that were resistant to the ravenously hungry phylloxera bugs that were taking over Europe. In 1902, Bragato became the government viticulturist for the New Zealand Department of Agriculture [source: The Encyclopedia of New Zealand]. Today, the wine-producing industry can thank its very own Romeo for getting things started.

To make great wines, you need to know how to work the land. Read on to learn about the Wellington wine region's agriculture.

Besides being a beautiful country, New Zealand is quite safe compared to other tourist destinations. The World Health Organization (WHO) recognizes Wellington, the capital of New Zealand, as a WHO Safe Community. When it was designated in 2006, it was the only capital of a country to hold this title [sources: WellingtonNZ, ESCON]. You can feel secure knowing your Wellington wine journey is one of the safest in the world.­

In a competitive world, it's often hard to find your footing. New Zealand wine growers benefit from having multiple organizations designed to help them conform to local and industry standards, as well as helping growers remain eco-friendly. The Wine Institute of New Zealand was formed in 1975, and New Zealand Winegrowers roared to life in 2002 [source: New Zealand Wine].

New Zealanders know they have something special: remarkably green, lush land. No one wants to mess that up. Wine producers in the country now focus on an initiative called Sustainable Winegrowing New Zealand (SWNZ), which began in 1997 [source: New Zealand Wine]. Wine growers can look to SWNZ for leadership regarding best environmental practices, technology updates and innovative wine production techniques.

Wellington and its surrounding towns benefit from their proximity to the ocean and the calm climate of the region. Along with Wairarapa, the region also claims a town called Martinborough, which is the best-known and oldest wine area under the Wellington umbrella. The magic of this town's wines can be seen with the overwhelming success of Martinborough Pinot Noir [source: New Zealand Wine].

The Wellington wine region benefits from gravelly subsoils, alluvial loams, a long growing season, cool nights and plenty of bright sunshine [source: New Zealand Wine]. Although Wairarapa only produced 1,900 acres (777 hectares) of wine in 2006, it's still considered to be one of the richest wine-producing areas in New Zealand. And that number is pretty impressive, considering that in 1997, Wairarapa only produced 445 acres (180 hectares) [source: New Zealand Wine].

Which wines are the best? Read on to learn about famous wines of the Wellington Wine Region.

New Zealand produces great wine, but they also grow quite a few kiwi. It turns out, however, that this fruit was first known as the Chinese gooseberry. In 1903, Mary Isabel Fraser brought some kiwi to New Zealand after a trip abroad. In order to participate in a lovely form of tax evasion, exporters changed the name of the fruit to kiwi, which is a native New Zealand bird [source: Wood]. ­

New Zealand doesn't use an Appellation of Origin like many countries do in the global wine industry. But due to the multiple organizations and regulations regarding New Zealand wines, you know when you choose a bottle from the Wellington wine region that you're obtaining a delicious and safe product. Wellington’s Wairarapa wine region produces the following grape varietals:­

For the last 10 years, Wairarapa wines have been gobbling up all kinds of national and international awards. You can find a variety of classic reds, whites and roses from the producers in and around Wairarapa.

To learn more, visit the links on the following page. 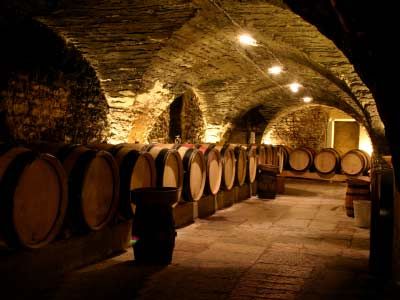 Up Next
French Wines
Explore More 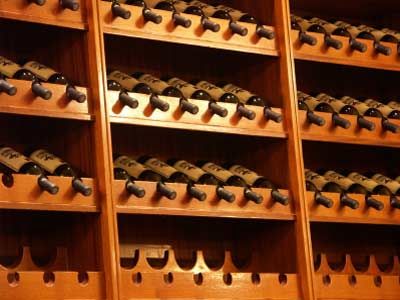