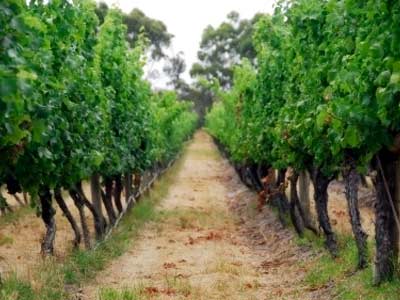 ­When someone mentions Australia, you may first think of kangaroos, the Sydney Opera House, surfing or the Outback -- but for a lot of people, great wine is mov­ing up that list. Although it hasn't always been known for high-quality wine, Australia is now responsible for 4 to 5 percent of the world's wine market [source: A Nice Drop]. That's especially impressive considering the ro­ugh climate of much of the land down under.

Western Australia is tropical in the north and temperate in the south. It's home to many hundreds of winemakers, with most of them in the southwest portion of the state. These wine regions include:

­Many countries use an Appellation of Origin to distinguish their fine wines. Australia is a little different: It just uses a Geographical Indication (GI). Winemakers use th­e regional names listed above to identify their wines, and these names have been registered for protection [source: Australian Wine and Brandy Corporation]. Because of this, it's easier to identify a good wine from Australia simply looking at the name on the label than it is for wines of many other countries.

So how did a country that started out as a penal colony rise to fame in the wine industry? In this article, we'll explore the history and culture of Western Australia's wine regions. Then we'll take a peek at the agriculture in the area and learn how the region's physical geography has affected winemaking. Finally we'll become acquainted with some famous Western Australian wines, both whites and reds, and some vineyards to check out should you decide to make this region a vacation destination.

Read on to learn how grape vines made their way to this island continent in the Southern Hemisphere.

­Before Europeans arrived on the con­tinent of Australia, there were at least 300,000 ­native aborigines living on the land. English captain James Cook sailed to the area in 1770 and mapped out the region, dubbing it New South Wales. New South Wales appealed to the English as an ideal place for a penal colony. Between 1788 and 1850, British ships unloaded more than 162,000 convicts to settle in Australia. The man at the helm of the first fleet was Captain Arthur Phillip. When he returned with more prisoners in 1788, he was carrying something very important to the future of Australia's wine industry -- European grape vines [sources: Dunn and McCreadie, A Nice Drop].

As settlers got a feel for the land over the years, they discovered which areas were best for cultivating which crops. Some farmers moved south and west to take advantage of the better wine-growing climates. It took more than a hundred years for Australian wineries to begin to produce high-quality wines. For many years, Australia produced a large variety of fortified wines, or wines that had brandy or other alcohol added to them. These are known as "plonk," or cheap, wines. In the 1950s and 1960s, Australian winemakers started turning their attention to the production of fine wines [sources: Total Travel, A Nice Drop].

In 1983, the Wine Industry Association of Western Australia was founded. This organization was created to set standards for the wines produced in the state and to improve and promote the crop [source: WIAWA]. As more Australian wineries have begun to produce more high-quality wines, annual festivals and events have become part of the local calendars of many regions.

Understanding the physical geography of the region and how it has affected viticulture requires a closer look at the land. Read on to learn about Western Australia's wine agriculture.

Wine from the West

Another well-known region is the Margaret River region. The vines in this part of Western Australia benefit from westerly and southwesterly air streams. The countryside is hilly, and the climate is Mediterranean. The region is famous for its wine's intense flavors.

Named for the Blackwood River, Blackwood Valley's wine production is boosted by cold winter temperatures. The region has rich, well-drained, gravelly loam soil that has been used to grow grape vines for the last 30 years [source: Blackwood Valley Wine Industry Association]. This is recent compared to Western Australia's oldest wine region, Swan District, where the first vines were planted in 1829 [source: Australian Wine and Brandy Corporation]. Swan District is a flat region with a hot Mediterranean climate.

The Manjimup and Pemberton regions are adjacent to one another, with Manjimup on Pemberton's northern border. Manjimup's soil is red and gravelly, and the region is a little higher in elevation than Pemberton. Pemberton's soil, on the other hand, is darker and has less gravel. On average, Pemberton gets about 2 1/2 inches (6.35 centimeters) more rain during the growing season than Manjimup [source: Australian Wine and Brandy Corporation].

Geographe lies along Western Australia's coastal plain. Its frost-free areas, hilly topography, sea breezes and moderate weather help grape vines grow in its gravelly lime soil. Sea breezes encourage the grapes in Perth Hills as well, where afternoon winds lead to warmer nights. The Peel region also starts on the sea but stretches inland, and its soil ranges from limestone sand near the coast to loam and gravel farther inland.

Now that we've explored the land, read on to learn about famous Western Australian wines.

Western Australia still produces fortified wines, sparkling wines and some dessert wines, but the region is best known for its luscious whites and reds. Whether you fancy red or white, you are sure to find something to satisfy your palate.

Australia's most famous red wine is Shiraz, but Shiraz grapes don't grow well in most of Western Australia's climate. Instead, the region's most notable reds include Cabernet Franc, Cabernet Sauvignon, Grenache, Merlot and Pinot Noir [source: Boehmer]. Other reds made in the region are:

Western Australia's many vineyards also serve as popular destinations for tourists. But if you can't imagine taking the long flight to one of Western Australia's wine regions to enjoy a glass of Shiraz, don't fret. Australia is one of the largest wine exporters in the world [source: Wine Australia]. This means you can find Australian wine as close as your corner grocery store. Remember to look for the regional name along with your grape preference when making your selection.

For even more information, visit the links on the next page.

Many vineyards offer wine tours, wine tastings and other amenities to accommodate tourists. Australian travel agencies even offer vacation packages that include side trips to vineyards in Western Australia. Each year, wine connoisseurs can enjoy one of the many festivals and events devoted to wine, such as the Perth Food and Wine Festival, Spring in the Valley and the Margaret River Wine Region Festival [source: A Nice Drop]. ­