How do you grill lobster tails? 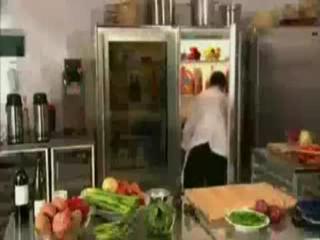 Many people think that the lobster tail is the most flavorful part of the lobster. Lobster tails are even more succulent when grilled. There are a few basic steps to take if you plan on grilling up some lobster tails. First, prepare your grill for use; make sure it’s clean and pre-heated. Next, place the lobster tails on a carving board with their backs facing up. Make sure you have a pair of sturdy kitchen scissors on hand in order to slice through each lobster shell. Press down on the tails as you crack the shells, which will prevent curling from taking place on the grill.

The next step is to expose the lobster meat. You can do this by putting your thumbs on each side of the cuts you’ve made in the shells. You’ll then want to pull the shells apart by rolling your hands toward the corners of the shells. Next, begin to remove the meat from the shells by starting at the wide end. You can leave the meat that’s attached to the narrow end.

At this point, shut the shells under the meat. The idea is to have the meat lie on top of the shells you just closed. Once you’ve done this, you’re ready to spread the meat with oil (a pastry brush is ideal for this) and then sprinkle on salt and freshly ground pepper. You’ll now want to put the prepared lobster tails on your preheated grid; the meat side needs to be placed face down. Finally, allow the lobster tails to cook on a covered grill for approximately seven minutes on each side. When grilling lobster, another way to know when it’s cooked through is to see when its center has turned opaque. 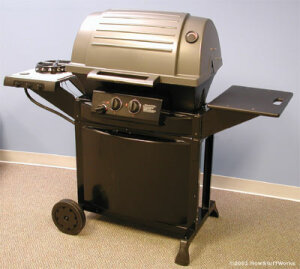