How to Choose Carbohydrates

Prev NEXT
Using the GI in real-life situations may sound complicated at first. But you just need to get a feel for the groups of foods that have low to moderate scores. Then choose those foods more often. Keep the following in mind: Glycemic Load and the Glycemic Index

While the GI is a useful tool when choosing between carbohydrates, there's another ranking system that may be more practical. The GI system ranks individual foods, which allows you to compare one to another in isolation. Yet we rarely eat only one single food at a time, and that's where the GI system has some limitations. Many factors can affect the rate at which a carbohydrate is digested and raises blood glucose levels. For instance, if you eat protein and fat along with carbohydrate, it is digested more slowly and raises blood sugar levels more gradually. Other factors that can have an impact on the GI of any food are:
Another limitation of the GI is that it requires participants to consume 50 grams of available carbohydrate for comparison purposes. For some foods, that's a reasonable amount to eat, but for others, it's not. For example, watermelon has a GI of 72, which puts it into the high-GI category. Knowing that might lead you to avoid eating watermelon, even though it's a healthy food and a great source of phytochemicals such as lycopene. What the GI doesn't tell you is that it takes a little more than 4 1/2 cups of watermelon to provide the 50 grams of available carbohydrate on which watermelon's GI is calculated. That's nine times the amount in a typical 1/2 cup serving.

Let's take the watermelon example from above. We know it has a high GI. Let's see what happens when we calculate its glycemic load. A typical serving size of watermelon is 1/2 cup, the amount of available carbohydrate in it is 5.75, and its GI is 72. The GL for this food is calculated like this: 5.753724100. If you calculate correctly, you get 4.14, which is rounded to get its glycemic load rating of 4. Watermelon doesn't seem like a high-GI food anymore, does it? That's what happens when you use the carbohydrate in a reasonable serving size to determine the effect on blood sugar. Using the GL shows that it is possible to include high-GI foods in meal planning (more on this later). Remember, eliminating individual foods from your diet, especially fruits, vegetables, whole grains, and beans that may have a high GI, means you'll miss out on lots of vitamins, minerals, and fiber. You can find in-depth information on the glycemic index and search for the GI and GL of individual foods at www.glycemicindex.com.

So far, we've discussed the role carbohydrates play in weight gain. Keep reading to learn about how carbohydrates can affect other areas of your health.
This information is solely for informational purposes. IT IS NOT INTENDED TO PROVIDE MEDICAL ADVICE. Neither the Editors of Consumer Guide (R), Publications International, Ltd., the author nor publisher take responsibility for any possible consequences from any treatment, procedure, exercise, dietary modification, action or application of medication which results from reading or following the information contained in this information. The publication of this information does not constitute the practice of medicine, and this information does not replace the advice of your physician or other health care provider. Before undertaking any course of treatment, the reader must seek the advice of their physician or other health care provider. 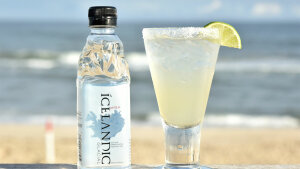