How to Make a Still

You can distill alcohol from wine or beer using a homemade still. It's important to note that distilling alcohol without a permit is illegal in the United States. Furthermore, the alcohol that can be distilled in a homemade still should not be consumed unless you are sure it is ethyl alcohol (ethanol), not methyl alcohol (methanol). Methanol boils at 148.46 degrees Fahrenheit (64.7 degrees Celsius) and ethanol boils at 173.12 degrees Fahrenheit (78.4 degrees Celsius). It's possible to attempt making ethanol but wind up producing methanol, which can cause blindness if consumed [source:

To create a still, you need just a few household items [source: World Food and Wine]:

Here's what to do:

Many stills use copper tubing through which the methanol (or "head") is discarded. Later the temperature is raised to the boiling point of ethanol to create the "tail." Alternately, because methanol is produced first, the first 1.7 ounces (50 milliliters) of distilled alcohol collected can be discarded, and the rest of the alcohol in the batch is likely to be (but is not assuredly) ethanol [source: Ackland]. 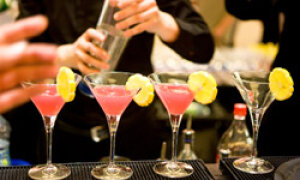 10 Essentials to Keep a Stocked Bar 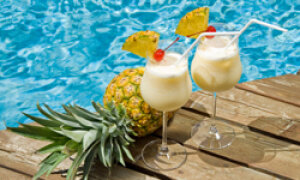