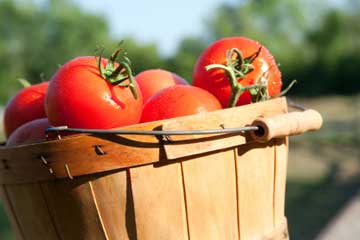 Fresh fruit can look like a tantalizingly healthy snack -- but is it actually deceiving you? See pictures of heirloom tomatoes.
©iStockphoto/tacojim

Nutrition can be tricky. With a laundry list of vitamins and nutrients needed daily, fitting all of them into a couple of rushed meals can feel like an impossible chore. Especially when you consider those nutritional labels might not all be as accurate as they appear. Nutritional labels are based on ideal levels of nutrient contents, but a multitude of factors affects how healthy a certain food product is -- sometimes for the better, but usually for the worse.

When it comes to produce, for example, it's a long list. Growing location and season, plant cultivar, maturity when harvested, processing procedures, shipping and storage methods, shipping duration, washing and cooking are among the many factors that can alter the levels of nutrients in a certain product; the effect those variables have on different commodities varies greatly from product to product and nutrient to nutrient.

In addition, studies on nutrient values aren't always terribly helpful. While pulling cans off the shelf and produce from the bins can determine the nutrients that a certain regional population is receiving, it doesn't speak much to the overall nutritional differences between freezing, canning and selling products fresh.

And that's the big question here. Many consumers believe if they eat fresh food -- which is typically more expensive -- they're getting a healthier meal. In some instances, however, this isn't the case.

Studies at the other end of the spectrum have focused entirely on processing at a specific growing site in order to measure the effect of processing, but ultimately, they don't follow the products to their destination to determine the impact of transport and storage [source: Rickman, et al. and Rickman, et al.]. Others puzzlingly study nutrients that aren't prone to diminishing by studying ones that are, while some don't bother to take into account what happens to the food once it hits the kitchen counter [source: Rickman, et al. and Rickman, et al.]. Even changes in moisture content can muddy comparisons.

So as you can see, the issue gets pretty complex. On the next page, let's look at some examples of how these many elements -- especially the big three: processing, storage and shipping -- can cause a fluctuation in those essential nutrients we all need. 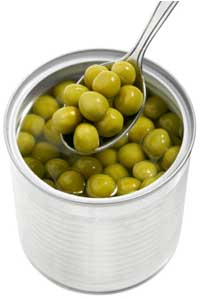 How Junk Food Works
Why does ginger settle an upset stomach?
Food Fillers 101