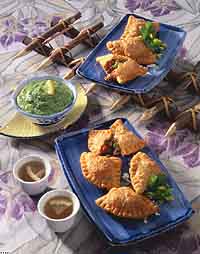 **Jalapeño and hot green chili peppers can sting and irritate the skin, so wear rubber gloves when handling peppers and do not touch your eyes.