by Kathy Price-Robinson
Prev NEXT
3 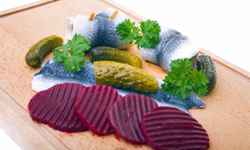 Midsummer is almost a high holiday in Sweden. That's because this country, closer than most to the North Pole, enjoys a very brief summertime period when plants and food can grow. Summer begins in May, peaks in June and is pretty much over by September, when the frigid, dormant season begins. There's an old joke about Sweden: It has three seasons: this winter, last winter and next winter.

And so, summer is celebrated! And there's a lot of time to celebrate as the days are really long. In the north of the country, the sun never sets at all during the peak of summer.

On the eve before Midsummer, Swedes pick flowers and make wreaths. On the day of Midsummer, the menu includes different kinds of pickled herring and boiled new potatoes with sour cream, red onion and fresh dill. These traditional foods may be followed by ribs or grilled fish, along with the first strawberries of the summer, which are topped with cream. Of course, some liquid refreshment is called for, and that is usually a cold beer and spiced schnapps.

In Mexico, the dead get their delicious due, as you'll see on the next page. 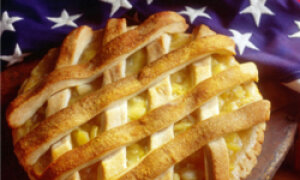