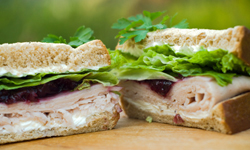 First, let's take a look at the bird.

The iconic centerpiece of the Thanksgiving meal, the turkey, is a versatile leftover. "It (turkey) has one of those blank canvases that enable it to be anything from Southwestern to the Italian to the Asian," said Sherrie Rosenblatt, spokesperson for the National Turkey Federation.

After indulging in the fattening gravy and extra whipping cream on your pumpkin pie, you might want to go with something a little healthier. Salads are a great way to get a few more vegetables into your diet. The Tropical Turkey Salad will give you protein and help you use up the rest of that leftover turkey.

Turkey noodles soup can do a body good.
©iStockphoto.com/Funwithfood

Soup pairs well with a salad. Even though chicken is usually the traditional poultry for soups, turkey can be substituted in many of those recipes. Try using some of your leftover Thanksgiving turkey in your next soup, or give Creamy Turkey Soup a try. It's an easy slow cooker soup recipe perfect for a winter lunch or dinner. For a soup in about 20 minutes, Tomato and Turkey Soup with Pesto is packed with vegetables and uses your leftover turkey as well.

Next, let's look at a distinctive turkey sandwich to pair with your soup.

For a nontraditional turkey sandwich with your leftovers, try this Rueben Crostini recipe recommended by Sara Williams-Clark, chef-instructor at Le Cordon Bleu, St. Louis, and member of the American Culinary Federation [source: Williams-Clark]. 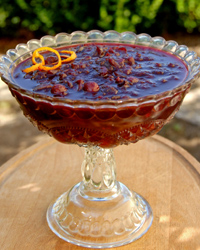 Turn your sauce into a dip and the possibilities are endless.
©iStockphoto.com/Funwithfood

Cranberries are usually grown in dry beds, but are flooded with water to prevent plants from freezing during the winter months [source: The Cranberry Institute]. Water is also used to float the fruit during the harvest. 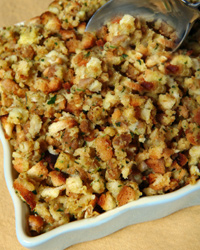 Roll up your leftover stuffing into yummy bread sticks.
©iStockphoto.com/adlifemarketing

Potatoes as the Meal

According to the U.S. Department of Agriculture, Americans eat about 130 pounds (59 kilograms) of potatoes each year [source: U.S. Department of Agriculture]. It's no surprise that many people enjoy potatoes on Thanksgiving Day as well as throughout the year. Mashed potatoes are usually used as a side, but when reusing leftovers, you can camouflage those mashed potatoes by incorporating them into a main entrée. Check out this recipe for Shepherd's Pie. Just substitute your leftovers for the instant mashed potatoes in the recipe.

Thomas Jefferson served the first french fries at the White House and is credited with introducing the food into the American diet [source: Washington State Potato Commission].

Potatoes as the Appetizer 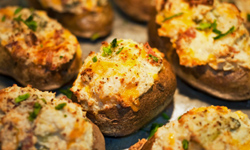 Leftover baked potatoes can also act as appetizers. Twice-baked potatoes are a great option for lots of leftover potatoes. Meredith Myers, manager for public relations at the U.S. Potato Board, recommends this recipe for spicy skins [source: Myers]. 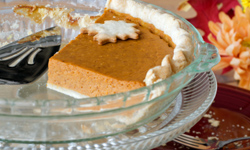 Jazz up your leftover pumpkin pie with a special sauce drizzled on top.
©iStockphoto.com/2GreenEyes

While most people probably won't have leftover pumpkin pie for long, to add a flavor kick to this dessert, Megan Ketover C.P.C, pastry chef/adjunct professor at Bakery Hill at Midwest Culinary Institute in Cincinnati and a member of the American Culinary Federation, recommends a Bourbon Whiskey Caramel Sauce with Toasted Pecans [source: Ketover]. 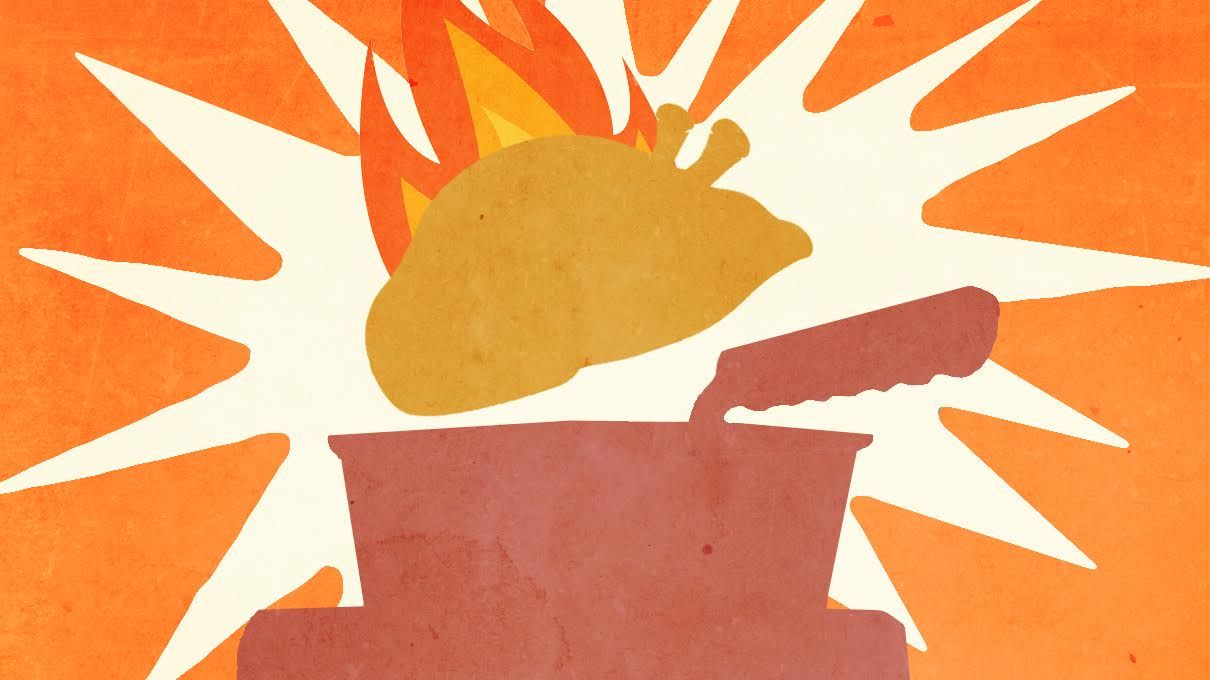