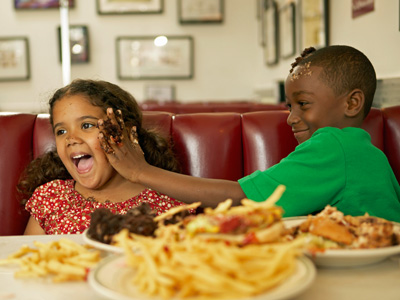 Kid-Friendly Recipes Image Gallery Ready to fling your food? Follow these tips to ensure a good time is had by all. See more pictures of kid-friendly recipes.
Plush Studios/Digital Vision/Getty Images

Sometimes you get ants in your pants. So you pick up a handful of cafeteria Jell-O and wing it at your frenemy at the next table. He or she may or may not retaliate, but this is an unquestionable invitation for a food fight. Staging a successful food fight is a craft that requires a little planning and a lot of know how. Here are some tips for food fighting like a pro.

The main objective of a food fight is to have a lot of fun making a huge mess that hopefully someone else will have to clean up. The element of surprise is the most important part of starting a food fight, so you need to make the first move a memorable one that you can relish while your nemesis tries to piece together what just happened. If you're out in public, you can usually count on the group mentality to round up some more people who support your cause, but it's probably not going to be anything like the movies. Just be aware that there could be some legal ramifications if you're in the wrong place at the wrong time. Once the adrenaline gets going, it's tempting to start trying to outdo your opponent, and sometimes that can lead to bad decision-making. You need to keep in mind that it's all fun and games until someone gets hurt. It' never acceptable to throw silverware or trashcans or anything else that can wound during a food fight. That is just plain bad food fighting etiquette.

Ideally, you'll want to layer foods. Start with something liquid and sticky as a base, which you can then build up. You get a lot of bang for your buck with mashed potatoes, which have a great trajectory as well as an excellent splatter factor. The texture of Jell-o gives a superior squoosh, and both are light enough that they shouldn't hurt -- just make sure to steer clear of the eye area. Foods like berries make an admirable mess, but they can also leave stains that are hard to get out. So if you want to avoid a costly dry cleaning bill, you may want to steer clear of soft, colorful fruits. Meats can be expensive, but deliver a big impact. There's nothing quite as satisfying as the slap of landing a stripbone steak to someone's upper arm. Just be sure that everyone is watching so you'll only have to do it once.

The best tools in a food fight are your hands. They're useful for throwing a wide range of foods, and they're pretty handy for smearing too, if your opponent is within range. If you need to cover some distance, silverware is perfect for its slingshot like capabilities. Plasticware will do in a pinch, but you risk snapping it in half. That being said, you do get a lot of surface area with a spork. If you need to fling some liquid, you can achieve a pleasing arc by using a glass or a pitcher. Bowls are a little shallow, but are good for dumping flours and grains. Just don't forget your liquid base if you want them to stick.

Did you know? Food fights are a common element in slapstick comedy. The old pie in the face gag gets 'em every time. 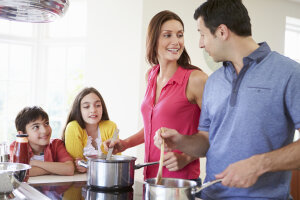 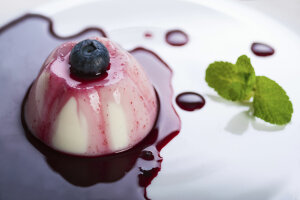 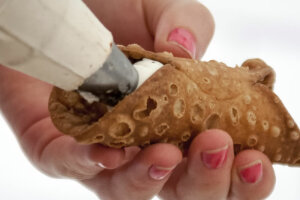