What foods are good for a child's brain? 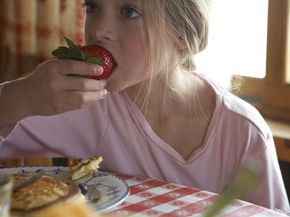 All parents want their children to have smarts that rival Albert Einstein's. Genes play an important role in determining intelligence, but many studies have shown that the foods children eat can actually enhance intellectual capability. Of course, many other factors come into play when developing an honor student, but downing a few of these healthy foods can't hurt.

Breakfast cereals: A healthy breakfast is crucial to keeping children's energy up during a long, snackless morning at school. Breakfast eaters have better concentration capabilities and memory recall. What's more, they tend to perform better in mathematics classes, have a wider use of vocabulary and score higher on cognitive tests [source: Food Resource and Action Center]. All breakfasts are not created equal, however. Avoid the energy crashes that accompany high-sugar cereals in favor of oatmeal, which is digested slowly and has been linked to improved spatial-memory tasks. If your child doesn't like cereal, serve eggs at breakfast -- they're high in choline, a substance that helps create memory cells.

Blueberries: These little berries pack a lot of goodness. Studies have shown that rats that consume blueberries have higher cognitive functions, and the same is believed to be true for humans. As if that immediate gratification isn't enough, blueberries and their antioxidant capabilities are also thought to keep Alzheimer's disease at bay [source: Prevention]. While your children may not need to worry about Alzheimer's quite yet, a few frozen or fresh blueberries a day could go a long way toward helping them academically. All berries are nutritional powerhouses, so try topping a dollop of plain yogurt with strawberries, boysenberries and cranberries.

Oily fish: The term may not sound too appetizing, but oily fish, such as salmon, fresh tuna and sardines, are a powerful source of omega-3 fatty acids. Strongly believed to increase learning ability and concentration, omega-3 actually helps brain cells communicate. In fact, fish oils have even been shown to raise IQ and help children with behavioral problems, such as attention deficit hyperactivity disorder [sources: Daily Mail, Medscape]. Avocado, walnuts, almonds and flaxseed are other good sources of omega-3. Keep in mind that children should only consume two servings or less of tuna per week because the fish contains high mercury levels.

Whole grains: Whole grains are chock-full of B vitamins and folate, which are linked to increased memory function. Whole-grain bread also trumps white bread because it releases energy slowly and steadily. This helps children and adults alike regulate blood sugar and stay energized for longer periods, improving their concentration and alertness. 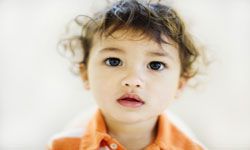 Up Next
10 Best Snacks for Kids
Explore More 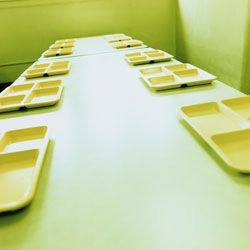