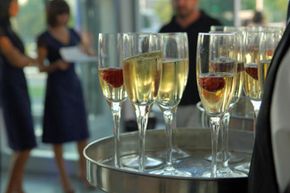 It's easy to over indulge on just about everything during the holidays. Check out these enlightened desserts pictures.
©iStockphoto.com/inkastudio

The winter holiday season is a time for family traditions, peace on Earth, goodwill toward men and weight gain. Putting on some extra pounds during the holidays each year is no accident. There are plenty of traps at every turn to tempt you into eating more and working out less. A study performed by Cornell University in 2006 found that the average human makes as many as 200 food-based decisions per day [Nauert]. When your kitchen is full of the sweet treats, rich foods and high-calorie beverages, those decisions become more important than ever. Here are a few of the health traps that may await you this holiday season.

There are many opportunities for overeating during the holidays that aren't around during other times of the year. The expansive meals that are such a large part of the winter holiday traditions are almost guaranteed to leave you with lots of leftovers. In fact, Thanksgiving leftovers are almost as popular as the meal itself. Since these meals aren't typically feasts of grilled chicken and steamed veggies, you're going to have a big health trap sitting in your fridge, calling your name. Overeating during the meal itself is tough to avoid as well. Thanksgiving dinner is known for having at least eight to 10 dishes, and even a small sampling of each will fill your plate. And sometimes, the brazen even go back for seconds. So much for portion control.

Drinks are another area where you can pack on some extra weight. Traditional holiday drinks like eggnog (with or without spiced rum) are high in calories, and alcohol consumption in general can be a holiday health trap. Office and neighborhood parties tempt even moderate drinkers to over-imbibe a little with the familiar excuse that, "It's the holidays." Even non-drinkers may be tempted to take part in the champagne toast. High-calorie party punches are common and something you wouldn't normally be drinking. All of these extra drinks and toasts add up over the course of a couple of months, and combined with the additional food and a lack of exercise, make for a dangerous health trap.

Another common trap you can fall into is succumbing to the leisurely pace of the holiday season. There are a couple of things working against you here. First, you may be traveling some for extended periods, or have family or other guests in town visiting you. This can't help but disrupt your normal exercise schedule. Even fitness buffs are prone to give themselves a break during the holidays because of travel and guests. It's also the dead of winter, which is pretty cold and wet in most parts of the United States. This doesn't exactly inspire you to get out and jog or scrape the ice from your car to drive to the gym. Falling into the trap of hanging out in front of a warm fire instead of exercising is a common holiday occurrence.

A 2006 report by Deloitte showed that 80 percent of people who joined a gym as a New Year's resolution drop out [source: vhihealthcare.com]. 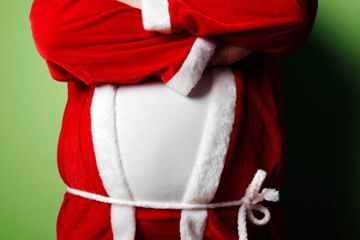 Up Next
Why do we binge eat during the holidays?
Explore More 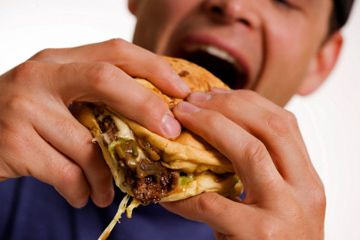 You May Like
Giving the Gift of Health 101
Explore More