by Christopher Hassiotis Jun 15, 2016
A new OpenTable survey found several menu terms that more than half of diners are unfamiliar with. knape/Getty Images

Have you ever been to a restaurant, looked at the flurry of words describing a dish on the menu, and felt utterly perplexed? Sure, you know chicken and steak, and even ingredients like chervil and tarragon, but it can sometimes seem like menus are written explicitly to be as opaque as possible. A recent survey created by online restaurant reservation site OpenTable identified the most confusing menu terms out there today.

According to the results of the OpenTable survey of American diners, these are the 10 least-understood phrases on today's menus, and the percentage of those polled who were unfamiliar with them:

Piri piri (a Portuguese term for spicy peppers and sauce): 64%

Bibimbap (a Korean dish of rice topped with vegetables, meat and a fried egg): 64%

Guanciale (the Italian term for cured pig cheeks and jowl): 62%

Ballotine (a French preparation of boning, stuffing and rolling meat): 61%

Part of the confusion stems from contemporary restaurants' use of less-familiar foods and non-English words for ingredients and techniques. Gochujang, a Korean pepper paste, for instance, is growing in popularity, but only 33 percent of survey responders know what that is. And while 45 percent of responders knew the term "amuse bouche" — a one-bite dish like you might find passed at a reception whose name is French for "mouth amuser" — that still means that more than half of those polled weren't familiar with it. (Maybe they need to watch more "Top Chef.")

As more U.S. kitchens get hip to Asian ingredients, words like "okonomiyaki" and "shiso" will likely become more common. But it's not just the cool new trends that cause diners to scratch their heads; some classic European terms like "en papillote" (cooked in paper) and "meunière" (a presentation dressing a dish, especially fish, with brown butter, lemon, parsley and often capers) remain puzzling.

To better convey the results of the survey, conducted by The Harris Poll, OpenTable also came up with a cute "menu decoder" graphic sporting easy-to-understand illustrations and pronunciations.

While some may grumble that opaque menus are just a way for hipster culinarians to toss around foreign terms and create a clique of those in the know, there's actually some philosophy behind not giving away too much on a menu. Some restaurants with minimal menus prefer to give a diner an idea of what a dish might be like, but want to encourage questions and interaction with service staff in an effort to create a more personal, less transactional relationship.

Now That's Reassuring
While the OpenTable survey found that many diners were confused by menu terminology, that doesn't mean they're not open to new experiences. Extra menu features like photos or a glossary would make 91 percent of respondents more likely to order something they were unfamiliar with, according to the survey. 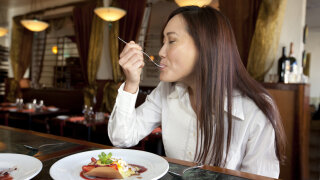 10 Careers Where You Can Eat for a Living 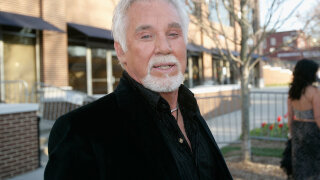 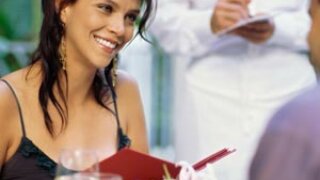