The Macy's Thanksgiving Day parade is an annual holiday tradition that began in 1924 by Macy's employees looking to celebrate their immigration into the land of freedom.

While the parade is now chock full of balloons, floats, bands and celebrities, it started much smaller than that with just a few of the animals borrowed from the Central Park Zoo. 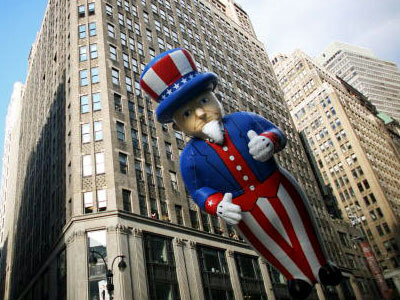 In 1927, balloons were added to the mix. At the end of the parade, they were released only to unexpectedly pop over the streets of Manhattan. 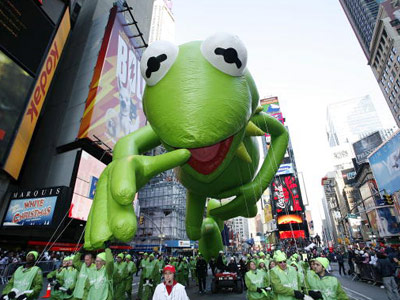 The next year, return labels were added to the balloons. If you were one of the lucky ones to find a popped balloon, you could return it to Macy's for a surprise. 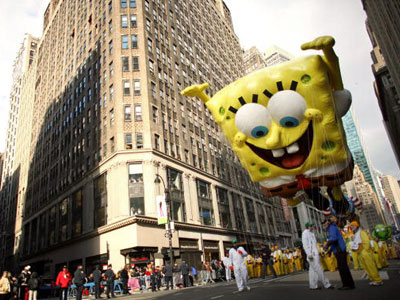 The only time the parade has not taken place was during 1942 to 1944. The helium and rubber rations during World War II prevented the balloons from being made and inflated. 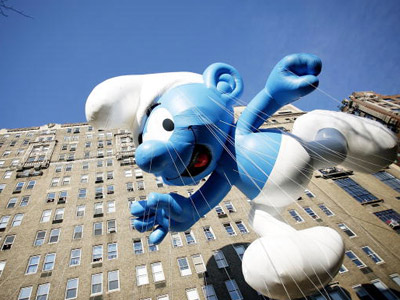 In 1946, the parade was televised locally and then nationally in 1947, beginning many traditions of watching the parade before Thanksgiving dinner. 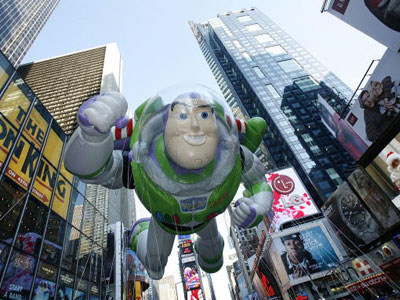 The telecast of the parade has won nine Emmy's since 1979. 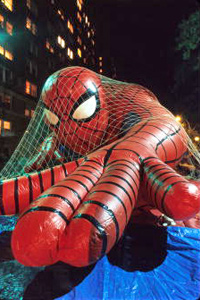 The parade balloons are designed and constructed in Hoboken, N.J. The day before the parade, they're folded and sent through the Holland Tunnel to the start of the parade.

The balloons begin as a 2-D sketch, then they're made into a clay model built to scale. From there, they're cut into a pattern and sealed. Included in the balloon are a large zipper, inflation device and a high-pressure valve. 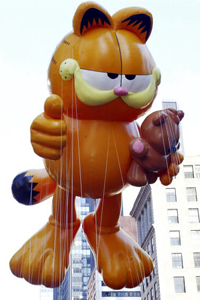 Once the balloons are built, they're taken for a test run to make sure there are no leaks in the balloon or danger to the crowds. 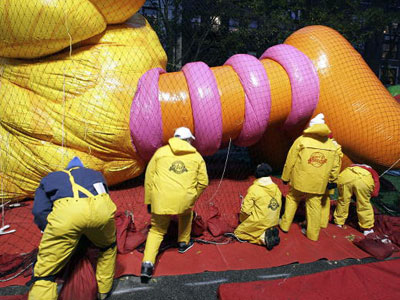 Crews work throughout the night before the parade, placing a protective net over each balloon before they're inflated. 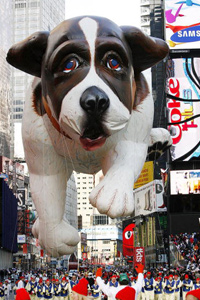 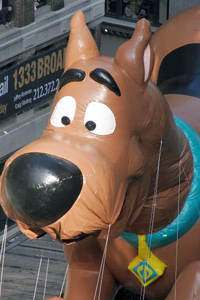 There was a worldwide helium shortage in 2006 prompting organizers to make a decision on the fate of the floats for the parade. In the end, they decided to include less balloons than previous years. 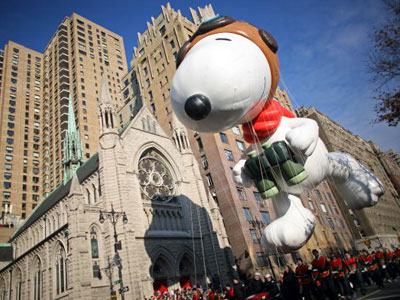 There are numerous characters in each Macy's Thanksgiving Day parade, but Snoopy holds the record for the most versions of a character throughout the years at six. 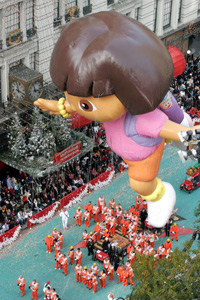 More than 4,000 volunteers work each year to make sure the parade goes off without a hitch. 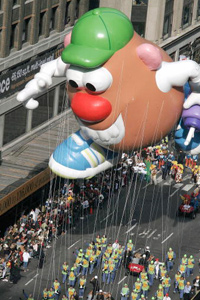 Balloons aren't the only attraction these days. Marching bands from around the country perform in front of the flagship Macy's store on 34th street. 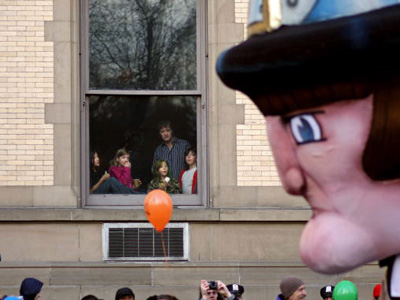 Each year, the parade is seen by 3 million spectators on the streets of New York City and more than 44 million TV viewers. 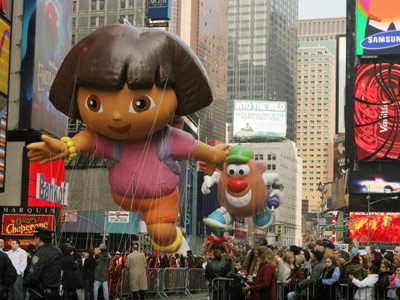 In 2009, the parade will leave it's traditional route along Broadway and move to Seventh Avenue. 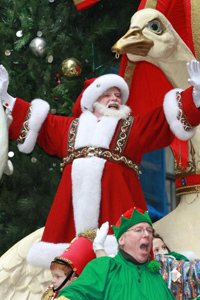 But one constant that will remain the same: Santa Clause. He's closed down the parade for decades.

What Is Candy Corn and How Is It Made?
Wholesome Christmas Treats 101
Homemade Sugar Plums