America ... land of the free and home of the wild turkeys? The Great Bald Eagle is the national bird of the United States, but Benjamin Franklin voted for the turkey! Discover more fun facts about everyone's favorite holiday bird. 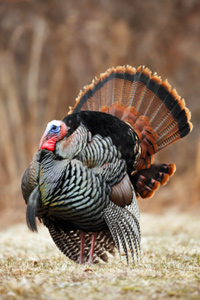 Wild turkeys are native to North America and were first identified hundreds of years ago. 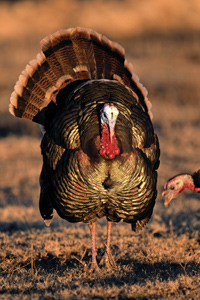 Benjamin Franklin, in a letter penned to his daughter in 1784, stated he thought the wild turkey should be the national bird of the United States. Obviously, he was overruled by the Great Bald Eagle. 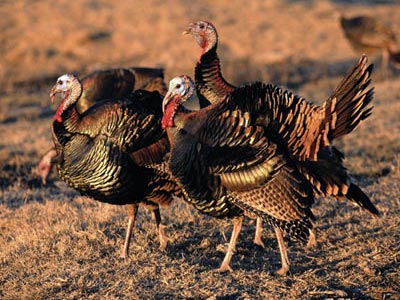 In the early part of the 20th century, the turkey population got dangerously low. But thanks to conservation efforts that began in the 1940s, the population is back around 7 million. 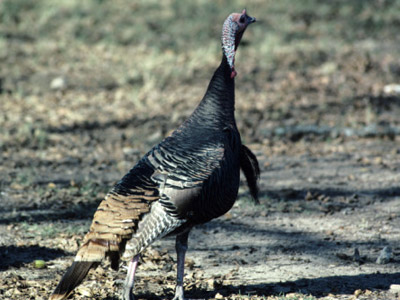 Wild turkeys have plenty of natural predators like skunks, foxes and snakes. Still, humans remain the No. 1 killer of wild turkeys. 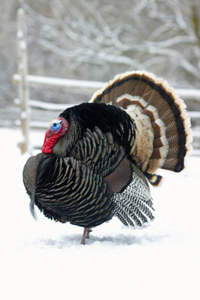 Male wild turkeys are typically much larger than females averaging around 10 to 20 pounds. 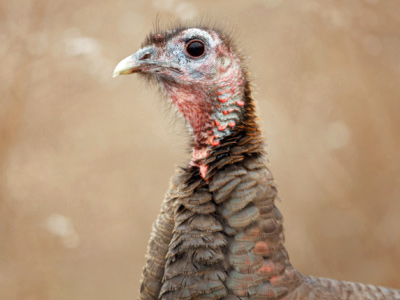 Females, on the other hand, only grow to approximately 6 to 12 pounds in weight. 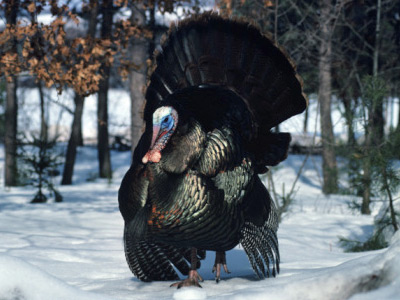 Wild turkeys typically carry more than 20,000 feathers at any given time. Males also sport a beard that sticks out from the breast. It's possible for a female to have the same beard, but it's rare and it depends on the subspecies. 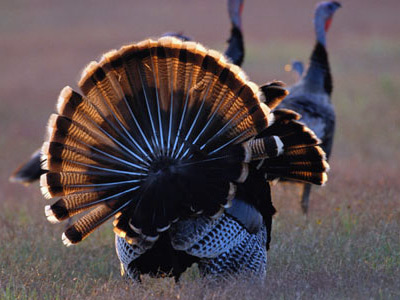 The feathers of wild turkeys come in an array of colors including red, purple, green and gold. The white tips seen on the tails of some turkeys come from being descendants of a subspecies from Mexico several centuries ago. 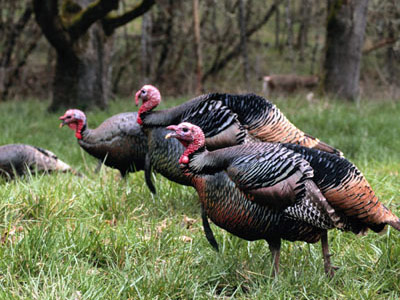 Although wild turkeys have the ability to fly, they don't like to go too high to find their food. Most turkeys eat the nuts, seeds and insects they find right on the ground or on low bushes. 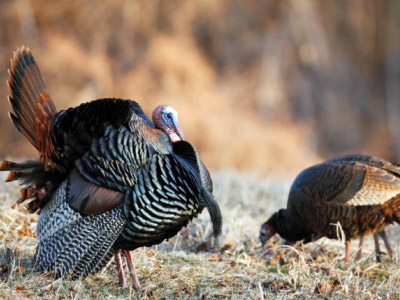 Males begin their search for a mate in the early part of the Spring. But the male turkeys are polygamous, so no one-hen turkeys need apply. 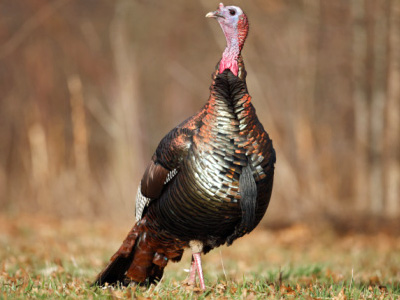 To alert their presence to the hens, male turkeys will gobble. That's just one of several calls they use to communicate with one another. 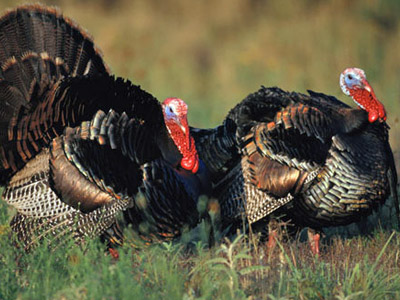 Wild turkeys also like to have a wingman with them when they're trolling for the ladies. But only the dominant male will strut their stuff to get the girl. This includes puffing up their chests and spreading out their tails. 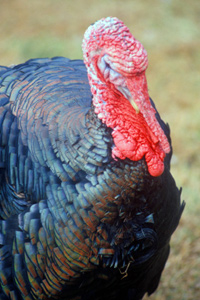 When the male turkey gets excited by the female prospect in front of him, the red flap on his bill fills with blood expanding its size. 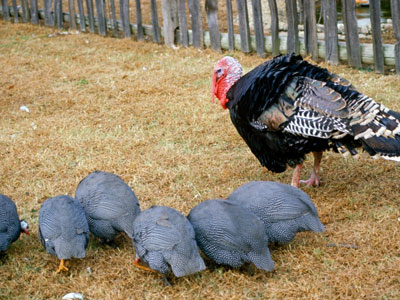 Hens typically will lay an egg per day for 10 to 14 days. The eggs then gestate for about 4 weeks. Once hatched, the poults leave the nest within 24 hours. Talk about an early case of empty nest syndrome. 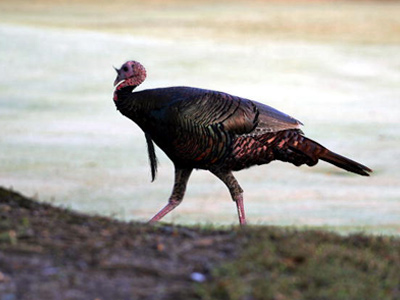 10 International Dishes for Your Thanksgiving Spread
How Often Does Halloween Candy Tampering Really Happen?
Ringing in the New Year: Toasting 101