What are genetically modified GM foods? 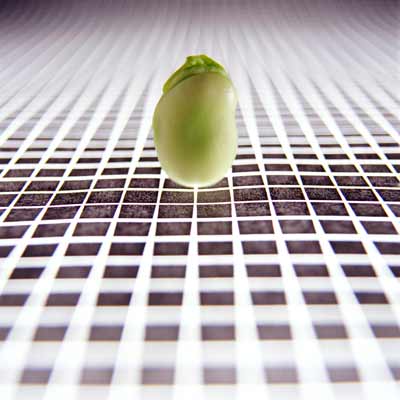 Man has been "genetically modifying" everything from food to dogs for many centuries; but in the past, the only tool has been selective breeding. For example, if you wanted to create a breed of corn with resistance to a certain fungus, you would plant a plot of corn and see how individual plants did with the fungus. Then you would take seeds from the plants that did well, plant them, look at their performance against the fungus… and so on over the years until you had created a strain of corn plant that had very high resistance to the fungus in question.

Using selective breeding techniques, people have created everything from variegated roses to giant pumpkins to strains of wheat with twice the yield and very high disease tolerance. In the same way, you can take chickens, analyze their eggs and find chickens with eggs that contain less cholesterol. Then you can breed them to create a strain of low-cholesterol chickens. You can select on any detectable trait and selectively breed members of the species that do well on that trait.

Genetic engineering techniques now allow scientists to insert specific genes into a plant or animal without having to go through the trial-and-error process of selective breeding. Genetic engineering is therefore extremely rapid compared to selective breeding. With genetic engineering, you can also cross species very easily (for example, you can create a plant that produces human insulin). You can read the article How Cells Work to learn about DNA, genes and gene splicing. The techniques are now standard and genes can be spliced very easily.

There are a variety of techniques used to modify plants and animals through genetic engineering. For example, there is a widely used herbicide called Roundup, made by Monsanto. Roundup kills any plant that it touches. Monsanto has genetically modified soybeans and other crop plants to create "Roundup Ready" strains that are not affected by Roundup. By planting Roundup Ready seeds, a farmer can control weeds by spraying Roundup right over the crop. The crop completely ignores the herbicide, but the weeds are eliminated. Roundup Ready seeds reduce production costs and increase yield, so food becomes less expensive. Other scientists have inserted genes that produce a natural insecticide into corn plants to eliminate damage from corn borers, and a variety of anti-fungal genes can be inserted as well. The list goes on and on -- there really is no limit to what can be done.