The Truth About Soy: When Is It Bad For You? 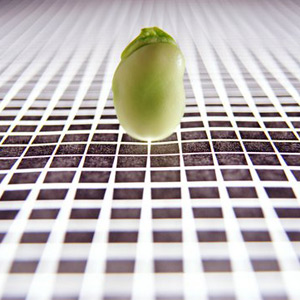 Soy is noted for its health benefits, but can it bad for you in some cases?
Ryan McVay/Digital Vision/Thinkstock

Need a protein-packed, low-carb, omega-3 rich food? Look no further than soy. This protein source is one of the best foods around, although its benefits are a little controversial. Let's take a look at the great and not-so-great aspects of this superfood.

A member of the pea family, the soy plant produces beans that come in pods. These beans can be roasted, or they can be made into all kinds of food products, including tofu, miso and seitan. Soy is even a great substitute for dairy and nut products, and it can be turned into soymilk, soy butter, soy ice cream, soy yogurt and soy nut butters.

Soy contains a lot of protein, and it's the most economical type of protein available, meaning it doesn't cost as much to produce as animal protein does. It's also really low-carb, and the U.S. Food and Drug Administration (FDA) has even ruled that if you have a diet that's low in saturated fat and cholesterol, eating soy may help you lower your cholesterol. If you're a vegetarian or vegan, soy can be one of your favorite foods, because it'll give your body the protein it needs.

Before we get to the questionable side of soy, let's talk about what's good about it.

Soy is a great source of protein.
Comstock/Thinkstock

Besides packing a protein punch, soy contains fiber, isoflavones and omega-3 fatty acids. Why are these good? Well, fiber is your No. 1 weapon against constipation and may even help prevent colorectal cancer. Soy's isoflavones contain phytoestrogens that act a lot like normal estrogen. This can help reduce the risks of breast cancer, prostate cancer, heart disease and osteoporosis. Soy is also a great source of omega-3 fatty acids, so if you don't eat fish, soy will help you get these acids into your diet so you can reduce your risk of coronary heart disease.

Sadly, soy is not the perfect food. Not everybody is a prime candidate to eat a soy-rich diet. There are even some instances when, depending on the way soy is processed, it could be detrimental to your health.

Unfortunately, sometimes soy is not the superfood you might think it is. One case is veggie burgers. In order to produce these low-fat burgers, food processors use hexane to separate the oil and the protein. Hexane is an air pollutant and neurotoxin. When used in soy processing, some hexane residue may end up in the final product. Scientists don't know if this is case detrimental to your health, but extreme hexane exposure can cause muscular weakness, numbness in your fingers and toes, blurred vision, headaches, or fatigue.

Not all veggie burgers are bad though. Organic soy burgers aren't processed with hexane, so eating those will eliminate that concern.