Browse the article Can Too Much Sparkling Water Be a Bad Thing? 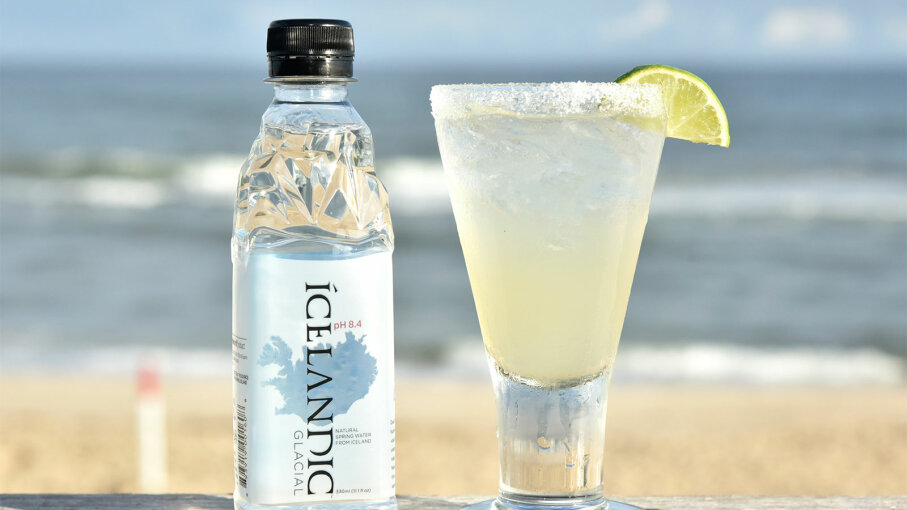 A view of the Icelandic Glacial sparkling water and Icelandic fizzy lime margarita during a party in Bridgehampton, New York. on Aug. 4, 2018. Eugene Gologursky/Getty Images for Hearst

As consumer preferences veer toward more natural ingredients in their foods and beverages, diet soda sales are dropping. In place of soda, carbonated waters, like seltzer water, are tingling ever more tongues – Americans are buying three times as much of the stuff as they did a decade ago. And although there are plenty of reasons to give up the artificial sweeteners in diet soda, could all those bubbles be potentially bad for us, too?

First, let's sip on a bit of carbonated water lingo. Sparkling water is a type of mineral water that's bottled at the source (think brands like Perrier). The minerals in them are naturally occurring, and the carbonation might be, too, although some manufacturers might add bubbles for more zip. Seltzer water's biting bubbles are all created artificially, but they have no other added ingredients save for natural flavorings of some sort (which has created intermittent uproar in recent years — as La Croix can tell you).

Then there are the offshoots of carbonated water that have added ingredients. Club soda is seltzer water, but with added minerals and sodium, potentially table salt or even baking soda, both of which reduce acidity and conjure a flavor that for many drinkers is more reminiscent of natural spring water. Tonic water is altogether another entity, typically loaded with high fructose corn syrup and a dash of quinine, making it more reminiscent of soda than seltzer.

All of these waters owe their existence to an 18th-century English preacher named Joseph Priestly who created a technique that forced carbon dioxide into regular flat water. When held under pressure, the bubbles remained indefinitely, until the drinker finally enjoyed the refreshing tingle of carbonation on his or her tongue.

Priestly erroneously touted his revolutionary drink as a way for sailors to beat back the effects of scurvy during long voyages, and even rigged up a portable system that allowed them to create carbonated water on board ships and on demand. Are modern health-conscious consumers mistakenly believing similar health benefits of seltzers and their kin?

"There has been concern that carbonated beverages can wear tooth enamel but this effect seems to be more prevalent with sugar-sweetened carbonated beverages (like soda) versus sparkling water or seltzer," says Marisa Moore, a registered dietitian in Atlanta, in an email interview. "But if you are concerned, you might rinse with plain water or enjoy seltzer with a meal to lessen any potential negative effects on tooth enamel."

A 2001 study found that sparkling mineral water caused slightly greater dental erosion than still water, but "levels remained low and were of the order of one hundred times less than the comparator soft drinks," according to the report. And a 2007 study found that flavored sparkling waters could be just as corrosive as orange juice to the teeth. But all the flavored waters in the study contained citric acid, which can be highly erosive.

Moore says beyond those issues, bubbling water is rather innocuous. "The carbonation may cause bloating for some and or feelings of fullness but overall it's a fine way to hydrate and especially helpful for those who don't particularly enjoy still or flat water," she says. And if you're trying to lose weight by cutting your caloric intake, that feeling of fullness might even be a benefit.

And fizzy water might be a good way to entice you into drinking more H20.

"Seltzer water is a fun and effective way to hydrate, particularly for those who wouldn't drink water otherwise," says Moore. "If you have any digestive issues or effects from seltzer water then you might cut back or even steer clear of it. Otherwise, I'd say consider enjoying your seltzer with a meal instead of solo or rinsing with plain water afterwards."

NOW THAT'S INTERESTING
Forcing carbon dioxide into water has some notable side effects. It makes the water a bit more acidic, which adds some bite to flavors. It also helps to preserve the drink to make it taste fresher longer.