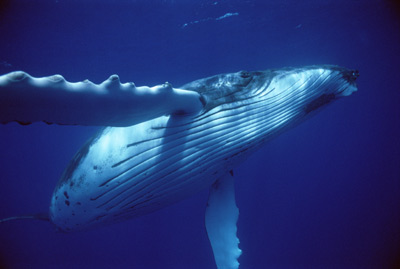 Muktuk (Alaska, Canada): Enjoy a hunk of whale blubber, which looks and feels in the mouth like densely packed cotton soaked in oil. It's attached to a thick piece of whale skin with the look and feel of worn tire tread. You cut off chunks of blubber and chew them--for a long time. Check out these name that food pictures.
Mike Parry/Minden Pictures/Getty Images

In recent years, Hollywood has learned that people like watching others chow down on calf pancreas and camel spiders. Even so, one person's offal is another person's delicacy. Here are interesting foods enjoyed around the world. 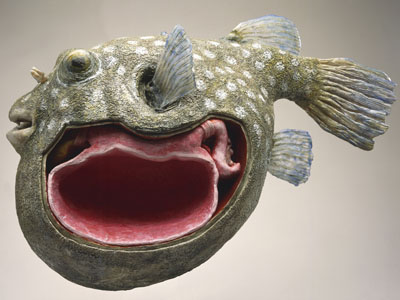 Fugu (Japan): Despite precise preparation by specially qualified chefs, this toxic puffer fish delicacy kills about 300 people per year. The emperor of Japan isn't allowed to eat fugu lest it be his last meal. For all that work and risk, it still tastes like fish, but you have to respect the chefs: To prove their skills, they must cook and eat their own fugu.
Geoff Brightling/Getty Images

Jellied eels (England): If you find yourself hungry as you hustle through London, grab a jellied eel from a street vendor. It tastes like pickled herring with a note of vinegar, salt, and pimiento, all packed in gelatin. Next time you're asked to bring something congealed to a potluck, interpret the request loosely and watch the fun.

Haggis (Scotland): Drink enough Scotch, and you'll eventually get so hungry you'll eat sheep innards mixed with oatmeal and boiled in the sheep's stomach. Safety-minded haggis chefs suggest poking holes in the stomach so it doesn't explode when the oatmeal expands.

Pombe (East/Central Africa): History shows that people will make alcohol from any ingredients available. That includes bananas, mashed with one's bare feet and buried in a cask. The result is pombe, an east African form of beer.

Durian (Southeast Asia): This football-size fruit with spines poses one of the weirdest contrasts in the culinary world. It smells like unwashed socks but tastes sweet. Imagine eating vanilla pudding while trying not to inhale.

Kimchee (Korea): A cultural staple, this spicy dish of cabbage fermented with salt and pepper smells like garbage to many. Most people have less trouble with the taste than the aroma, but we do taste partly with our noses.

Stinkheads (Alaska): If you travel to Alaska's Bering Sea coast someday, stop at a Yup'ik village and ask the natives about their culture. They have great fun introducing visitors to salmon heads that have spent the summer buried in the ground.

Sago beetle grubs (Papua New Guinea): Some tribespeople consider these bugs delicious. Then again, many of the same folks eat a lot of sago pulp (the inside of a palm tree). After months of eating tree innards, perhaps one would relish a roasted bug.

Gulyás (Hungary): Pronounced "guh-yawsh" in Hungarian, this isn't a strange food, but most people would like the real thing better than so-called "goulash," which doesn't do justice to Hungary's national dish. There are probably as many gulyás recipes as there are cooks. The genuine article is a spicy beef-and-potato stew with vast amounts of paprika.

Qat (Horn of Africa): From Yemen to East Africa, people chew this leaf to get a little buzz. One doesn't so much chew it as pack it between one's cheek and gum to get the full qat pleasure. Bear in mind that it is illegal in the United States.

Ayrag (Mongolia): When you're a nomad of the Gobi and there are no taverns, you're happy to settle for fermented mare's milk. It takes only a couple of days to ferment and turns out lightly carbonated.