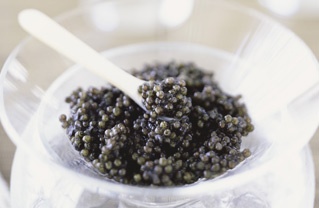 Sure, most sandwiches are born from whatever we have lying around the house: the final scoop of peanut butter, a jam that’s in season, dinner leftovers, the last dregs of lettuce. But a new trend in sandwich-making—or publicity stunts, perhaps—shuns these plebeian ingredients for strange fillings you're more likely to find on a yacht than between two pieces of bread. Here’s a look at some of the strangest, most expensive sandwiches ever to tempt the common man.

Lobster meat, notably the tail, is not by anyone’s standards cheap; hence, the famous “I’ll have the lobster” joke when you’re out with a date or your boss. Yet lobster rolls have become so ingrained in summer dining culture, particularly in the Northeast, that it’s easy to forget that they’re a privileged sort of food. Add caviar, as Wendy’s in Japan did this summer, and the extravagance factor goes through the roof. The multinational fast-food chain released a Lobster and Caviar Burger that’s just that: caviar and Canadian lobster piled on a bun. Cost? 1,280 yen, or about $16. Pricey as heck for a sandwich at Wendy’s.

Writers throughout the ages have extolled the virtues and magical qualities of truffles; in his 1955 memoir, Maurice Gaudeket (the writer Colette’s third husband) wrote, “Truffles—anyone who does not declare himself ready to leave Paradise or Hell for such a treat is not worthy to be born again.” It seems the restaurant at the Cliveden House Hotel, outside London, would agree: in 2007 they introduced a sandwich billed as the world’s most expensive: Iberico ham, poulet de Bresse (a very rare and desired French chicken), quail eggs, sundried tomatoes, sourdough bread, and, of course, white truffles. The sandwich weighed more than a pound and was offered for £100, or a near-inconceivable $162.

One doesn’t tend to think of artisanal ingredients when they think of a fast-food burger, but earlier this year, McDonald’s in France aimed to change that preconception. For a few weeks this winter, the fast-food chain offered fancy cheeseburgers topped with French cheeses such as Cantal, Saint-Nectaire, Fourme D’Ambert, and chevre. All of these gourmet cheeses had the AOC (appellation d'origine contrôlée) designation, indicating the French government’s certification of its agricultural specialties, and were served on a baguette with a special, presumably just as ritzy, sauce. No pre-wrapped, pre-sliced cheese for these guys, apparently!

In 2010, chef Martin Blunos, who owns two Michelin-starred restaurants in England, devised a sandwich that cost £110—nearly $179—making it the world’s priciest at the time. “We Brits are known to love our cheese sandwiches,” Blunos said, “and here’s one that not only comes with a royal price tag but is fit for the banqueting table.” Fit for a king, indeed: it consists of specially produced cheddar made from white truffles (which alone accounts for more than 80 percent of the total cost of the sandwich), powdered gold dust (which Brunos said “gives it a really special look”), and century-old balsamic vinegar, all piled atop sourdough bread. The chef’s suggestion? Pair it with a bottle of Krug—one of the most elite Champagnes in the world—and voilà: the priciest glorified grilled cheese on Earth.

During the holidays last year, Wendy’s decided to relaunch its Japan stores by adding, well, lots of random things we wouldn’t normally associate with the quaint, down-home Frosties of our childhood. As part of its new program, the fast-food chain introduced a $16 hamburger topped with foie gras. Never tried good ol’ foie before? A staple of high-end French cuisine, foie is basically the liver of a fattened duck, and it possesses a rich, velvety, buttery, and utterly decadent taste and consistency rivaled by very few other foods. The English writer Sydney Smith once wrote, “My idea of heaven is eating plates de foie gras to the sound of trumpets.” Smith probably never imagined that such an act would ever be possible in, say, Wendy’y. 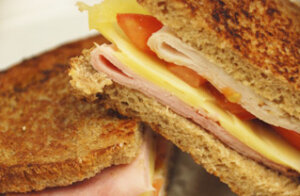 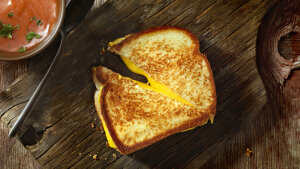 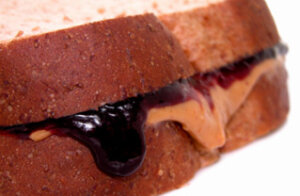