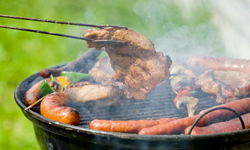 Hundreds of thousands of years ago, man stumbled across the invention of fire. Since that time, it's been used to warm homes and shed light. It's also been used to cook burgers, ribs and chicken. Although, the grill made its debut on the scene quite a few years after fire did. In the first half of the 20th century, grilling was done primarily over a campfire [source: Food Network]. That all changed after World War II. Soldiers returning from the war were given grants to build themselves a home. And because cars were much more common, many of the soldiers found land outside of major cities [source: University of Colorado, Boulder]. Thus, the suburb was born. And that paved the way for the backyard barbecue.

These days, there are dozens of different types of grills, and almost as many manufacturers. From the traditional charcoal grill to the popular gas grill, there's one in the majority of backyards around the United States. And Americans are using them more than ever. The National Barbecue Association estimates that grilling is up in 31 percent of households over the last year [source: NBBQ]. No matter what type of grill you use, there are thousands of recipes out there to make your mouth water. It can be a little intimidating, but HowStuffWorks is here to help. We've compiled a list of 10 of the most delicious and delectable recipes to get you started. First up, yummy grilled veggies.

When you were a kid, vegetables were probably a scary thing. But as you grew up and your tastes evolved, you began to eat them more and more. After all, we're supposed to have three to five servings per day. So why not make them extra special with a seasoned rub? Find this delectable recipe for Chili-Rubbed Grilled Vegetable Kabobs.

If chili isn't your thing, then how about a little Italian flavoring to tickle those taste buds? Whether you use all the suggested vegetables or throw in your own favorites, this one is sure to please. Just be sure to include the prosciutto and goat cheese to make it the real thing. Get the recipe for Italian Grilled Vegetables.

So maybe you haven't evolved from childhood enough to love your vegetables. But maybe if you hid them in something else, it might not be so bad. How about a cold summer soup on a warm, sunny day? The Grilled Summer Gazpacho could be just the thing.

Now it's time to put a little meat on those bones and on the grill. We'll start with the most common: chicken. But we're not talking about any old chicken breast. We're going to add a little kick to it with some chili and beer. Are you drooling yet? Then head over to get the recipe for Grilled Chicken with Chili Beer Baste.

Let's take a break from living off the land and dive into the water. Fish is quick and simple on the grill -- and if you add mesquite chips to the grill, your dish will get a unique flavor. The smoky flavor will make the fish jump off the plate and explode in your mouth. If you're ready to hit the beach and gobble up some salmon, then get the recipe for Mesquite Grilled Salmon Fillets.

Seafood is at the core of Mediterranean cooking, along with robust flavors from vegetables and spices. And the Mediterranean people have been cooking it forever so it's safe to say they know what they're doing when they cook fish. We'll take a lesson from them and add those hearty flavors to red snapper, a prized fish. Learn the recipe for Mediterranean Grilled Red Snapper.

If shellfish is more up your alley, shrimp is a great option for the grill. High in calcium and protein, shrimp is found around the world, in both fresh and salt waters. It should be easy for you to make it a winner all around. Find the super-simple recipe for Grilled Garlic-Pepper Shrimp.

Now, I know this isn't technically a meat we put on the grill, but the portobello mushroom is so thick and hearty, you'll hardly notice you aren't sinking your teeth into a juicy burger. Plus, it's a great option for any vegetarians that may be over for dinner. So, get your cap cooking and get the recipe for Grilled Portobello Mushroom Sandwich.

While the Portobello Sandwich is yummy and delicious, sometimes the only thing that will cut it is a big, juicy burger with all the fixings. And we've got a recipe for one that will make your mouth water and your fingers itch to get your hands on it. If you're ready to throw those patties over the hot coals, check out the Backyard Barbecue Burgers recipe.

So now it's time to get messy with ribs slathered with a special sauce. Seriously, what's a barbecue without ribs? And this recipe will have the meat falling right off the bone. Although you have to grill the ribs for a while, it will definitely be worth the wait. Let's get those hands dirty and that sauce all over your face with the Bodacious Grilled Ribs recipe. 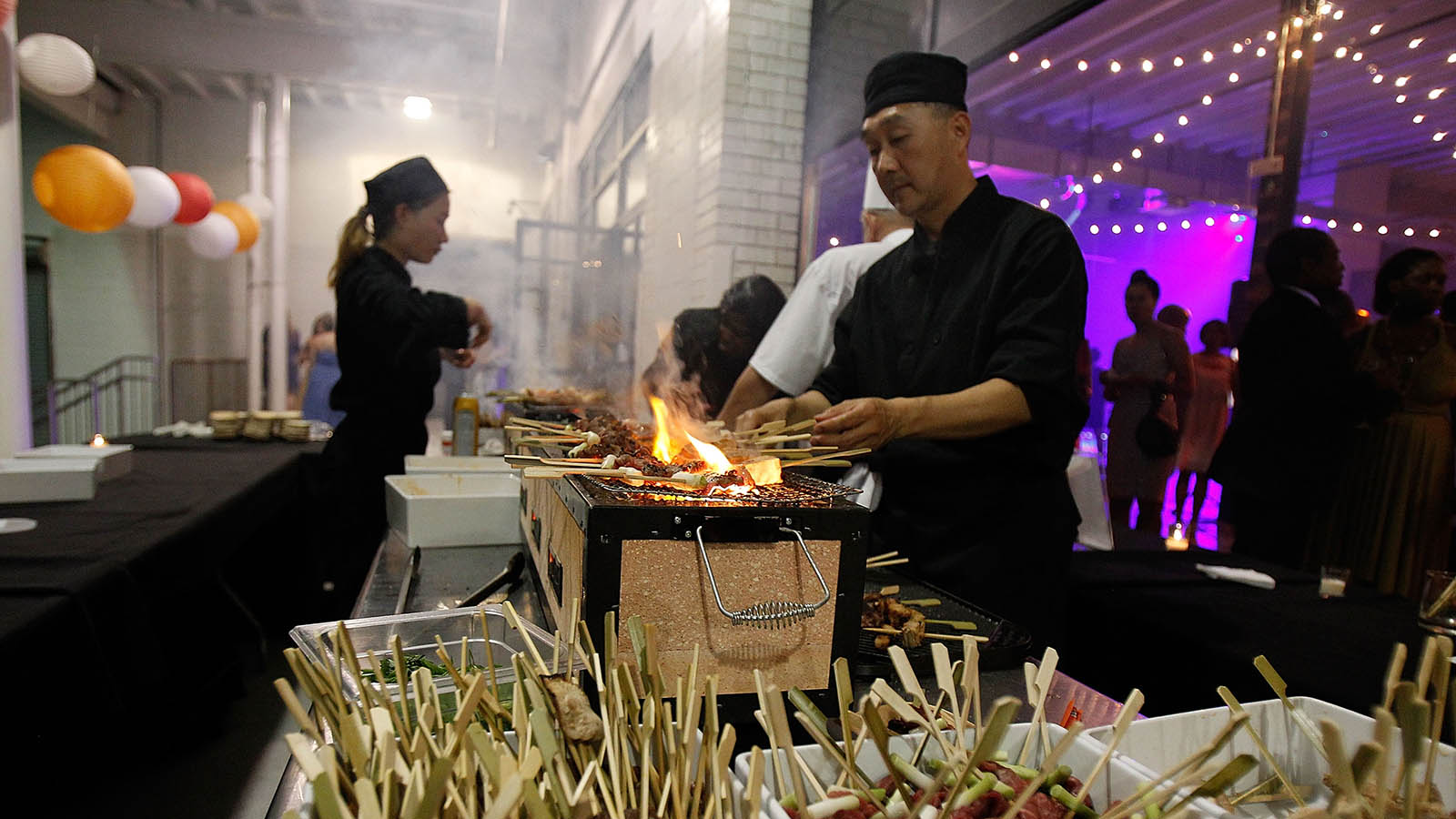 Fast and Furious Hibachi-style Grilling Is Both Dinner and Theater

The word "hibachi" has its origins in Japan, where it translates to "fire pot."

In Search of the Perfect Proustian Madeleine
Why Professional Bakers Never Measure With Cups, Only Scales
Oven Questions