10 Reasons You Should Have Lemons in Your Fridge 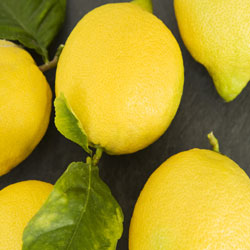 Lemons are a versatile, tart fruit that can be used for anything from a topping on grilled meats to an ingredient of many delicious cakes and pies. But there's more to the lemon than you might think. For example, did you know that lemon juice can help you boil eggs?

There are there are plenty of reasons to keep a few lemons in the fridge (and make sure you do keep them refrigerated -- they'll last several weeks longer that way). But just in case you weren't sold yet, we've compiled 10 unique, useful and interesting ways you can use these bitter little fruits to do everything from adding a punch to ice cubes to helping you prevent skin cancer. 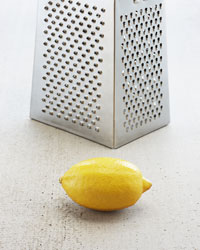 Lemon zest can perk up a sugar cookie recipe or a mixed drink.
David Muir/Getty Images

Lemon zest is a popular ingredient used for its strong citrus flavor, which comes from the oils secreted in the peel. It's typically applied as a garnish, and depending on what the recipe calls for, lemon zest can be minced or cut into long strips.

To make lemon zest, simply grind up the colored portion of a lemon peel or thinly slice it using a sharp knife or a peeler. Be sure to avoid the white pith underside, which is bitter and will give whatever food it's added to an unpleasant aftertaste. If you're having trouble peeling the rind or plan make a lot of lemon zest, you can pick up a tool called a zester to help.

Did You Know? Zests from oranges and limes also lend great flavors to cooking. 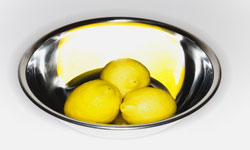 If you're watching your sodium intake or are just looking for something unusual to spice up your meals, try gremolata. Gremolata is an Italian condiment that's traditionally used with meat and seafood dishes, most commonly with veal shanks. However, if you love the taste of garlic and citrus, gremolata can also serve as a substitute for salt and pepper.

To make gremolata, all you need to do is mix equal parts lemon zest, parsley and garlic, and you'll have a versatile topping that can be sprinkled on just about anything. You can also tone down the garlic flavor by adding a few drops of olive oil into the mix. 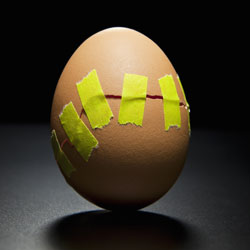 If you like your eggs hard-boiled, it's not a bad idea to keep lemons around. Before you drop the eggs into the boiling water, try brushing some lemon juice over the shells to prevent them from cracking while they cook. While you're at it, if you drop a teaspoon of lemon juice into the water, the eggs will be much easier to peel once you're ready to eat them. And don't worry about the juice affecting the eggs' taste -- as long as you don't go overboard, you shouldn't notice it at all.

Did You Know? Mixing a spoonful of lemon juice into boiling water will prevent rice from clumping up and sticking to the pot. A teaspoon of it will also keep boiling potatoes and cauliflower from turning brown. 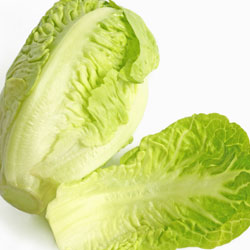 Nothing can ruin a salad quite like soggy lettuce. Fortunately, lemons can give lettuce a second life. To transform limp greens to their previous more palatable state, simply squeeze a halved lemon into a bowl of cold (but not freezing) water. Then, refrigerate the lettuce in the bowl for about an hour, dry it off, and presto! Like magic, your lettuce is revitalized and ready to be the star ingredient in a fresh, crisp salad. However, if the bag of greens you were hoping to revive is more gelatinous goo than wilted leaves, you should probably forget the salad and start making other plans for dinner. 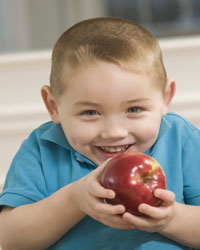 Aside from their myriad of other uses, lemons can also temporarily prevent many recently cut fruits from turning brown. Even when it's fresh, discolored fruit can be extremely unappetizing, so this trick can be useful when preparing anything from fruit salad to guacamole. All you need to do is squeeze lemon juice over the sliced produce, and it should keep its original coloring -- at least for a little while. The effect will last anywhere from a few minutes to several hours and works with many fruits, including avocados, apples, nectarines, pears, peaches and apricots.

However, while the acidity of lemon juice may forestall the fruits' natural oxidation process, it will also affect the flavor of the foods in question [source: Florida Agricultural]. Most people find that the lemon juice enhances the taste of most of the foods it helps protect, but your taste buds will be the judge of that. 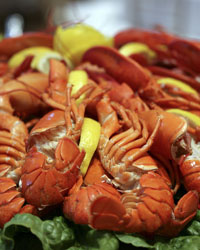 Lemon is the perfect complement to seafood.
Steven Miric/Getty Images

Did you know that sprinkling lemon juice over foods can help you reduce your sodium intake? Many of us consume an unhealthy amount of sodium, which can contribute to high blood pressure and increase the risk of a heart attack or stroke. On average, Americans consume close to 7,000 milligrams of sodium per day, and the body only needs, at most, 2,300 milligrams per day [source: redOrbit].

Lemon juice provides a sodium-free substitute for those looking for a subtle flavor enhancement for their favorite foods. It can enhance just about anything. Try squeezing lemon juice on chicken, beef, seafood and vegetables. Lemon juice even complements tofu. Many people actually find that lemon brings out many of the natural tastes and flavors that salt covers up. If you get tired of adding lemon to everything, the citrusy flavors of pineapples, oranges and limes are also pretty tasty. 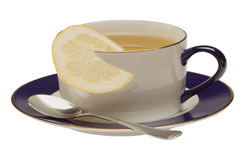 Hot tea with lemon is a winning combination.
John A. Rizzo/Getty Images

Drinking hot black or green tea with lemon peel in it has been shown to reduce the risk of certain types of skin cancers by up to 70 percent [source: BBC]. Lemon helps prevent sunburn and, in turn, acts as a skin cancer preventative. The natural ingredients found in the combination of tea and lemon peel protect the body from the sun's harmful UV rays -- the primary cause of skin cancer. You've got to drink hot tea to reap the benefits. Iced teas are not nearly as effective in cancer prevention because the water from the ice dilutes the cancer-fighting ingredients found in both the lemon and the tea [source: BBC].

Instead of grabbing a cup of joe in the morning, try dunking a lemon peel into some hot tea. You might stave off the most common form of cancer in the United States, and it tastes good [source: Stanford]. Coffee will just help you wake up. 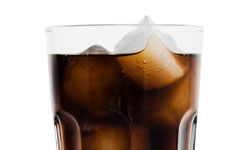 The hot summer weather can leave you parched and worn out. A cool way to revitalize is by adding a drop of lemon juice to your ice cube trays. It doesn't matter what you plan on adding ice to (water, soda or even tea) because almost everything tastes better with lemon. Halve a fresh lemon, then squeeze it into the water when you refill your ice cube trays. A few hours later, you'll have the perfect addition to any cool drink.

If you really want to kick up the flavor a notch, skip the water entirely and just freeze the lemon juice in your trays. The result will be tart, tangy and a great complement to just about any iced beverage. 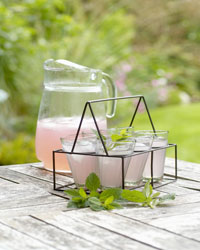 If you've got a bunch of lemons, you might as well try to make some lemonade. But you don't have to make the same tired, sour drink sold by little kids at lemonade stands. Because lemons are such a versatile fruit, you can throw just about anything into the mix and come up with something that's unique and tasty. Be creative and try mixing in pineapple or watermelon juice -- or even blend it with blueberry puree. If you really want to think outside the box, try stirring in chocolate syrup. For an adults-only party, add white wine or vodka to the pitcher.

Of course, there's nothing wrong with plain, old-fashioned lemonade concocted from ice, lemons, sugar and water. After all, this classic drink is always in demand, which is the reason entrepreneuring children can parlay it into summer pocket money. 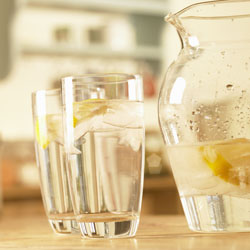 Sure, lemonade's nice, but what many people don't know is how good lemon water (lemonade sans the sugar) is for you. Lemon water provides a natural, tasty cure for many common ailments. For example, you can relieve a sore throat by gargling lemon water for one minute, three times a day. It also works to purify your kidneys, liver and blood [source: Wellsphere].

Like tea, lemon water can be especially therapeutic if you drink it while it's hot. Warm or hot lemon water does wonders for the digestive system and will help ease nausea, heartburn, diarrhea and constipation. If you drink it first thing in the morning, it will help flush out your digestive and circulatory systems, not to mention your bowels. Heck, it'll even help purge your gut of any parasites you might have floating around down there [source: Wellsphere]. 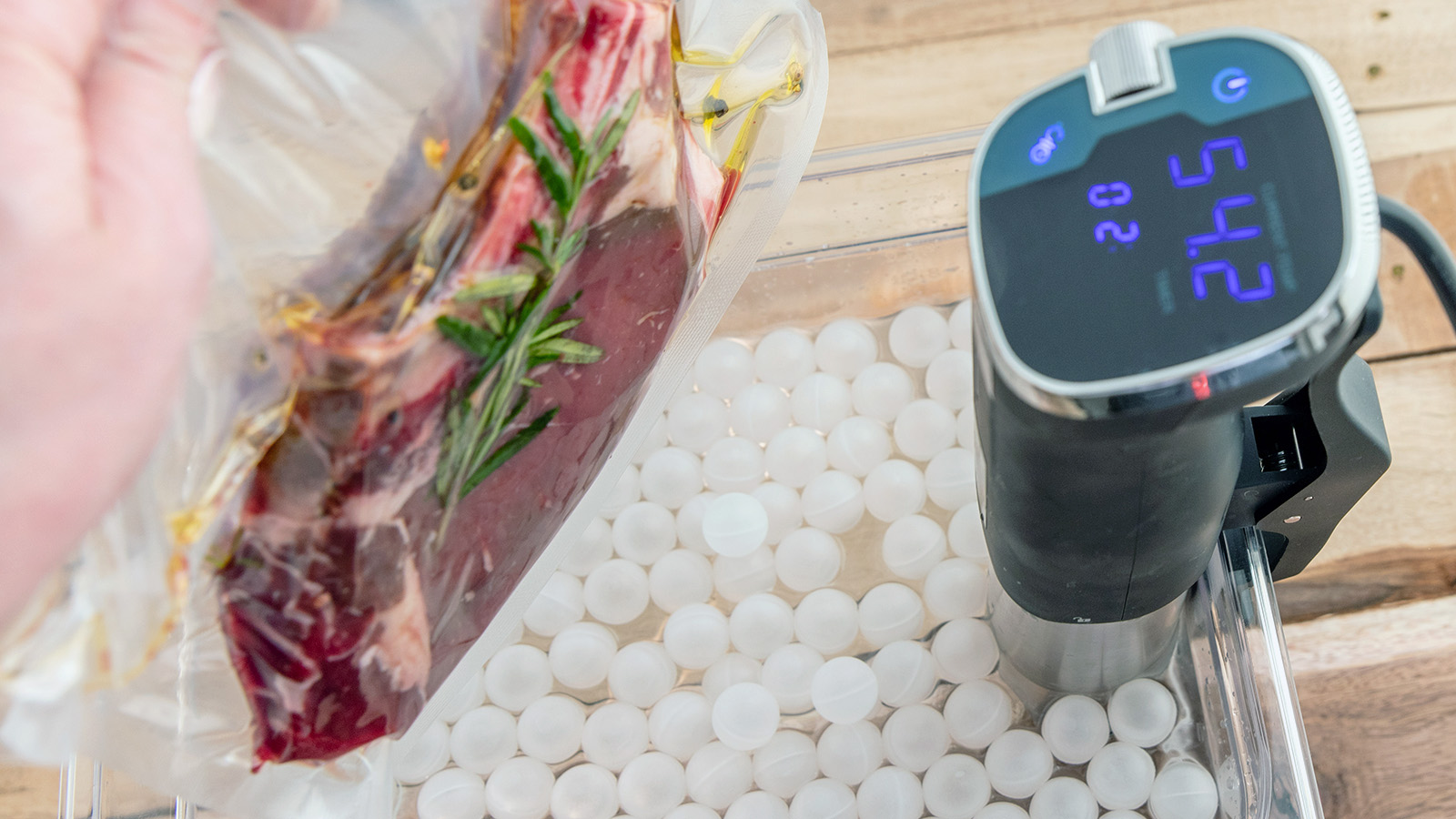 Sous vide has been gaining popularity with home cooks. So how does this immersion cooking work, and is it right for you? HowStuffWorks breaks it down.