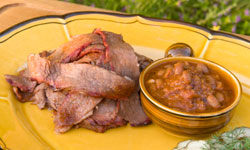 Barbecue. It's a true American tradition. People call it barbecue, barbeque, BBQ, Bar-B-Q, Bar-B-Cue and any other number of variations. We won't even get into the ever-raging controversy over what constitutes genuine barbecue. Is it pork only? Beef? What about chicken? How long must you cook it? Do you cook in a pit or over a grill? The details and meaning of barbeque differ tremendously from region to region.

There is one thing on which we can all agree, though. One of the secrets to lip-smacking, finger-licking barbecue is the sauce. Whether you buy it at the store or make your own, barbecue sauce comes in hundreds of varieties. Different regions of the United States prefer different types of barbecue sauce. But just about every single sauce has a base of either tomato, mustard or vinegar. We'll discuss the five most popular varieties on the next few pages.

So fire up the barbecue and let's get to it!

Kansas City is renowned for its barbecue. The region traces its barbecue roots to a man named Henry Perry. In the early 1920s, Perry sold slow-cooked ribs for 25 cents a slab, covered in a succulent sauce. The Kansas City style of barbecue involves slow smoking the meat over hickory wood. Sometimes it's smoked for up to 18 hours.

Where other regions may concentrate only on pork or beef, Kansas City tends to serve it all. Today, the city boasts at least 100 barbecue joints.

A homemade barbecue sauce will last only about 10 days in the fridge. However, don't use it right away. A good sauce needs about a day to rest and incorporate all the flavors.

Many people trace the origins of the mustard sauce back to German settlers in the 18th century. The sauce usually contains yellow mustard, apple cider vinegar, brown sugar and various spices. You may also find recipes calling for honey or molasses.

Traditionally, the meat of choice for South Carolina barbecue is pork. Enthusiasts cook the pork over an open pit with hardwood coals. The sauce is added just before serving.

Thanks to the Internet, you're no longer limited to the variety of barbecue sauces at your local store. Look online and you'll discover hundreds of crazy mom-and-pop brands to try out.

Although central South Carolina tends to enjoy a mustard-based sauce, the east Carolina style is all about vinegar. Now, mop sauce is a little bit different from barbecue sauce. People usually apply regular barbecue sauce shortly before serving. Mop sauce, however, is brushed onto the meat while it cooks -- like a baste -- sometimes with an actual mop head. Because this mop sauce is thin and acidic, it soaks into the meat while it cooks, adding a new level of flavor.

East Carolina mop sauce is basically just vinegar and hot sauce. It's best used on ribs or pulled pork. Because ribs are very fatty and sweet, the vinegar cuts the fat and enhances the taste of the rest of the meat. Some may also use it as a finishing sauce. People describe this sauce as tangy, spicy and peppery.

The first barbecue sauce was actually just vinegar. It originated in the 1700s in North Carolina and Virginia. As it spread in popularity, different regions added different twists, like mustard or ketchup or fruit.

Some areas of North Carolina refer to their barbecue sauce as a "dip." Lexington Dip is quite similar to east Carolina sauce, but with the addition of tomato or ketchup and sugar. These serve to cut the vinegar flavor a bit and add a little sweetness.

Lexington sauce is thin, with a tart taste. Some describe it as "sweet and sour," from the balance of vinegar and tomato. This sauce is also brushed onto the meat while it cooks, with one last baste right before serving. Some people also like to serve it on the side to drizzle over the meat right before eating.

Lexington-style cole slaw is a popular side dish in the region. Rather than the traditional white coleslaw, it's slaw mixed with the same Lexington Dip. It offers a spicy bite on the side.

"Bark" is what barbecue fans call the caramelized crust that forms on the outside of the meat.

Texas sauce isn't as thin as a vinegar-based sauce. It's a bit thicker in consistency, but not super-thick. Its base is tomato sauce or ketchup, and it's meant to be added to the meat right before serving. Many people will first barbecue the meat with a dry rub of different spices and finish it off with the Texas sauce.

Spicy, but not overly sweet, Texas style sauce uses spices like chili powder, paprika, cumin and any other "secret ingredient" the barbecue lover might want to add.

Because Texas is cow country, your Texas barbeque will likely be beef. A popular choice is brisket, smoked in a pit with hickory or oak. The sauce should be served warm, on the side.

Is your stomach growling? Check out the links on the next page to learn even more.

The first commercial brand of barbecue sauce went on the market in the 1920s, from the Louis Maull Fish & Cheese Company. The sauce is still on grocery store shelves today. 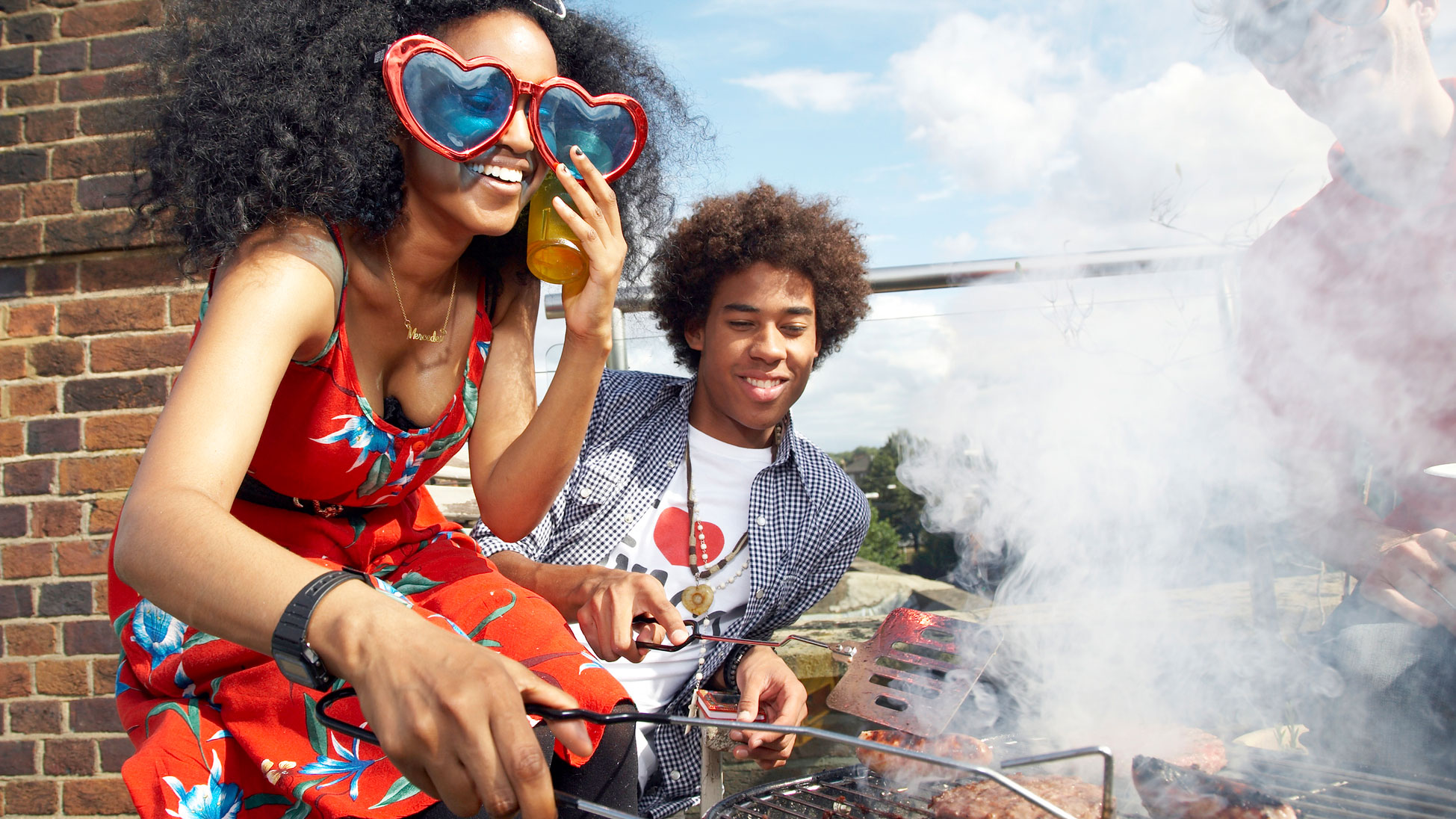