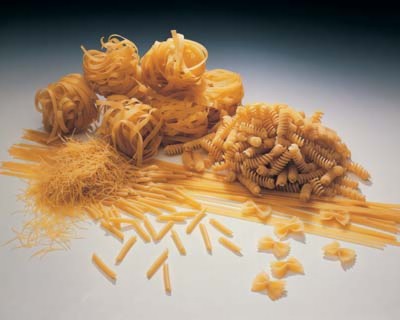 Q. Sometimes when I read a recipe's directions, the cooking terms confuse me. Can you explain what they mean?

Q. Sometimes when I read a recipe's directions, the cooking terms confuse me. Can you explain what they mean?

A. Fortunately, many cooking terms that sound complicated actually refer to a simple task or process. Here's a list of some cooking terms, and an explanation of what they mean. You'll find that there's really no mystery, once you learn the lingo.

Al dente: Often found in pasta recipes. It means to cook the pasta just until it's done, not soft or overcooked.

Au gratin: Refers to a baked dish, such as a casserole, topped with cheese or bread crumbs, then browned on top, either in the oven or under a broiler.

Baste: Spooning or brushing food with a liquid -- such as butter, broth, or the cooking liquid -- to help the food stay moist during cooking.

Blanch: Placing food briefly in boiling water and then plunging into cold water to halt cooking. Blanching loosens the skins of fruits and vegetables to help peel them more easily.

Braise: Slowly cooking browned foods in a small amount of liquid in a tightly covered pot.

Butterfly: Splitting meat, poultry, or fish in half horizontally without cutting all the way through. When spread open, the flat piece looks like a butterfly.

Caramelize: Melting and cooking sugar over low heat until it browns. "Caramelization" also refers to the browning that occurs during cooking.

Chiffonade: Thinly sliced strips or shreds of vegetables or herbs.

Cream: Rapidly mixing one or more ingredients with a spoon or mixer until smooth and creamy. When you cream butter or other fats, the mixture also becomes fluffy because air is incorporated during the rapid mixing process.

Curdle: Separation of a mixture into a liquid with solid particles. For example, soured milk curdles.

Deglaze: Adding a liquid to a pan in which food has been browned, and heating it to loosen the cooked food particles. This liquid is usually thickened to make a flavorful sauce.

Julienne: To cut a fruit or vegetable into matchstick strips about 2 inches long.

Reduce: Boiling a liquid in an uncovered pot or pan to evaporate some of the liquid. This reduces the volume, concentrates the flavor, and thickens the mixture.

Sauté: Cooking and stirring a food in a small amount of fat over direct heat.

Score: To make shallow cuts in the surface of a food just before cooking or baking.

Sear: Using high heat to quickly brown the surface of a food to seal in the juices. Foods can be seared in a very hot pan or under the broiler.

Simmer: Slowly cooking food in a liquid just below the boiling point. Tiny bubbles may break the surface.

Steep: Soaking dry ingredients in a hot liquid to infuse it with flavor and color, as with tea or coffee.

Sweat: Cooking food over low heat in a small amount of fat in a covered pot or pan so it cooks in its own juices until soft but not browned.

Zest: The peel or colored part of citrus fruit skin, which contains flavorful oils. (The white pith is not part of the zest, and has a bitter taste.)

For more tips on cooking and cooking techniques, see: