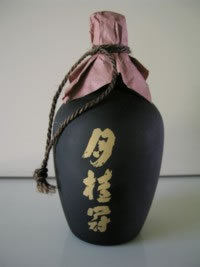 A. Sake (pronounced sah-kee) is a Japanese wine made from fermented rice.

It's made in a fashion similar to beer but uses rice in place of barley (which is fermented to make beer).

Sake-brewers add malt, yeast, and water to steamed rice, and allow the mixture to ferment to convert the starch in the rice into alcohol.

The result is a light-yellow liquid with a slightly sweet taste that can be enjoyed hot or cold (usually depending on the type of sake it is).

Also depending on the brand, sake's alcohol content can range from 12 percent to 16 percent.

While sake is widely used as a beverage, it is also commonly used in Japanese cooking, usually in sauces or marinades.

If you're worried about getting a buzz from your food if you decide to use sake in your cooking, don't fret: In any recipe that calls for cooking with sake or wine, the alcohol will evaporate during cooking, leaving behind its subtle flavor.

Is chocolate addictive?
Ultimate Guide to the Trentino-Alto Adige Wine Region
How to Freeze Tomatoes