Why is there a gluten-free backlash? 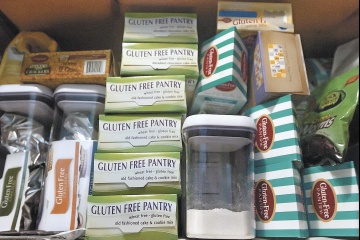 Despite the relatively small percentage of people with celiac disease in the U.S., there has been a surge in the popularity of gluten-free products.
The Washington Post/Getty Images

Despite the relatively small percentage of people with celiac disease, gluten-free diets have become the diet trend du jour in America. Gluten-free foods represented a $4 billion industry (and growing) in 2014, and a full one-third of adults are trying to eliminate or reduce gluten consumption. Somewhere between two and three million Americans follow completely gluten-free diets, despite the fact that only a fraction of these people actually have celiac disease [source: McCarthy].

The backlash against the gluten-free lifestyle is likely linked to the frustration of those who actually have celiac disease and feel that others are less likely to take their disease seriously when giving up gluten has grown into such a hot trend.

Others may feel that people without celiac disease who jumped on the gluten-free bandwagon are misinformed to follow an expensive diet that offers relatively few documented health benefits and may even be harmful [source: Jessiman]. Many gluten-free dieters claim to have a sensitivity or intolerance to gluten. They may not have celiac disease but feel that consuming gluten makes them sluggish and causes gastrointestinal issues like bloating and gas.

This non-celiac gluten sensitivity is not yet well understood, and it's not even clear if eating gluten can actually cause these types of effects if you don't have celiac disease. One 2013 study tested patients with self-diagnosed gluten sensitivity and found that these patients showed no observable reaction to gluten — that is, their symptoms were the same whether they ate gluten or not. It's possible that the symptoms of so-called gluten intolerance are actually caused by allergies or sensitivity to carbohydrates found in wheat, not gluten and other proteins [source: Biesiekierski et al].

If you decide to avoid gluten without a celiac diagnosis, keep in mind that gluten-free diets aren't always the healthiest option for everyone. Taking away gluten can eliminate much of the fiber, vitamins and minerals in some foods. Additionally, some gluten-free recipes are higher in calories, carbohydrates and sodium than their gluten-rich alternatives [source: Jessiman].