A Worldwide Olive Oil Shortage May Be Looming

by John Perritano Feb 24, 2017
Heavy rains and the olive fly have decimated Italy and Southern Europe's crop of olives, dropping output of olive oil and pushing prices through the roof. MARIO LLORCA/Corbis via Getty Images

There could be another oil crisis looming, but this time nobody will have to weather long lines at the gas station. They'll just have to pay more for olive oil. Bad weather and a pesky insect have all but decimated this year's olive crop in Southern Europe, which produces more than 70 percent of the world's olive oil and generated $2.2 billion in 2013.

Italy alone produces about 442,000 tons (401,000 tonnes) of olive oil annually. But the Italian olive harvest recently took a beating when early rains knocked the buds off the trees, decreasing its yield. Next came an infestation of Bactrocera oleae, more commonly referred to as the olive fly. The destructive insect devastated Italy's crop from the inside out. Italian oil producers are expected to produce only 290,000 tons of oil this year, far below 2016's 470,000 tons (426,000 tonnes).

“It's really bad,” Borri says. “These Italian companies are going to lose a lot of revenue this year. There is not enough production. The price for extra virgin olive oil is crazy; a 13 to 14 percent increase. The price changes every day.”

Borri says the olive harvest in Italy is abysmal, and has greatly impacted the country's largest suppliers. Eataly, he says, buys most of its extra-virgin olive oil from small producers, which in many cases have fared better than the larger suppliers.

But it's not just the Italian harvest that has taken a beating. Flooding in Spain and a heat wave in Greece have also damaged olive crops in those countries. Greece, for example, lost 25 percent of its harvest and Spain 50 percent.

The bad harvests come at a time when the popularity of olive oil has reached an all-time high. Worldwide demand has increased 75 percent in the past 25 years, driven mostly by specialty markets. According to statistics from the North American Olive Oil Association, the Greeks use more than 6.3 gallons (24 liters) of olive oil a year per person; the Spanish nearly 4 gallons (15 liters); and the Italians about 3.4 gallons (13 liters). By contrast, Americans use barely more than 1 quart (1 liter) per person each year, while Canadians use a bit more than 1.5 quarts (1.5 liters).

As demand for olive oil skyrockets and supply decreases, the cost has spiked. The situation is so severe in Italy that wholesale prices have risen 64 percent as of mid-February 2017 compared to just a year ago, and as a result, Italian consumers are paying 15 to 20 percent more. Wholesale prices are also up 10 percent in Spain, the world's largest producer. Experts say those living in Great Britain can expect to pay 33 percent more for olive oil by the end of the 2017.

The United States, however, may weather the olive oil crisis better than most because of the strong dollar. Although Americans consume far less olive oil per person than other countries, it's still the third largest consumer of olive oil, using about 9 percent of the worldwide supply. Most of the olive oil that comes into the United States — around $800 million worth — is imported from Italy and Spain.

Now That’s Interesting
Adult female olive flies can lay up to 400 eggs just under the surface of the fruit. When the hungry maggots hatch, they begin tunneling through the olive, destroying its pulp. The damage they cause paves the way for a secondary infestation of fungi that rots the fruit, lowering the quality of the oil.

When, and Why, Did America Start Calling Its Citizens 'Consumers'? 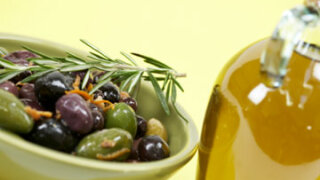 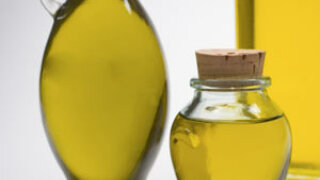 Is olive oil good for my skin?

The Gullah Geechee Tradition of 'Haint Blue' Paint Keeps the Spirits Away
May 27, 2020